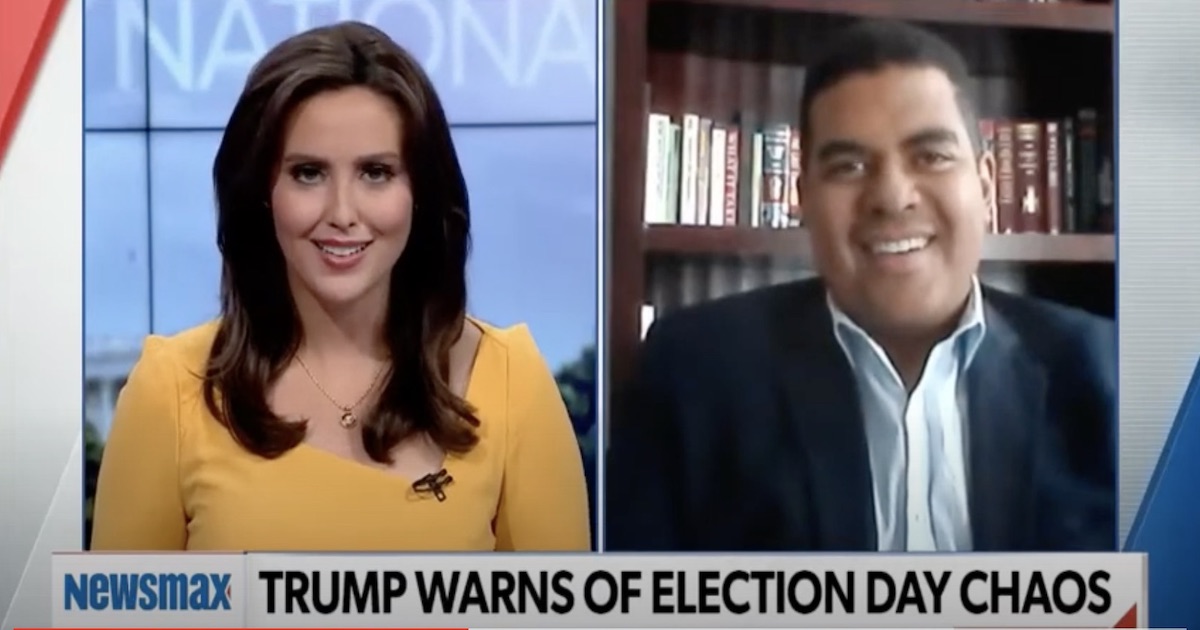 Asked about the possibility of “election night chaos,” Project 21 member Rich Holt – a campaign strategist by trade – said it could happen.  But he assured Newsmax TV host Emma Rechenberg that he thinks the election will be decided by the beginning of December. This would guarentee a peaceful continuity of government on January 20, 2021.

In an interview on Newsmax TV’s “National Report,” Rechenberg asked Rich why “the idea of accepting American election results has become such a heated topic” these days. Rich blamed the faulty assumption that alternatives to in-person voting are inherently trustworthy:

It’s because mail-in ballots are so terrible that the Europeans abandoned them back in the 70s. It was rampant with fraud and corruption.

Here in the United States, we have a serious problem with making sure that the ballots – when they get in – are actually counted. And the absentee balloting/vote-by-mail states – they always have these problems with fraud.

In trying to pinpoint the potential problems with mail-in voting, Rich noted that procedural problems will likely garner the most media attention in close contests:

The problem we’re going to have is: do signatures match? Are they gonna throw out the ballots?

As states try to meet their legal deadlines for reporting election results, there will be inevitable challenges. When asked about Hillary Clinton’s assertion that Joe Biden “should not concede under any circumstances,” Rich said there is an obvious double-standard for pretty much anything liberals do. That, he said, needs to be taken into account considering the sanctity of an election process:

The fact is they want to rig the election through mail-in voting, and there’s not really much we can do except trust the mechanisms we have in place to make sure we have a fair system.

He looked to one aspect of the process – one that liberals currently hate – as its savior:

I think the Electoral College will do that just fine.