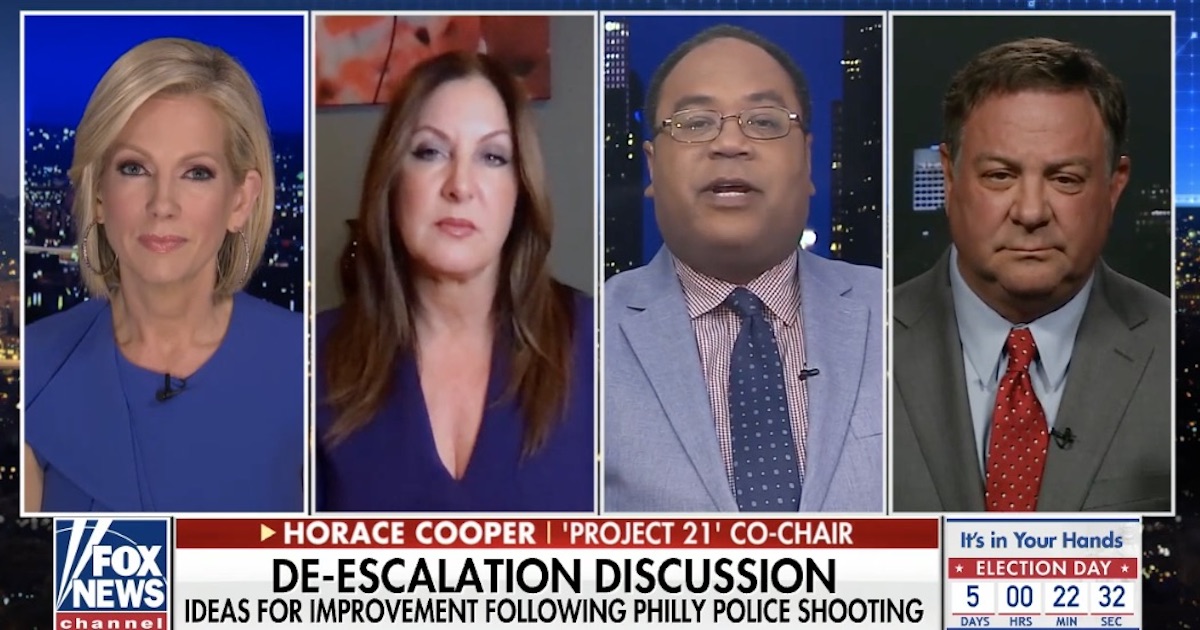 A police-involved shooting death in Philadelphia involving a man with mental health issues is bringing more attention to demands that law enforcement officers use milder tactics such as shooting-to-wound and having social workers or health care professionals ride along with officers. Horace Cooper, co-chairman of the National Center’s Project 21 black leadership network, called activists’ demands “ludicrous” and “dangerous.”

Taking command of a panel discussion on the Fox News Channel program “Fox News @ Night,” Horace pointed out that black Americans actually want more protection from the police in their communities, and that they are already playing a key role in American law enforcement.

“Black Americans have been saying consistently throughout this summer – at a fever pitch level – we want more law enforcement, not less,” he noted.

Walter Wallace, Jr. was shot and killed by Philadelphia officers on October 26 after he approached them with a knife. Police had been called about Wallace more than once on the day of the shooting, and he had several arrests on his record. Wallace also suffered from a bipolar disorder.

Despite his family making the 911 call about Wallace, and Wallace rushing at the officers in an apparent effort to do harm, the use of deadly force against him is now being criticized. Ensuing protests have devolved into looting in numerous cities in which dozens of police officers have been injured in attempts to keep order.

With calls to defund police and to disallow tactics for police to subdue alleged lawbreakers, and with Philadelphia District Attorney Larry Krasner on record as saying “policing and prosecution are both systemically racist,” Horace sought to dispel the myth that black Americans live in fear of the police and want them out of their communities:

My brother just retired as a corrections officer – working on death row in Texas. And that was a responsibility – a serious one – that our family understands and commends. One of my cousins has done 25 years as a law enforcement officer for the Houston PD.

People should be aware black men make up seven percent of the population and nearly 13% of law enforcement in America. That disproportionate level of commitment is mocked by the people who would say to them: put your life on the line, go out there when the mother of the child of this man who was just killed and… his own mother ask for restraining orders against this individual…

Speaking directly to liberal reform ideas that he said would impair current policing techniques, Horace said such actions would do a disservice to at-risk communities that need the support of law enforcement:

[W]hat we’re seeing in too many communities – when people talk about “injure them” – is let’s let them continue abusing the households and the families where they reside.

That’s not something my brother, my cousin or thousands of other blacks in law enforcement are willing to sit idly by and allow.