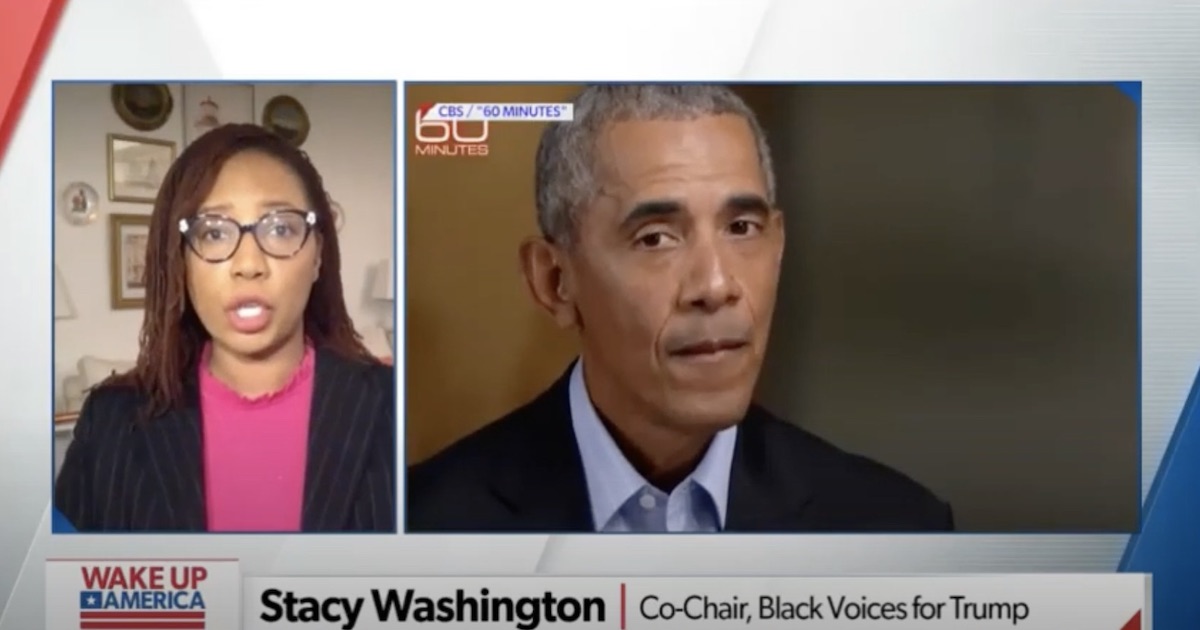 As part of the press tour promoting his latest memoir, former President Barack Obama sat down with “60 Minutes” correspondent Scott Pelley to talk about – among other things – America’s alleged systemic racism.

After Obama called American history a “legacy of discrimination and Jim Crow and segregation that we’re all responsible for,” Project 21 Co-Chairman Stacy Washington deemed his declaration “disappointing.”

In the interview, Obama said that “we can all do better on this front than we’ve been doing.”

Responding to this on the Newsmax program “Wake Up America,” Stacy simply asked host Rob Schmitt:

First of all, how can you – Rob – or me – Stacy – do better in stopping criminals from having improper interactions with the police?

Stacy noted that there are often perfectly justifiable explanations for police-involved shootings that are being overlooked by Black Lives Matter activists and their media enablers:

Look, there have been a couple of unauthorized or unjustified police-involved shootings. But, for the most part, we’re talking about individuals who were interacting with the police because they have committed a crime or are suspected of committing a crime. And then, after that, things go wrong when they fail to follow police orders.

How indeed. Stacy also pointed out that Obama is talking down to the American people when he heaps racial guilt on them when, as she previously explained, actual responsibility for perceived offenses is tenuous:

Every time [Obama] comes back to peddle a new thing he’s selling, [remember] he’s in the most elite part of America…

This is not you and me talking. This is an elite individual lecturing us about what we can do to make things better for criminals. I’m not accepting it.

Another thing that came up in the “60 Minutes” segment was that this almost might not have been. Obama almost didn’t run. That would have been preferable to Stacy:

Every time he comes out, I’m more disappointed.

I wish he’d followed Michelle’s advice. She told him not to run.

Think of how great America would be if he had taken that advice!