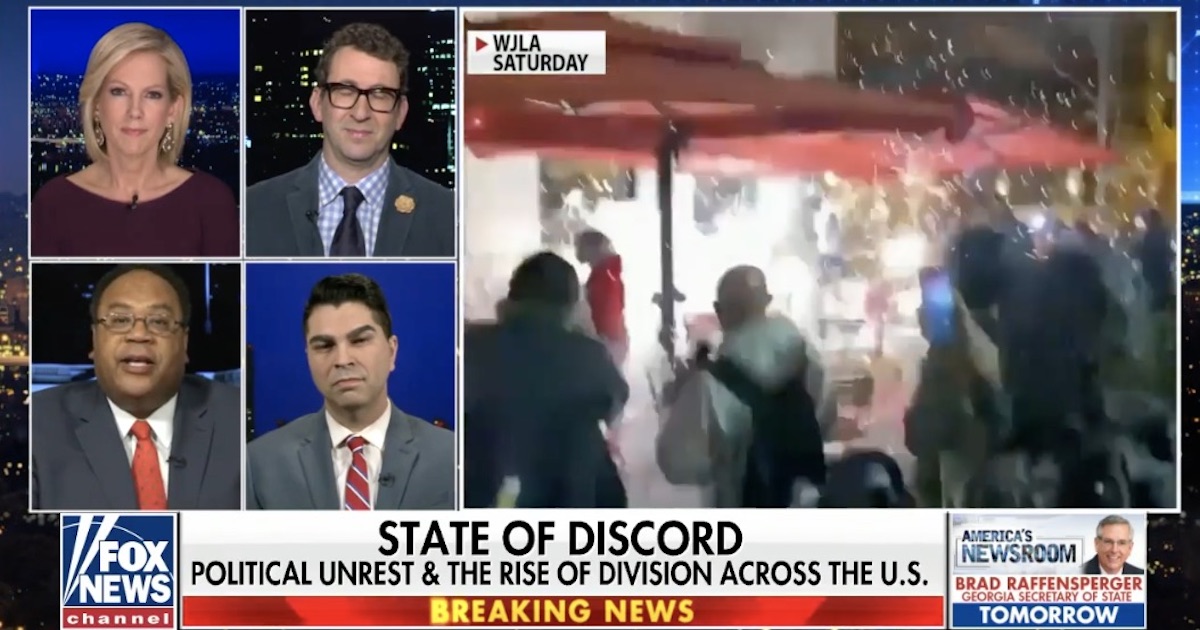 When elected leaders like California Governor Gavin Newsom issue draconian restrictions that will effectively cancel traditional Thanksgiving plans for many families, it’s extremely hypocritical when he is found celebrating the birthday of a political crony at one of the most expensive and exclusive restaurants in the world.

Host Shannon Bream said that it is “hard for people to swallow” the prospect of no Thanksgiving or Christmas celebrations due to COVID-19 restrictions when there are many examples like Newsom’s out there.

Liberal PAC leader Ethan Bearman responded by claiming that there is “no leadership out of Washington” on the pandemic. He suggested that the Trump Administration has hindered the promotion of recommendations such as wearing masks, social distancing and the washing of hands, and by doing so forced the imposition of these lockdowns.

But Bream asked, “Who’s mocking and making fun of [preparedness] if [politicians] go out and do things that they’re telling us not to do?”

One instance of liberal politicians saying one thing and doing another is Chicago Mayor Lori Lightfoot, who sought a lockdown of the Windy City after openly rallying for Joe Biden after the election because she said people “need to have relief.” Another is Washington, D.C. Mayor Muriel Bowser, who broke her own travel ban and quarantine rules, calling it “essential travel” to go to Biden’s victory party.

If you’re going to make the kind of demands that we’re seeing,…  you [need to] lead by example.

That’s far worse – this hypocrisy – than any undermining of the overall effort that we’re attributing this this administration.

And speaking of crowds, Horace gave his firsthand observations of both the size and the good behavior of the recent D.C. rally supporting President Trump, contrasting it with major liberal gatherings of the past:

I actually was in law school here in Washington, D.C. when the [Louis Farrakhan] Million Man March came to town. This was bigger.

When you look at what happened during the inauguration week during 2016 – with the people wearing the pink hats – this was multiple times bigger.

The thing about it is – like you have seen in some other settings like when the Tea Party held some of their marches – the places looked better when they left than when they arrived. You don’t see a mess. And, most importantly, you didn’t see fires. You don’t see looting. And it wasn’t until dark that these elements that have been terrorizing our cities all summer showed up and began to act out.

This is quite telling.

With regard to behavior, Seattle talk radio host Jason Rantz added that he was “not shocked” when Bream showed video of Antifa/Black Lives Matter militants throwing lit fireworks into the outdoor seating area of a D.C. restaurant in an effort to harass Trump supporters after the rally.