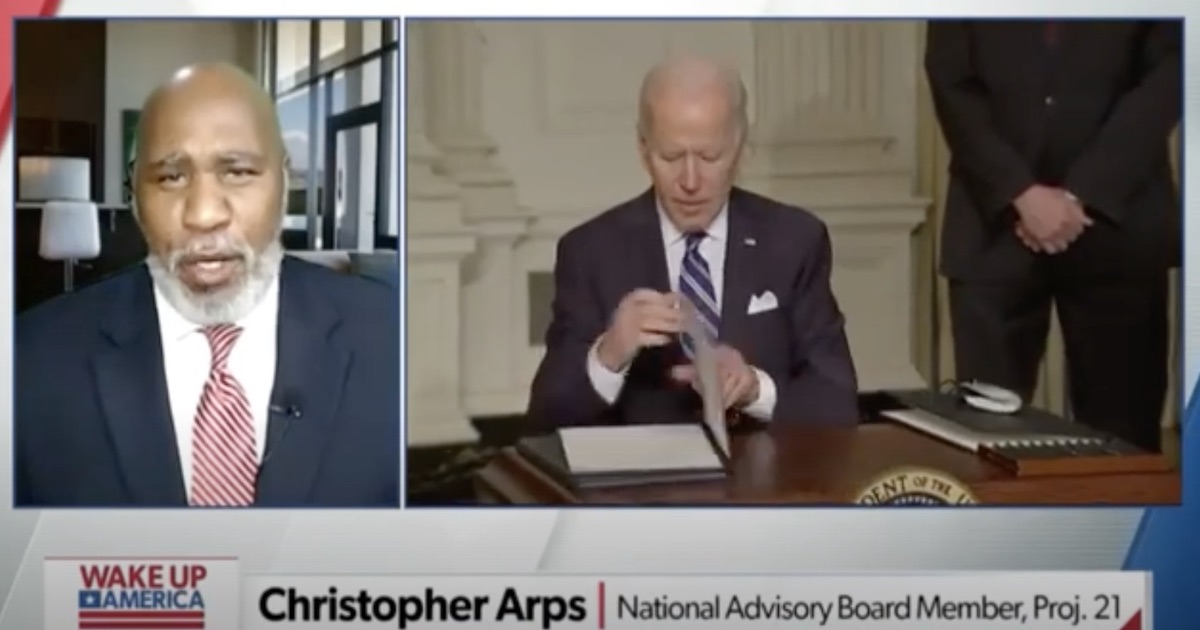 “Equity” is the new buzzword in the Biden Administration. But the notion of an equal outcome by any means necessary is just “another term” for more bad policies that will actually have very disparate results for those affected.

Project 21 member Christopher Arps, appearing on the Newsmax morning program “Wake Up America,” said that the left if “very good at changing the phrases” when it comes to trying to breathe new life into old, unpopular and unfair policies.

One example of this is how “illegal aliens” are now “undocumented workers” or “noncitizens.” In fact, the Biden Administration is trying to remove the former term from government vernacular altogether. Likewise, Christopher said about the use of equity:

I think this new term of racial equity is just another term for racial quotas and affirmative action.

They just “put another name on it.”

Newsmax White House correspondent Emerald Robinson noted that the Biden Administration has expanded the equity angle to craft environmental policy through the use of the terms “environmental justice” and “climate justice.” Reacting to this, Chris said:

And the frustrating thing is we’ve seen all this before in the Obama Administration – where you had the government trying to pick winners and losers.

We’re trying this again in the Biden Administration.

Picking winners and losers? That doesn’t sound equitable. But it does sound pretty political.