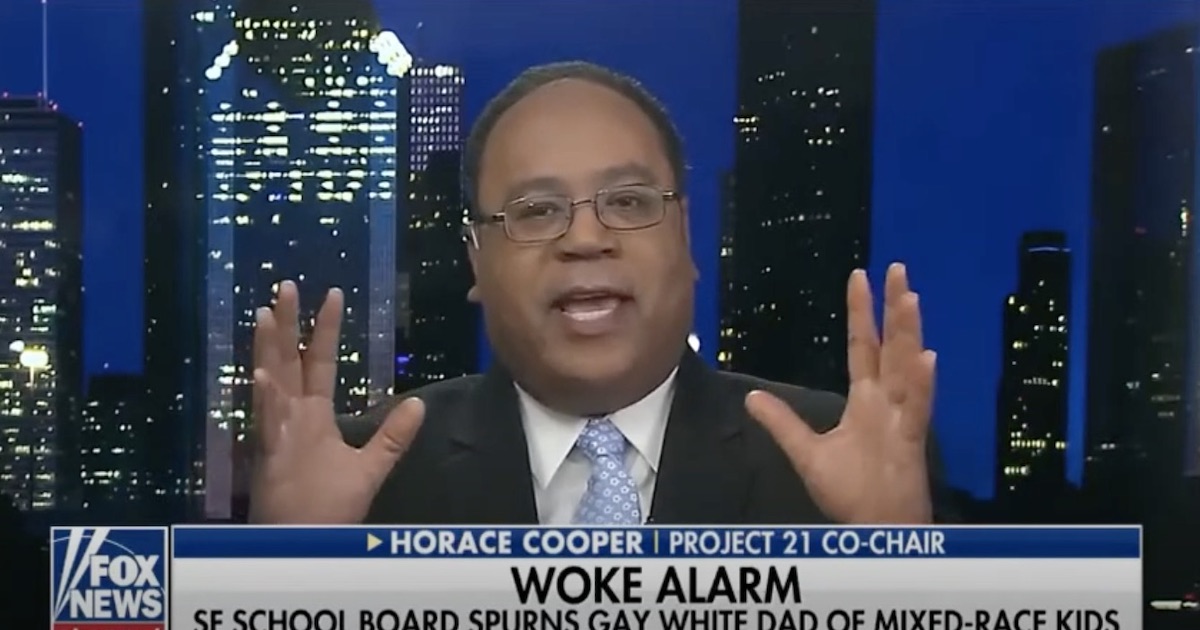 In San Francisco, where the schools remain closed, the city’s board of education was bogged down in a two-hour debate over whether a person’s race should deny them an opportunity to volunteer on the school district’s Parent Advisory Council.

A gay white male, who is also the parent of a mixed-race daughter, sought to join an understaffed (and currently all female) group. But some at the board meeting argued that other “voices needed to be heard first” before white voices. Another detractor claimed that the San Francisco schools are “still operating under white supremacy.” San Francisco!

Although he’s said it before, Project 21 Co-Chairman Horace Cooper feels his concern about the state of racial hierarchy “bears repeating.” In an interview with Fox News Channel host Shannon Bream on the “Fox News @Night” program, he said:

[B]ecause a lot of how the woke and progressives operate, we forget the principle.

Horace invoked one of American history’s most revered icons to point out the folly of the left’s latest racial retribution:

Rosa Parks [was] a decent, Christian woman who worked hard. A mother who, with her husband, raised her children in a way that was admirable. At the end of a long day of work, she wanted to sit down. And the bus driver said she could not sit in the “white section.” And she ultimately was arrested [for not complying].

This is no different than what we are seeing today.

Viewing the plight of the San Francisco parent through the lens of Parks and the civil rights movement, Horace noted:

People are looking at physical traits, and they are deciding that that is who you are. We now are seeing a hierarchy. Apparently, being gay is kinda diverse, but not diverse enough.

Then he related how the horrible wrongs of the Jim Crow era are now essentially being repeated well over a hundred years later by virtue-signaling woke mobs. Recalling one of the most infamous rulings of U.S. Supreme Court during that time to reinforce harsh racial segregation measures, Horace remarked:

If any of you went to law school like I did, you remember Plessy v. Ferguson…

On the train, we had to rank people based on how black they were. We decided some trait about them that they had no control over. We were going to rank whether or not you had two black parents or if you had two black grandparents.

We are doing almost the exact same thing [now].

The truth is: what we look like/who we date has nothing to do with the essence of who we are as individuals. That’s how we should be judged. That’s the way Rosa Parks should have been judged.

In thanking Horace for his legal analysis, Bream said that she and the Fox News staff “always love having you” on the network.