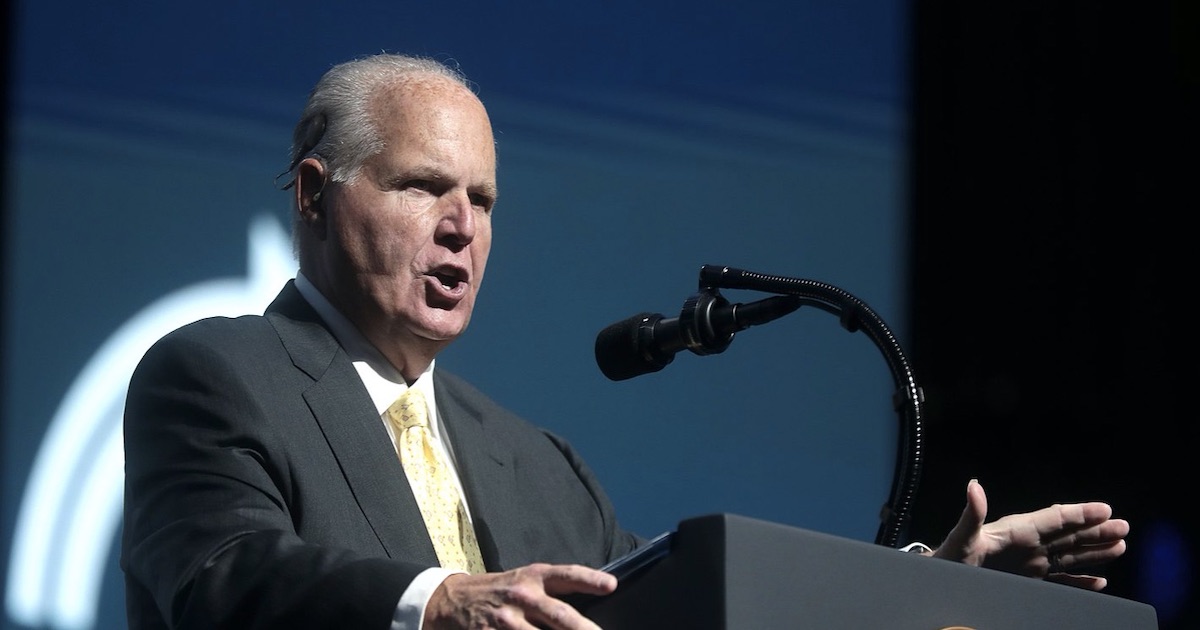 Reflecting on the passing of Rush Limbaugh, Project 21 member Emery McClendon shares these thoughts about the talk radio legend and his legacy:

I remember first hearing Rush Limbaugh on WOWO Radio in Fort Wayne, Indiana about 30 years ago.

I thought: Wow! This is my kind of radio talk show host.

After my first true conservative mentor – Bob Lott – passed away, I was looking for a voice to replace him. My friend had brought me from not knowing what conservatism was to crossing over and starting my journey toward a true understanding of the American Dream.

Rush filled the vacant spot in my life that Bob left.

I listened to Rush every day, and continued to research the conservative and biblical principles he espoused, to shape my worldview. I wanted to be able to give answers to those who reject and do not understand our nation’s founding principles.

I was a true and dedicated student of the “Limbaugh Institute for Advanced Conservative Studies.” I made several unsuccessful attempts to reach him on the show by being a lucky caller. I never got through. Speaking to him just once was on my bucket list. But I did meet James “Bo Snerdley” Golden twice – unaware each time that he was Rush’s call screener and loyal advisor.

Rush was a remarkable person who loved everyone. He even tried to reach out to those who hated him. He never gave up on goodness or downplayed the goodness in our souls. He was always optimistic.

He knew how to “break it down to us.” Rush made it plain and simple, and had fun doing it.

He reached out to every age group, and always dwelt on subject matter, addressing our concerns. He was not afraid to call out progressives, or even conservative politicians, for promoting bad ideas.

Rush was a very humble man. He liked to joke about having “talent on loan from God.” And he would say that he would happily confront his liberal critics with half of his brain tied behind his back.

Yet there were people with a visceral hated for Rush. Even though he was often lied about and slandered, he held up the conservative banner without shame. He didn’t allow hatred to conquer his good will or the message of how freedom and liberty are available to all Americans.

I even remember purchasing some of the products he endorsed, like the iced tea. It was good stuff!

Rush had a passion for helping our children and giving them the tools to help them understand the story of America and our nation’s unique place in the world. His books will forever be cherished by those who read them.

Off the air, he was involved in helping many charities and causes.  He was outspoken in his support of those who serve in the military. I am one veteran who appreciated his admiration for our troops.

I was brought to tears when First Lady Melania Trump draped the Presidential Medal of Freedom around his neck during the 2020 State Of The Union Address. Rush was a deserving recipient of that award, and he accepted it with an endearing mix of humility and pride.

Rush often talked about knowing God. He wasn’t ashamed to talk about how his mother raised him to respect the Bible and Christianity. I believe that he found peace with God through Jesus Christ.

Although Rush is now gone, his memory, work and words will live on in the hearts of people like me. We will miss him, and we will never forget him or the role that he played in advancing conservatism. May God continue to bless his family.

I urge each and every person that knew him to continue to live up to his legacy. By doing so, we can continue to promote his lifelong work and to keep his memory and words alive in our hearts and in the lives of others for years to come.

May Rush rest in peace.

Emery’s commentary has been republished on the Politichicks website.