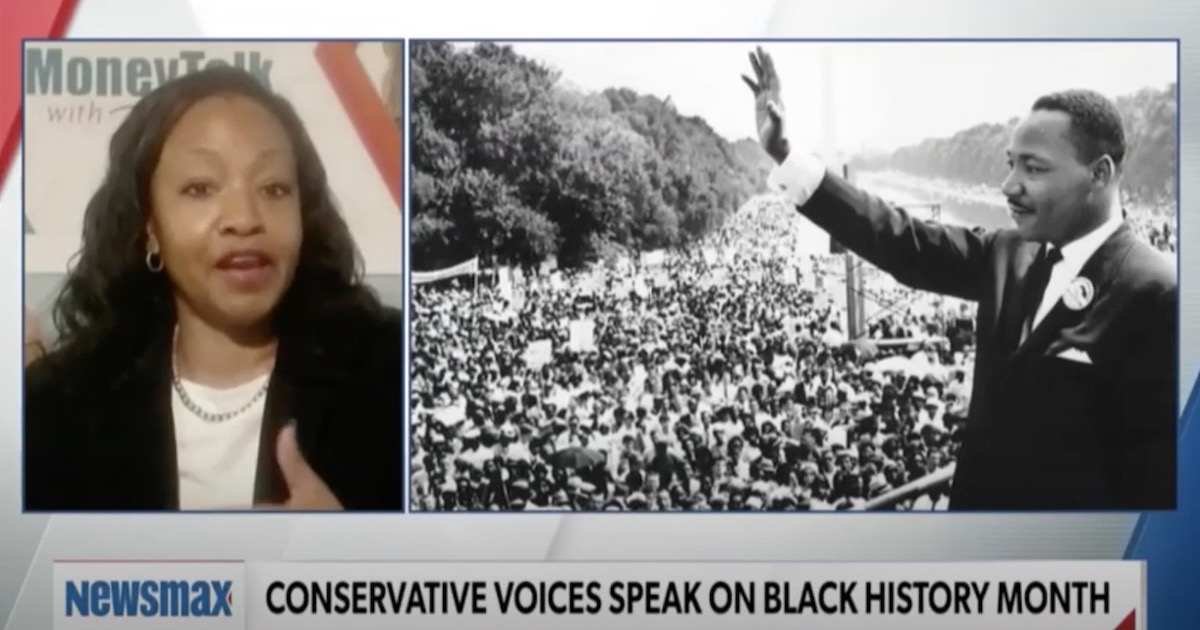 Black History Month nowadays puts more emphasis on celebrity and politics than it does on the importance of black families.

In an interview on Newsmax TV’s “American Agenda,” Project 21 member Melanie Collette told hosts Bob Sellers and Heather Childers that Black History Month isn’t doing a service for black Americans when it puts inordinate focus on acts such as putting abolitionist Harriet Tubman on the $20 bill.

“It feels like lip service to me,” Melanie noted, adding:

The original purpose of Black History Month was so that notable, accomplished black Americans get mentioned in the education and curricula in schools. And it really wasn’t… to parade our people of note…

More importantly, she explained how the purpose of this observance should be to ultimately make it irrelevant altogether:

That’s something I’m looking forward to – when black history is just American history. And notable black Americans… will just be mentioned as a matter of fact, as: this is what an American has done who just happens to be black.

In the meantime, there needs to be more emphasis on valuable lessons that actually support the black community rather than just create idols. That’s why, when Sellers asked Melanie what she would like to have “underscored” during black history celebrations, she said:

I feel that the black family – and the strengths of the black family, which was really notable post-slavery – is something that is really important, and is lost in this day and age… [in] our culture.

Melanie pointed out that promotion of strong family structure is facing an uphill battle right now, with left-wing political movements such as Black Lives Matter actively seeking to tear apart black families as part of their Marxist agendas:

Organizations like BLM don’t really co-sign the theory of the nuclear family, which is a darn shame. Because… the cohesiveness of the black family is very important to the strength of the African-American community.

Conversely, she had kind words for how the Trump Administration sought to promote financial literacy in the black community:

One of the things President Trump did a really good job doing… is making sure we got the word out and we were able to educate in… predominantly black neighborhoods.

And I thought it was a very good idea: teaching them how to invest in themselves and invest in their families. It’s very important.

Despite her concerns about celebrating celebrity, Melanie did respond to the Newsmax hosts’ questions about actor Denzel Washington’s recent comments supporting police officers. In Hollywood, open support for the police is controversial. An incredulous Sellers asked Melanie: “Why is it news that a black actor is supporting cops?”

You would think that… any American would support our police officers that serve and protect us and put their lives on the line each and every day. But the fact that it’s news – that it’s some kind of shock… that someone of Denzel Washington’s caliber would compliment the police officers – it’s a shame that’s news.

It’s Washington’s superstar status, Melanie explained, that protects him from the political recriminations that might befall newer and less powerful entertainers:

Denzel Washington is at a point in his career where he is absolutely free to do that. Not everybody is free to make these kinds of comments in their career without getting serious backlash from the woke left.