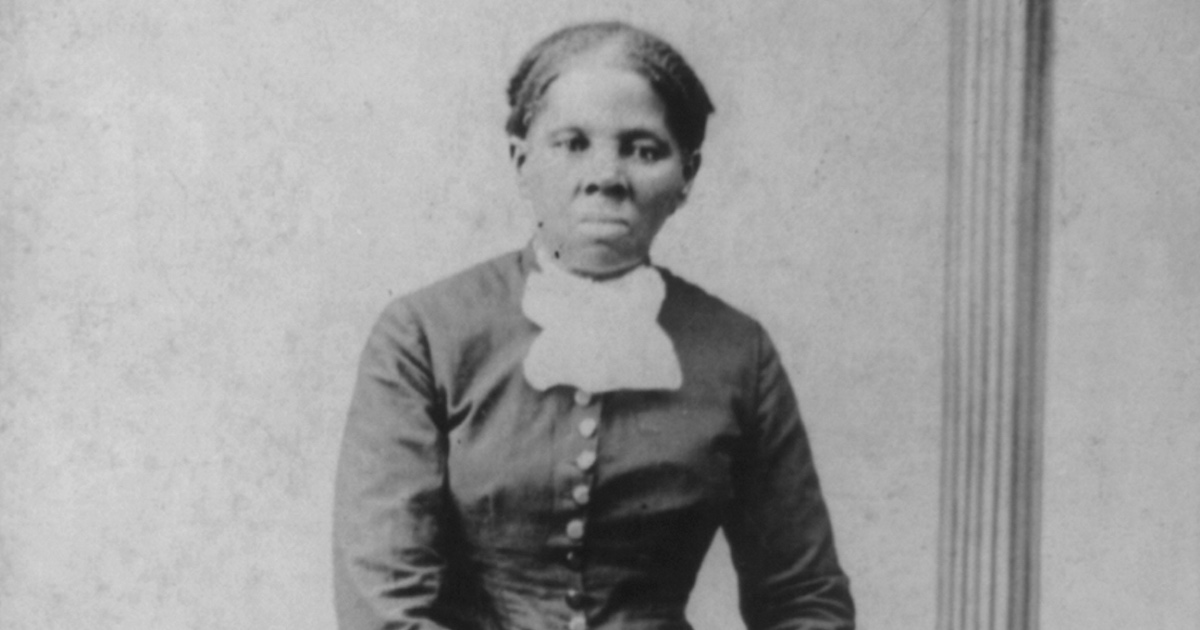 26 Feb 2021 We Should Honor a Conservative on the $20 Bill. Her Name Is Harriet Tubman, by Donna Jackson

In announcing that the Biden administration was resuming efforts to put abolitionist Harriet Tubman on the $20 bill, White House press secretary Jen Psaki said, “It’s important that our … money reflect the history and diversity of our country.”

While liberals bask in the blinding glow of superficial identity politics, patting themselves on the back for replacing villainous former President Andrew Jackson on U.S. currency, conservatives can also celebrate this choice by looking beyond Tubman’s color to celebrate her life and deeds.

For instance, faith was everything to Tubman. Often referred to as “Black Moses,” Tubman would likely fit into the mold of an evangelical Christian today. She would probably be shocked at modern liberal assertions that Christianity is to blame for promoting racism, bigotry and white supremacy.

Her faith emboldened her to risk everything to aid escaped slaves, and inspired her to recognize the dignity in every life. She talked to God, and claimed that he talked back (something former Vice President Mike Pence was mocked for saying). She said the Underground Railroad was not her idea, but rather divine inspiration from the Lord.

A century later, that same type of faith inspired the Rev. Martin Luther King Jr. Sadly, our current culture castigates those who claim to trust God.

While Tubman did much on her own, she had help from fellow Christians, most of whom were white. The role of Quakers and other Christian abolitionists — acting according to the convictions of their faith — is often downplayed by historians. But the Quakers were fierce in their belief in God, and they wholeheartedly believed slavery was incompatible with the gospel. They believed this so much that they risked loss of property and life, physical harm and criminal charges to defy governments supporting such unjust policies.

In working with those people, Tubman was colorblind in a way many of today’s race-obsessed activists could never understand.

In her forays into the South, Tubman was also armed. That should be no surprise, given who and what she was up against. For her, guns were a means of achieving and preserving liberty. If she were alive today, she might compare those angling to take away constitutional freedoms such as gun rights with those who wanted to force her back into slavery.

Tubman fought for freedom, liberty and all the rights guaranteed to us by God and the Constitution. While she probably never heard the term “conservative,” she nonetheless exhibited the values characteristic of a modern conservative.

Tubman modeled that disruption, and even resistance, is sometimes necessary. Her example serves as a reminder to be brave and have the courage to fight for what is right. She also proved that righteousness does prevail in the end.

History serves as a lesson for modern-day issues. There is a fight for freedom and individual liberty being waged today, especially in a climate of overreaching government and cancel culture. Conservatives today are faced with censorship, harsh gun controls and restrictions on religious liberties. Tubman’s legacy can inspire determination in all of us to ensure that we, as a people, never lose our rights.

For all this and more, Harriet Tubman would be better than Andrew Jackson to represent our nation’s values on our $20 bills.

Donna Jackson is a member of the Project 21 black leadership network. She has worked in accounting, auditing and management roles with Ernst & Young and Marriott International, and was a deputy controller for the Export-Import Bank of the United States. She previously worked on political campaigns in Arkansas, including that of former Gov. Mike Huckabee. This was originally distributed through Tribune News Service.