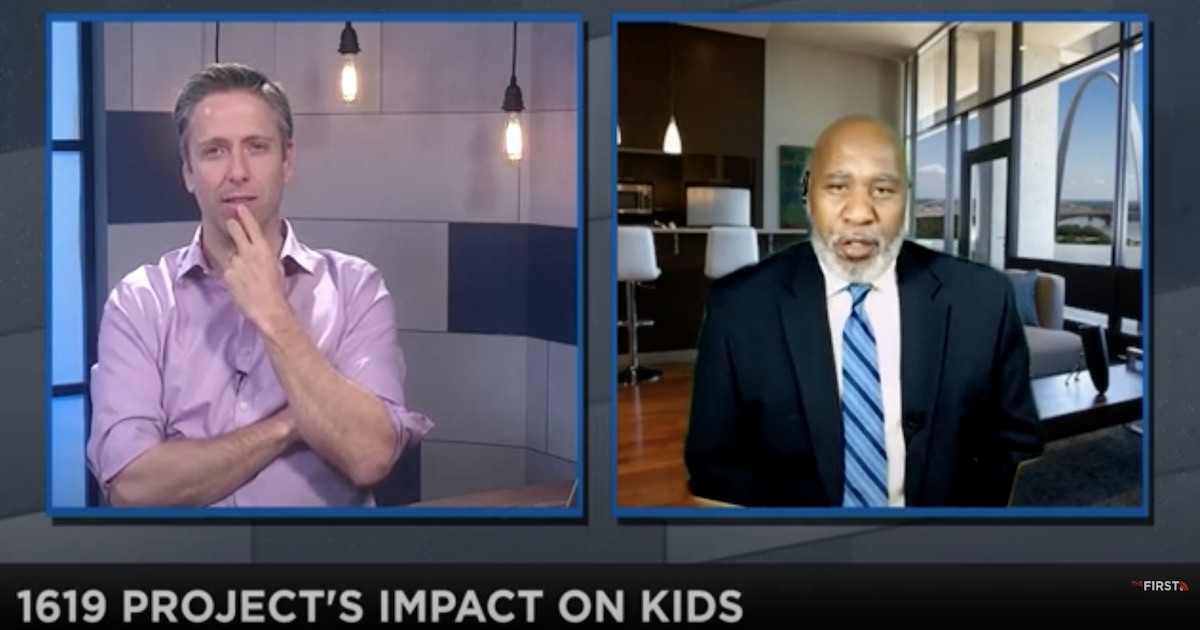 When Project 21 member Christopher Arps was a child, his parents told him he could “achieve anything that [he] wanted in this life” if he went to school, worked hard and did what was needed to be done. But they also explained to him that “you’re still going to have one strike against you always because you’re black.”

Despite this warning, he didn’t grow up with a chip on his shoulder. It has a lot to do with how his parents treated this problem:

They did not tell me that to make me feel oppressed, or for me to feel like a victim. They were giving me a reality check: This is how life is going to be.

They never let me use that as an excuse – ever.

Discussing race relations, the state of black progress and how to address the problems of the past with host Mike Slater on “True Story with Mike Slater,” Chris cited the perils facing those who did not receive the same sort of uplifting education he did. He cautioned against “inaccurate perceptions” that can “lead to bad actions.”

Asked to define the “1619 Project,” one of the most high-profile modern examples of the perpetuation of bad attitudes, Christopher described it “a propaganda tool by the New York Times and leftists to change the history of America.”

He told Slater about his participation in the 2020 annual meeting of New York Times shareholders, where he called out “all the fallacies and the lies.” Despite Chris’s compelling argument, Publisher A.G. Sulzberger essentially said “we’re good with it” as long as it provokes discussion.

But Christopher explained that the goal of the 1619 Project, if left to its vices, hurts kids:

They don’t have pride in their country.

And I think if you feel that your ancestors were oppressed and that the [boot] of the state and of white people are continually on your neck, then there’s no possibility for you to achieve in this country. And so why even try?

“I think it’s a big boot on the neck of African-American achievement in this country, especially with our schoolchildren,” he said.

And he added that it has a lasting impact:

It’s horrific to tell a child that, but also it becomes generations. If you’ve been told that, then you’re gonna tell your children that. And they you’re going to tell the succeeding generation. So it just becomes a never-ending cycle of poverty.

Asked if the study of black history should de-emphasize instances of horrible injustice, Christopher replied that there should not be a “whitewash” – but that there are many positive things worth noting:

I think it should be talked about, but I’d like to see it stress more of the accomplishments of American-Americans. And you show we can make it in this country. That we’ve been here 400 years – and it’s possible to succeed.

Examples of blacks “making it in life” include George Washington Carver and Madam C.J. Walker.

Christopher also lamented that children taught from the pages of the 1619 Project will be “steeped in negativity” that can impede their ability to seize on the opportunities America has to offer. Using the example of his own upbringing, when his parents made him work in the family business at a time when he wanted to be out with his friends, he recounted:

I learned such valuable life skills: how to talk to people, how to be a salesman, how to have a work ethic. The great pride that you have every Friday getting a paycheck and cashing that check knowing it comes from the fruit of your labor… I’m so glad I had that experience.

Slater concluded the segment by asking Christopher if he had any messages for black Americans with whom he has political disagreements. Christopher said:

I’m not your enemy.

Even though we have different political backgrounds, we still have the same goal in mind – which is to see African-American people advance. We just have two different views of going about it. Your method has a 50-plus-year track record of failure. Our record, as to paraphrase Donald Trump – what have we got to lose?

“True Story with Mike Slater” is regularly available at The First television network and through Audible.