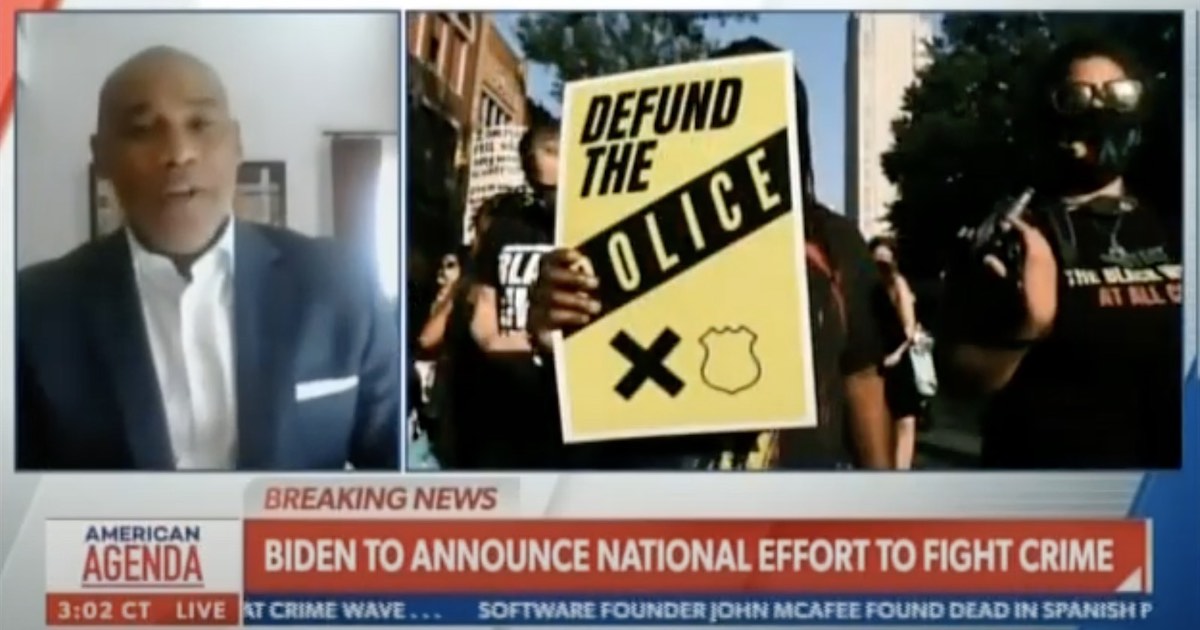 To borrow a phrase made popular by Barack Obama’s spiritual mentor, the “chickens are coming home to roost” for liberals on the issue of crime.

As Project 21 members pointed out in Newsmax TV interviews, the defund-the-police agenda pushed by the left is creating an environment where respect for the law and for law-abiding citizens falls as crime statistics rise.

So what is President Joe Biden doing about it? He has suggested that more gun control is the answer.

Asked by Newsmax anchor Bob Sellers to explain “the rationale for the president blaming this on guns,” Project 21 member Derrick Hollie replied, to the chuckles of the panel:

I can’t explain that, OK?

But what Derrick could explain was the difficulty for officers to do their job this past year in the wake of a pervasive anti-cop agenda:

All this right now has to do with “defund the police,” and all this negative attitude toward the police.

I had a conversation just a couple of weeks ago with a… police officer who’s been on the force for 27 years… He said, “Derrick, …in my history as a police officer, this has been the most difficult time ever for me to police individuals because of a lack of respect.”…

On a different episode of the same Newsmax program – “American Agenda” – Project 21 member Melanie Collette criticized “the lawless nature that we have recently with the defunding the police and the people that want to defund the police.” She added:

[Attorneys general] and prosecutors are doing bail reform, which is… reducing the consequences for people who commit crimes. And there’s just a lot of lawlessness in these cities…

The police are totally outnumbered, and I think that’s a problem. I think it’s really a reflection of that.

Derrick noted this trend of people turning a blind eye to criminal behavior is breeding circumstances in which the police are becoming targets:

[T]hey can’t even lock individuals up or detain them for things that they’re doing right now. It’s just outrageous in terms of crime. There’s no wonder that we have the kind of crime going on in inner cities right now.

Melanie said the problem is compounded when people who should know better simply stand by and do nothing:

What’s really upsetting about the fact that things are caught on camera is that a lot of the times there’s situations where people could actually intervene. It’s a sad state of affairs when, instead of intervening, people are just filming things on camera. And, a lot of times, it’s young people.

“It just says something really sad about society, and what our young people are thinking,” Melanie said, “just from a morality standpoint.”