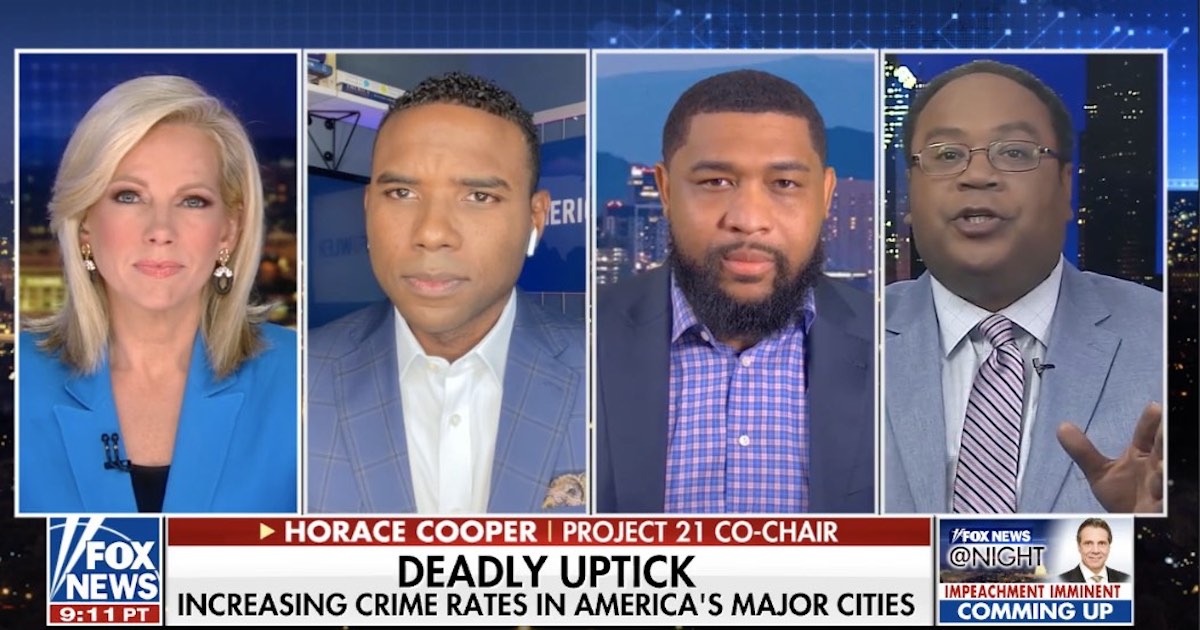 10 Aug 2021 Public Suffers as Left Reimagines Policing (For Others)

U.S. Representative Cori Bush claims she is “still fighting to save black lives,” but crime statistics – murders, in particular – are up in big cities across America as she and other radical leftists work to defund law enforcement.

Bush obviously recognizes the dangers in these communities. In fact, it’s been revealed that she now employs her own private security that goes above and beyond the coverage of most of her fellow members of Congress. “I have too much work to do,” she claimed in one interview about her enhanced security force. She added that critics should “suck it up… defunding the police needs to happen.”

But, as Fox News host Shannon Bream reported on “Fox News @ Night,” this effort to weaken police authority coincides with a rise in violence; last weekend’s violence in Chicago alone included 54 shooting incidents that resulted in 86 victims – 13 who died.

Bream asked Project 21 Co-Chairman Horace Cooper and other members of the show’s “Bream Team” panel: “Why is there not more anger at [Chicago Mayor Lori] Lightfoot?”

Even when we see the devastation that is happening in these communities – we’re seeing blacks, whites and browns literally being mowed down by a criminal element – we continue to hear talk about the need to reimagine police.

Here’s what I say: Let’s get the crime element under control. Then we can have a conversation… about what to do about overdoses or some of the other issues that may be more complicated.

In a recent commentary, former U.S. Secretary of State Mike Pompeo summed up the environment that’s been created by the rhetoric and actions of leftist politicians like Bush and Lightfoot – both of whom have been hostile to the law enforcement community:

While we’ve been talking about reimagining, we’ve done exactly what Secretary Pompeo’s talked about. We’ve sent the message it’s OK. It is a killing season, and there will be no consequences unless you’re wearing a blue uniform.

That is exactly the wrong message. It’s dangerous. Mayor Lightfoot, Cori Bush – too many people on the left side – have been promoting [it], and blacks, whites and browns have suffered in the wake.

In a similar interview on the Newsmax program “American Agenda,” Project 21 member Melanie Collette called out the hypocrisy of these politicians – Bush, in particular – who are leaving their constituents exposed to murder and mayhem while they find the means to protect themselves:

How dare she spend… our hard-earned tax money on her own private, personal security while the people that she represents are in danger every day… [P]eople, day in and day out, are getting hit by stray bullets and losing their lives daily because crime is so out-of-control because of her defund-the-police agenda. It’s ridiculous.