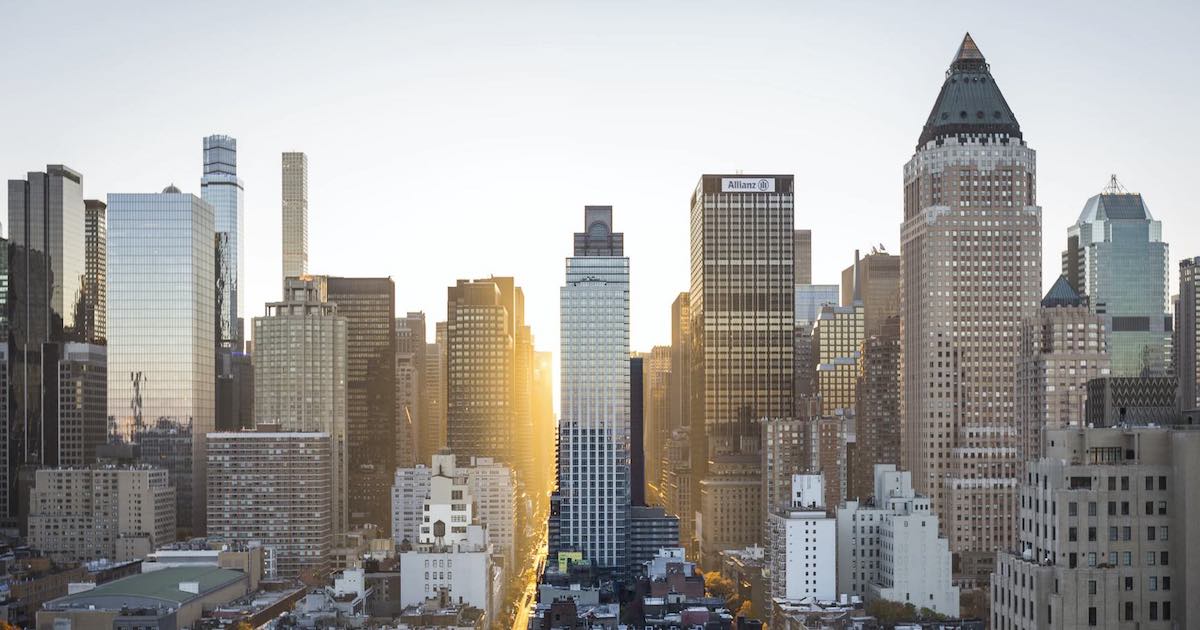 The signs seem to be popping up in city centers everywhere. “For Sale,” “For Lease,” “Vacant.” They lie posted on the walls of buildings in downtowns across the country, where large office structures once filled with thousands of employees would arrive each morning for work, five days a week. These now-empty spaces sit quiet. Many office buildings that held on to tenants are under-occupied, as hundreds of companies have introduced hybrid workplace structures, while others have allowed workers to remain remote at home indefinitely. The lack of office workers has not just led to solitary buildings, but also to an absence of traffic for the small businesses surrounding them. The restaurants and bars where employees once frequented for lunch and happy hours have reduced hours, if they can stay open at all. Nearby coffee shops, dry cleaners, and convenience stores have experienced similar effects.

The COVID-19 pandemic has devastated our nation, but we’re in danger of another pandemic if we don’t act fast to fill these vacant buildings: the rising rate of violent crime. The United States experienced a 25 percent increase in homicides in 2020 from 2019, based on preliminary data released by the FBI — the largest single-year increase in the homicide rate since reliable tracking began in 1960. And by no coincidence, many of the cities that are experiencing increased crime – such as New York, Chicago, and Washington DC – are also seeing higher rates of vacancy in urban areas and business districts.

Fortunately, a bill was recently introduced in Congress that could reduce crime, while also providing safer, cleaner streets and more vibrant cities. The Revitalizing Downtowns Act would help incentivize and offset the costs of gentrifying vacant structures into mixed-use or residential spaces — providing crucial assistance to developers as they aim to fill their spaces while innovating our city centers and ensuring they remain safe post-pandemic.

A 2013 study for instance, found that increasing levels of vacancy in urban areas increases the risk of “assaultive violence” in city centers. The authors add that there is a significant association with vacant properties and the risk of “aggravated assault.” It is clear then, that investors and developers must take initiative to prevent the continued rise of this crime in our cities to avoid complete urban decay.

Another analysis  found a “strong correlation” between vacant buildings and homicides. One expert familiar with the data asserted that violent crime rises by an average of 15% within 250 feet of property as soon as it becomes vacant. Others note that vacancies can also lead to increased rates of homelessness and drug dealing. These analyses stress the urgency to pass the Revitalizing Downtowns Act to mitigate these damages and ensure that our cities do not crumble under rising crime rates.

This bill is a tangible step to ensure that crime does not overrun urban centers before it is too late. The Revitalizing Downtowns Act can help incentivize real estate investors to repurpose obsolete, empty, and under-occupied structures and turn them into modern residential, retail, and entertainment centers, ensuring that downtowns return to their lively pre-COVID environments.  By focusing on the role of private developers, this legislation has the potential to reshape our cities.

Now is the time to consider the Revitalizing Downtowns Act. With record-setting vacancies in cities across America — paired with rising rates of violent and drug-related crimes permeating our urban centers — it makes sense to partner with the private sector to address these growing problems, while also making strides to innovate our downtowns. If we want to stop crime, support the economy, and bring life back to the American city, the Revitalizing Downtowns Act is a promising first step.

Stone Washington is a member of the Project 21 black leadership network and holds a Juris Master degree from the Emory University School of Law. He is currently a PhD student in the Policy Studies program at Clemson University and is an alumnus of the Heritage Foundation Young Leaders Program. This piece was originally published by RealClearPolicy.