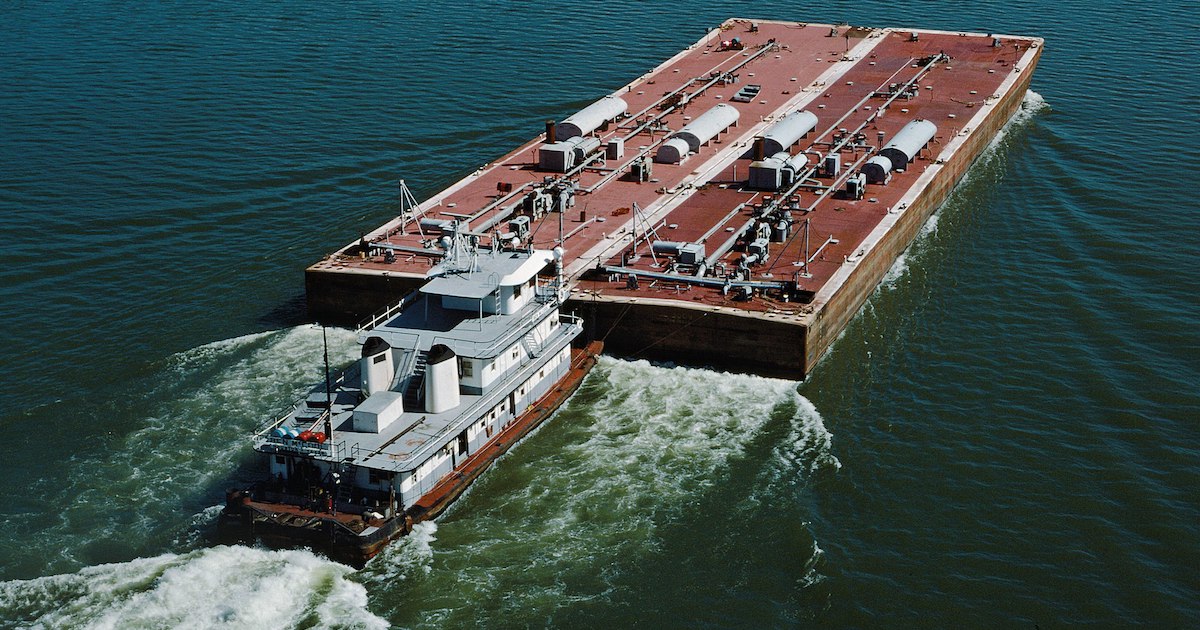 People are unhappy with current delays in our nation’s supply chain, but a man now sitting in a West Virginia jail could have made things a whole lot worse.

Nathaniel Blayn Becker is charged in connection with three explosive devices placed aboard towboats and barges operating on the Ohio River around the Ohio-West Virginia border. Disabling even one of these vessels would have caused inevitable delays and stoppage of water traffic along the Ohio River. And the shock of such a terroristic action would have caused inevitable chaos throughout American waterways and ports.

But Becker’s alleged criminal acts were foiled by observant and dedicated mariners. They found the devices. They worked with law enforcement to disable them and then find the culprit.

This protection of American property, trade and homeland security was made possible by a century-old law called the Jones Act.

The Jones Act requires that ships carrying goods between two points within the United States be American-built, owned, crewed and flagged.

From an economic perspective, the Jones Act ensures our nation always has a domestic shipping workforce and an industry of skilled shipbuilders working in America’s interests. This is a real advantage over outsourcing infrastructure vital for our economic needs to state-run businesses in countries that don’t have America’s best interests at heart. The outsourcing approach will inevitably lead to problems down the line.

Beyond the economic benefits, another often forgotten aspect of the Jones Act is the assistance it provides to our nation’s security. Currently, over 40,000 American crews ferry cargo on American ships to American ports under the terms of the Jones Act. And they serve as eyes and ears for law enforcement – which is stretched thin.

Thankfully it was one of these mariners who saved the day.

Media coverage of supply chain woes fixate on international ports such as Long Beach, New York and Miami. Less obvious, but equally important, are the stops along the tens of thousands of miles of America’s inland waterways like the Ohio River. These are just as vital as America’s roads for getting consumer goods to market.

There’s no way the Department of Homeland Security or even local and state police can protect America’s ports and waterways while tending to all of their other concerns. The Jones Act makes it so the vessels transiting American docks are owned and crewed by Americans who have “skin in the game.” What happens on their watch affects them when they go home at night to their families.

In the case of the Ohio River bomber, two of the three bombs were found while the vessels operated near an important bridge for a major interstate highway. Without their vigilance, this could have cause a major infrastructure crisis by compromising a waterway, a major thoroughfare and the bridge serving it.

If foreign-flagged vessels with international crews traversed American waterways, would there be similar concern? Would these crews protect American assets? Would they willingly work with American law enforcement? Or conversely could foreign crews aid in sabotaging America’s transportation system?

While some may erroneously argue the Jones Act impacts the free market, security implications prove its worth. Any potential profit or savings incentives from allowing cheaper foreign competition is for naught if America is attacked.

A sunken barge and damaged bridge on the Ohio River would immediately impact cities like Pittsburgh, Cincinnati and Columbus. But the ripple effect of what happened could bring America’s supply chain to a halt like America came to a halt after 9/11.

The Jones Act fills the gap, and it has proven itself time and again. It proved itself in this case. It shows that promoting an American workforce and patriotism do coincide.

Donna Jackson is the director of membership development for the Project 21 black leadership network. She has worked in accounting, auditing and management roles with Ernst & Young and Marriott International, and was a deputy controller for the Export-Import Bank of the United States. She previously worked on political campaigns in Arkansas, including that of former Gov. Mike Huckabee. This was originally published at Townhall.