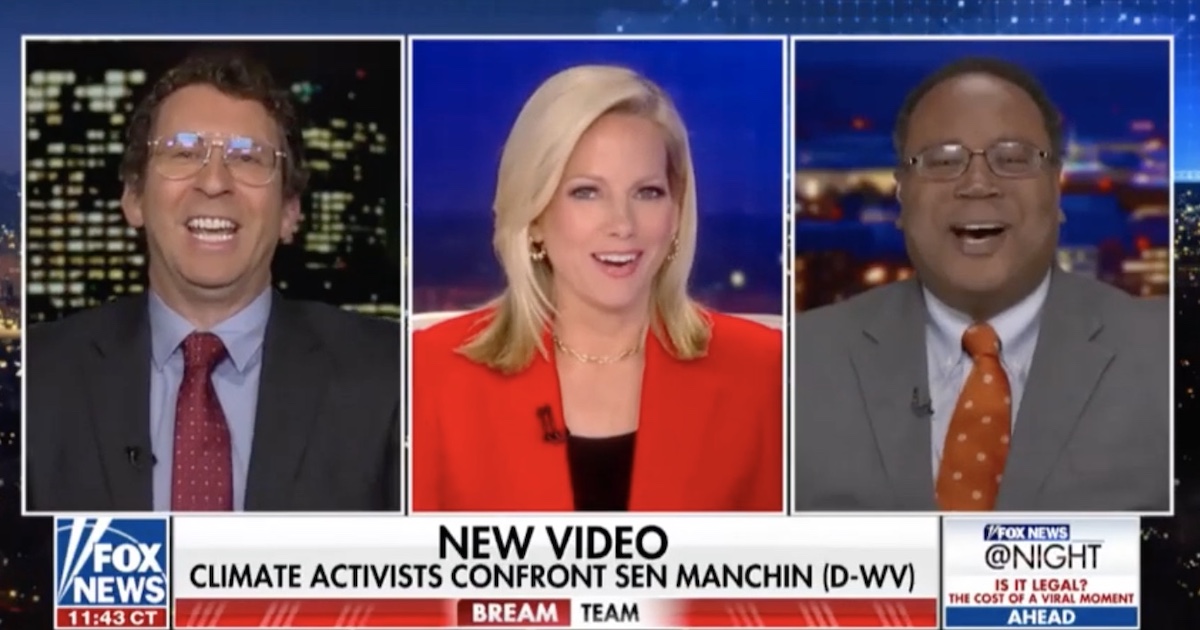 As they pick up the pieces after their shellacking in the 2021 elections, liberals are still fighting with each other over whose policies are to blame. While Representative Alexandria Ocasio-Cortez said this proved “the limits of… a fully, 100%, super-moderated campaign that doesn’t energize the progressive base,” veteran liberal campaign strategist James Carville contended that the leftist surge has had a “suppressive effect” for liberals that might require “woke detox.”

In a panel discussion on the Fox News Channel program “Fox News @ Night,” Project 21 Co-Chairman Horace Cooper said liberals’ political shift to the hard-left is “where the real debate has been for about 25 years.” But – with the political violence of Antifa and Black Lives Matter, the vilification of anything remotely Trump and the woke Pandora’s Box that opened after the 2020 elections – the very visible and strident hard-left has unmasked its true nature and had an obvious impact on public opinion:

How far left will liberals be, and how much of that are they willing to admit? And, for the longest time, the mainstream media has talked about [it] as if the real movement and the real effort is on the right and among conservatives.

Host Shannon Bream quoted former Congressman Steve Israel, who once ran the campaign arm for congressional liberals, who asserted that his former colleagues were not “delivering tangible results for an impatient electorate.” The impatience the media fixates on is when the far-left sends its activists out to disrupt the lives of fellow – but apprehensive – coalition members such as Senators Joe Manchin and Kyrsten Sinema.

Horace noted that people “understand the context,” and based their votes on what they were seeing beyond the headlines:

This woke effort was rebuked Tuesday night. In almost every state that held an election, people went in and the base of America, conservatives, outnumbered liberals almost two-to-one.

When we talk about these kinds of policies, we need to keep that in mind.

Commenting on the personal attacks on professional politicians, Horace added:

Crazies going around challenging people when they go to the bathroom or when they drive their car places – these are the kinds of things that the voters said they wanted no part of Tuesday night.

It shouldn’t go unnoticed that liberal commentator Ethan Bearman, who was on the panel with Horace, may have set a new standard during the segment.

There’s a quote attributed to former Senate Majority Leader Everett Dirksen: “A billion here, a billion there, and pretty soon you’re talking about real money.” In the “Fox News @ Night” segment with Horace, Bearman upped the ante when he discussed disappointed liberals – suggesting their complaints included “a trillion here – I didn’t get exactly what I wanted.”

Must be the effects of inflation!