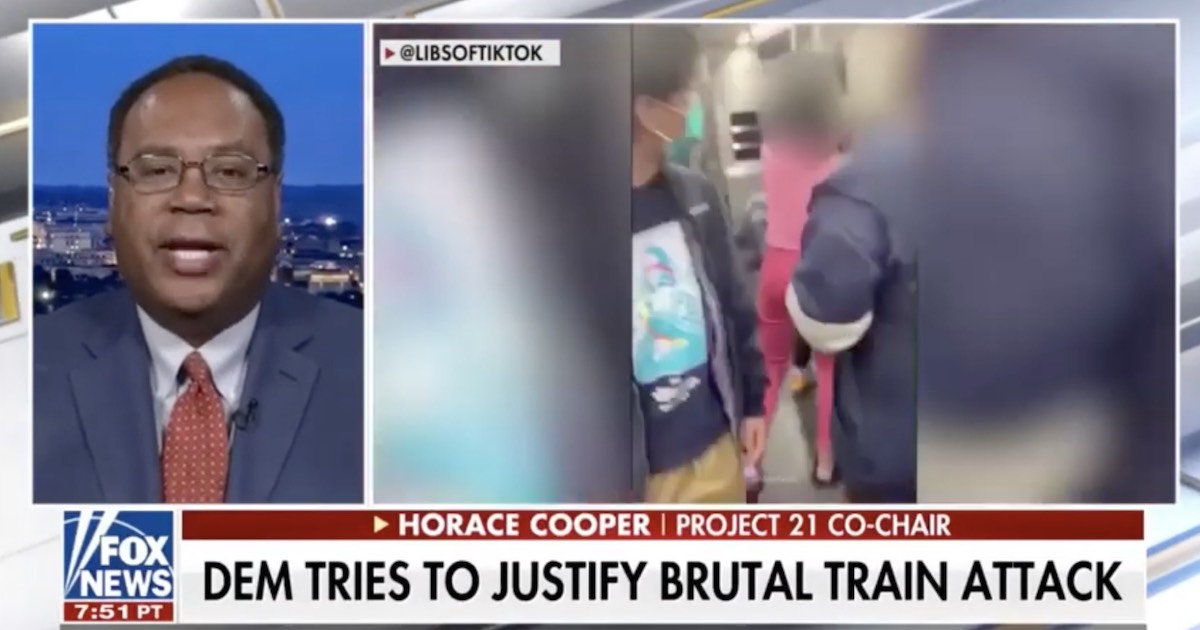 After a young Asian girl was savagely beaten in Philadelphia, the situation was made worse when a liberal city councilmember appeared to try to explain away what prosecutors called “ethnic intimidation.”

Appearing on the Fox News Channel program “The Ingraham Angle,” Project 21 Co-Chairman Horace Cooper said he was “outraged,” both by the video and by the “response of the elected officials in that community.” He also warned about the societal cost of not responding appropriately.

Four black teen girls have been charged with aggravated assault, ethnic intimidation, criminal conspiracy, simple assault, recklessly endangering another person and disorderly conduct (and one with theft) related to the November attack on a group of Asian girls on a SEPTA train. Caught on video, the attackers are seen ganging up on one girl in particular.

And, as the city tries to process the racial violence, At-Large City Councilmember Helen Gym made a curious comment that seems to make excuses for the aggressors. “They are trying to articulate out what they need to see done better by institutions,” Gym claimed, “to address racial bias, intimidation.”

Ingraham commented: “The left has gotten so radical on it, they’re now essentially justifying racial violence!”

I should have expected to see this kind of bad behavior. But – unbelievably – how elected officials could say that we’re going to explain away, cover up and reward this kind of violent behavior…

We would anticipate seeing this problem all across America if this mindset was allowed to continue.

Ingraham added that Gym has also appeared to try to play both sides of the conflict. Despite her comments about the possible social justice motives of the attackers, Gym also participated in protests against violence targeting Asians.

What we need to end is excusing violent behavior.

Now, there has been – for a little bit of time, more than a few years – a growing problem of minorities attacking non-minorities or attacking other minorities, and the media completely ignoring it.

“Shame on this councilmember, who happens to be Asian, not being willing to stand up for a commonsense mindset,” Horace concluded.

“I couldn’t have said it any better myself,” remarked Ingraham.