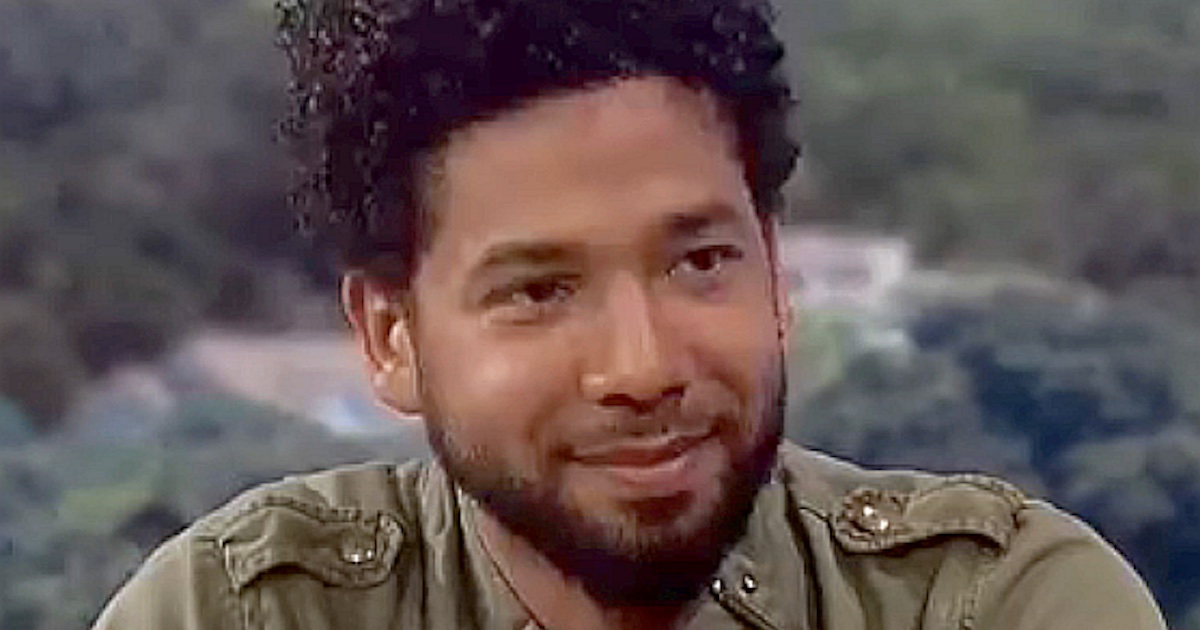 Jussie Smollett is a microcosm of the cowardly, narcissistic, prideful, and nihilistic behavior that has permeated throughout much of the liberal-controlled black community. I feel a bit sorry for Jussie Smollett. His generation believes that for a black man, the highest form of human existence (self-awareness) can only come through victimization. Consider the adulation of the martyrs (both real and supposed) Martin Luther King, Jr., George Floyd, Trayvon Martin, and Colin Kaepernick. Jussie, understandably, coveted some of that exaltation. He had it for a fleeting moment.

Jussie Smollett is rich, famous, young, and handsome. And despite being openly gay, he had become enormously successful in a nation that he and his peers believe to be irredeemably racist, misogynist, and homophobic. Now convicted of orchestrating his own hate crime, he is a convicted criminal and liar.

Jussie’s group believes that one is not favorably defined by one’s relationship with one’s family, friends, God, or other accomplishments. They are defined only through the suffering inflicted upon them by racist white men. Since this suffering is something these soft young black people are finding more difficult to experience organically, they must manufacture it.

This sick mindset is useful to liberals because it promotes the narrative that if these prominent, rich, beautiful black people are not safe, then “your black ass ain’t got a chance without liberals.” Since you (black Person) by voting liberal have disarmed yourself, you find yourself in the irony of ironies: You need the protection of the white liberal masters to protect you from the racist white man. And he is always there, as is the specter of the liberal leadership.

Black men are the only men in America who can brag about getting their asses kicked when they say it was done by racist white men. In this bizarro world, black people who claim success solely on the basis of merit and hard work are deemed to be sellouts. Meanwhile those blacks who are financially successful but are, or have been married to white spouses, (people like Van Jones, Kamala Harris, Don Lemon, and Whoopie Goldberg) must, in an act of overcompensation, scream about the horrors of racism much louder than any black Mississippi farmhand.

Like boys anxious to prove their bravery in the theater of war after hearing old World War II veterans regale hushed audiences with their exploits, black civil rights veterans have regaled Jussie Smollett’s generation. But, instead of affording hero status to those who built universities, built successful businesses, and defended their communities with force, they’ve made heroes of those who were beaten, discriminated against, jailed, and lynched.

As King Henry V so beautifully put it in his St. Crispin’s Day speech: “And gentlemen in England now a-bed shall think themselves accursed they were not here and hold their manhood cheap while any speaks that they fought with us on upon Saint Crispin’s day.”

Older black Americans exclaim with pride that they marched with Dr. King. These marches have been reenacted, with presidents and elderly veterans of these marches still singing “We Shall Overcome Someday.” They exclaim with pride that they were beaten at the Edmund Pettus Bridge or bitten by dogs at Birmingham. Indeed,  Representative James Clyburn (D-S.C.) and the late Representative John Lewis (D-Ga.) carry the moniker of “Civil Rights Icons.” These titles and these veterans are given enormous status among liberals and by the mainstream media because nothing can make liberals happier than knowing that the people who they oppress and brutalize will be told by their leaders never to raise arms against them. Nothing can make liberals happier than knowing they can oppress at will, and none of the men will lift a finger to defend their communities against their tyranny.

The left wing takes solace in the fact that when it comes to white men, not only is the black community taught by its leaders to fear them and to submit to beatings by them but that there is reward and virtue in doing so.

And, while the old marchers speak of their heroics and reveal their scars from those days, impressionable young men like Jussie Smollett, LeBron James, Colin Kaepernick, and Bubba Wallace hold their manhood cheap. If 100,000 black men murder another 100,000 it does not matter. To be beaten by another black man garners no status. Sadly, to be rewarded, and become a fulfilled black man, a white man must do the dirty deed.

The burden of a less racist America has necessitated that these beatings must be manufactured in order for this younger generation to gain membership in the exclusive club of black men who crave public pity in addition to liberal and mainstream media exaltation.

Furthermore, nonviolent resistance has had a detrimental effect on the psyche of the generations that exalt the Civil Rights Movement. They do not understand that nonviolence is not a way of life nor is it a Christian virtue; it is a political tactic. Non-aggression is a Christian virtue, not non-violence. What virtue is there in a strong Christian man refusing to intervene while witnessing the abduction of a child or the attempted rape of a woman?

Non-violence, rioting, and looting are the tools used by the weak to influence government compliance. The Second Amendment is the tool of the strong. Weakness and cowardly behavior are being bred in the psyches of too many young black men under liberal control.

From a historical increase in murder in majority black communities to the cowardly “smash and grab” robberies in luxury department stores, the mainstream media and left wing refuse to admit what everyone knows: there is something terribly broken in the black community.

The honor, discipline, and bravery involved in constant employment for 40 years, forming a family, and rearing children to adulthood is something these cowards could never comprehend. Liberals will not admit to this brokenness, because then they would have to admit that they are to blame.

Jussie Smollett is a microcosm of the cowardly, narcissistic, prideful, and nihilistic behavior that has permeated throughout much of the liberal-controlled black community.

But here is the good news: The left wing is being exposed. All the evidence needed to make an informed decision regarding the character of this evil group is becoming crystal clear.

And I am happy to report that when this information is properly disseminated, all good people will soon leave this evil side. It will be left with unrepentant and prideful sinners like Jussie Smollett. It can then be left to destroy itself.

Project 21 member Vince Everett Ellison is the author of two groundbreaking books: 25 Lies and The Iron Triangle. A version of this commentary was first published by American Greatness.