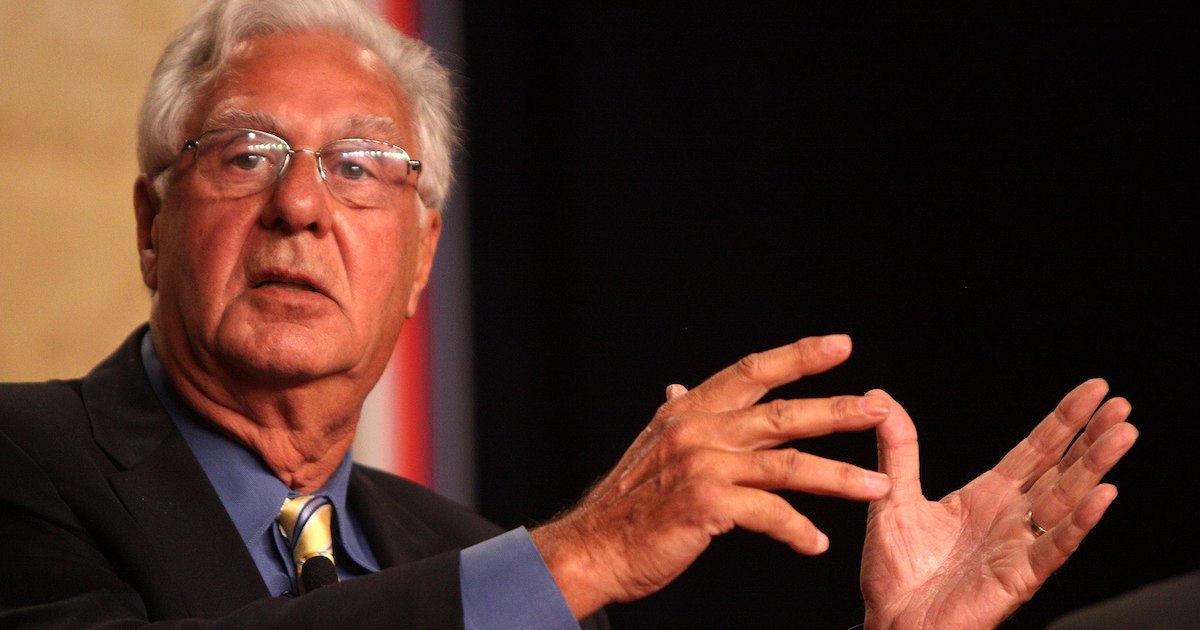 Reading more like a tell-all than a memoir, Dick Armey’s “Leader” details his life from his humble beginnings in North Dakota, to the halls of the United States Capitol and beyond in this captivating book which ultimately reveals that it is possible for an American leader to unfailingly promote freedom and liberty.

Want to know what Dick Armey really thinks about Newt Gingrich, Tom Delay, John Boehner and other notable Republicans? Get “Leader” and you’ll see. In a way that seemingly only Armey can, he gives the reader a fly-on-the-wall perspective on every meeting that went on during that tumultuous period, providing his honest opinion on all the “rebels,” and honest introspection on how he could have handled things better. With “Leader” Armey sets the record straight.

Richard (Dick) Keith Armey was born on July 7, 1940 in the farming village of Cando – a place that gave him both an attitude and an address that would serve him well in life. Like many young children at the time, his father served in World War II during his early years requiring Armey to adapt to the world using his brains and wit.

One of eight kids, Armey spent his childhood following his brother Charley, often doing odd jobs to earn a “penny,” and engaging in innocent mischief.

But he also had an exceptionally bright mind, especially in mathematics, foreshadowing the amazing accomplishments he would achieve in his life. When he put his mind to it, his achievements were nothing short of phenomenal.

Armey describes his time as a young economics professor with great fondness. While he greatly enjoyed his job, he also realized the immense responsibility he had in developing the next generation of economics students at a time when Marxism and Communism were rampant around the world.

His writings focused largely on concepts such as the flat tax, the importance of savings and investment – which he calls the twin engines of economic growth – and price theory – a free-market explanation of how commodities are priced that had been promoted by Adam Smith.

In 1984, Armey decided to run for the House of Representatives against a “so-called” conservative Democrat – Tom Vandergriff. Knowing that the 26th congressional district was waiting for a real conservative champion, Armey campaigned vigorously and won.

After winning a hard-fought election in 1984, Armey would have the opportunity to put his economic principals to the test. During his first term he developed a reputation for opposing big spending bills and even encouraging his colleagues to be better stewards of taxpayer money.

He put his ideas to practice personally as well. He made national news when it was discovered that he was sleeping in the House gym as opposed to renting an apartment.

When asked if this were true, his answer resonated with many Americans, showing his quick wit and down-to-earth character: “I have always dreamed of sending my kids to college. I have never dreamed of having an apartment in Washington”.

In “Leader,” Armey describes the challenges he faced on one of the largest pieces of legislation he would author, the Base Realignment and Closure bill (BRAC). While many in Congress viewed military bases as a source of economic stability for their districts, Armey viewed them as oftentimes wasteful and unnecessary.

He wasn’t anti-defense. He wanted to save taxpayers some of their hard-earned dollars and he believed that base closures and openings should be based on national security, not the pork barrel.

Unsurprisingly, Armey was able to successfully convince his colleagues to pass the legislation, saving hundreds of billions in taxpayer dollars in the process – a record accomplishment for a junior Congressman

His star continued to grow but his principles never wavered. He even was prepared to call out his own party members, reminding those around him that he was not for sale. Moreover, he was far more loyal to an idea than to any person.

When President George H.W. Bush began floating the idea of tax increases after his infamous “read my lips, no new taxes” campaign moment, Armey stood firm in his belief that the reversal would not only anger the constituents who had elected him, but even cost the president a second term.

He could not have been more correct. Bush was voted out after his first term, setting the stage for Bill Clinton to take office in 1993.

But the man Armey referred to as a “counterfeit conservative” wouldn’t face easy sledding. For Clinton’s first mid-term election Armey and Newt Gingrich came up with an amazing idea to pin down Bill Clinton and also to galvanize the American people – The “Contract With America.”

It was a smashing success. The agenda laid out the specific actions Republicans would take if they were elected to the majority and was nearly unanimously accepted among incumbent and non-incumbent candidates alike.

The result was a net gain of 54 House seats and nine Senate seats, resulting in GOP control of both chambers for the first time in 40 years. The victory vaulted Gingrich into the speakership, and Armey as majority leader, a position he would thrive in for the next eight years.

After the election, US News & World Report offered a flattering profile of Armey calling him a “Think tank in cowboy boots.”

It wasn’t smooth sailing however. 1997 saw the famous “coup” against Gingrich. A story that the media has speculated on and has never quite gotten right.

In fact, if you’re looking for a frank take of what was going on in Washington D.C. during this period, this is the book to read. Armey holds nothing back.

He tells the whole truth of what happened and, in the process, demonstrates that he was never seduced by power or raw ambition. His insider account never before covered by the mainstream media is just enthralling.

Also, in “Leader” you’ll read his thoughts about impeachment and the serious role that the House must play and also when is impeachment legitimate. And, you’ll be reminded about the successful role he played in welfare reform – an accomplishment that transformed America.

Armey was the right leader at the right time to challenge radical social spending policies and to oversee the national legislation in response to 9/11 and the Global War on Terror.

“Leader” shows the ins and outs of what it takes to be a successful principled policymaker in Washington, and Armey has done an extraordinary job of recounting conversations, describing the everyday life of a legislator, and detailing the challenges he faced in dealing with his colleagues on both sides of the aisle.

His formative years as a young adult proved to be most beneficial in his time in public service, and at all costs, Armey always did the right thing even if it meant upsetting the establishment.

“Leader” is as intimate as it is fascinating, and would benefit any reader who wants to know exactly how things really should work on Capitol Hill.

Horace Cooper, once a senior counsel to U.S. House Majority Leader Dick Armey, is now a legal fellow at the National Center for Public Policy Research and co-chairman of the Project 21 black leadership network. This was first published by Newsmax.