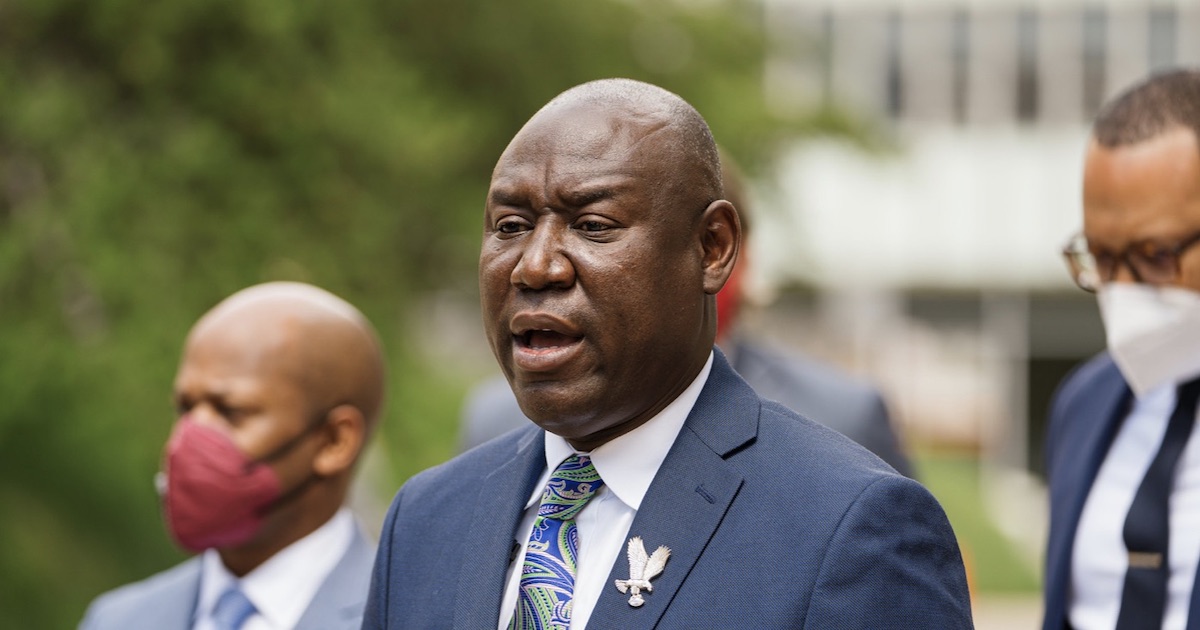 “It is time America recognizes what’s going on” regarding Benjamin Crump.

Crump is the attorney behind many of the recent “black lives matter” lawsuits that have garnered international headlines and helped fuel the unrest that’s taken innocent lives and cost billions of dollars in damages.

Far from being the “country lawyer” that he claims to be – when he’s not also alternatively calling himself “America’s black attorney general” – it seems Crump has made himself a very rich man by being “[m]ore sophisticated than the local ambulance chaser.”

In a commentary published by American Greatness, Project 21 Co-Chairman Horace Cooper noted that Crump’s office “scours news reports to find examples of deadly interactions between Americans he can miscast as racist relics of a bygone era.” Among his cases was the $27 million settlement he helped broker over the death of George Floyd in Minneapolis in 2020.

Horace further explained the nefarious nature of Crump’s advocacy for his clients:

This has become a standard for Crump cases—denounce and collect. The family of Trayvon Martin received a settlement of over $1 million in a 2012 wrongful death lawsuit. Michael Brown’s family received $1.5 million. Breonna Taylor’s family? They received $12 million

But, in the case of Tamir Rice, Crump was fired by the Rice family before they received a settlement. The family objected to what they said was Crump “attempting to profit from their son’s death.”

Horace pointed out that it’s likely that as a trial lawyer, Crump pocketed between 30% and 40% of these settlements – an estimated $15 million alone for the Floyd, Martin, Brown and Taylor cases.

Despite calling for “healing” and “justice,” he never shies away from an opportunity to divide. Proving the veracity of Aesop’s proverb that a man is known by the company he keeps, a frequent associate during these “settlement” demands is world-famous race-baiter Al Sharpton.

Named one of Time magazine’s “100 Most Influential People” and celebrated by the media as an icon of black America, Crump regularly trades in the kind of incendiary statements that are unfair to America. He is also often accused of omitting key details or even fabricating false claims to increase the buzz surrounding the narrative of the latest alleged racist incident. See the Trayvon Martin case generally.

Now Crump has taken on what is perhaps his most ambitious – and risky – legal challenge: almost 200 lawsuits related to the deadly crowd stampede at the Travis Scott Astroworld music festival last November in Houston:

Will the dispute turn on the actual facts of the case or will he resort to race-baiting to score a huge settlement? If it is the latter, it will require an extra dose of racial flim-flam because Travis Scott – the primary target of these lawsuits – is also black.

Horace lamented that “racial justice profiteers in our midst threaten the very justice, truth and healing that America represents.”

This commentary also appeared at the Tennessee Star. Click here to read all of “Benjamin Crump: America’s ‘Racial Justice’ Profiteer” at the American Greatness website.