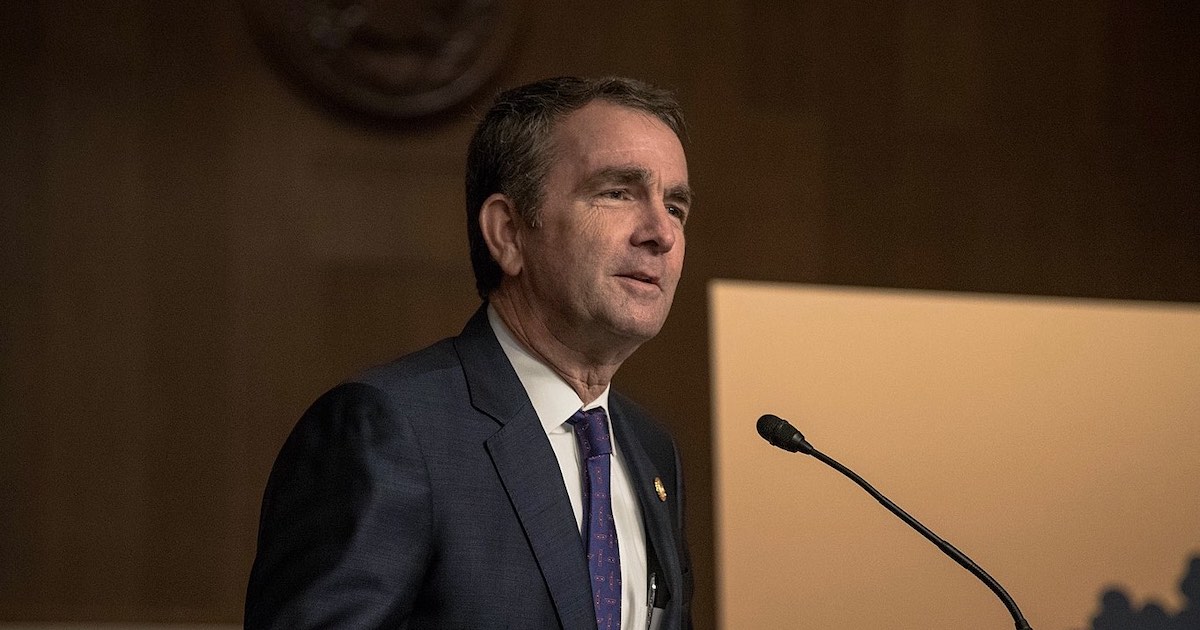 As Virginia Governor Ralph Northam prepares to leave office, the Washington Post is helping the beleaguered state executive paper over the biggest blemish of his time in office. Project 21 member Tim Parrish is calling out the liberal media, saying, “we ain’t buying it!”

In February 2019, just as woke mobs were spinning up their crusade for racial reckoning, a page in Northam’s medical school yearbook surfaced that featured a photo of two men – one in blackface and the other in Ku Klux Klan robes. Northam, also called “coonman” in another yearbook, initially admitted and apologized for the photo. But he later denied either man was him (but did cop to a time when he did wear blackface).

Calls for Northam’s resignation quickly dissipated after Virginia Attorney General Mark Herring also admitted to having worn blackface and Virginia Lieutenant Governor Justin Fairfax was accused of multiple sexual assaults. The fall of this triumvirate would have put House of Delegates Speaker Kirk Cox, a member of the opposition Republican Party, in the governor’s office.

Despite Florida’s attorney general resigning under similar circumstances a week before, Northam and company stayed. All three served out their full terms.

And now the Washington Post has published an article that spins the scandal. It claims that the revelation of the yearbook page actually made Northam a better governor in the eyes of black Virginians. Well, a select few Virginians.

Why? Because, in an effort to regain favor with the left wing, Northam became woke. He formed a commission to review teaching black history – an obvious inroad for more teaching of critical race theory in Virginia schools. Another commission went over state code in search of racist language. A cabinet-level state diversity officer position was created. Northam supported pulling down Confederate-related statues. Professor Jatia Wrighten of Virginia Commonwealth University told the Post: “I think if the… scandal had not occurred he would not have been as effective.”

But Tim, a political activist in Virginia, is calling out the Post for slanted journalism. He says:

This Washington Post article has got to be the most insulting thing I have ever read in print media.

The author goes to a few black elites – all political pals of Ralph Northam – and it’s somehow supposed to represent the feelings of black Virginians across the Commonwealth?

It seems that not a single common, everyday black Virginian was engaged in the writing of this article. But the reader is expected to accept as gospel that this scandal-ladened governor was somehow Virginia’s “wounded healer.” It’s the most frivolous and affronting concept the Post has ever attempted to impress upon its readers – particularly those of us in the black community.

In addition to Wrighten, the other black Virginians queried by the Post in defense of the governor were Northam staffer Traci DeShazor, State Senator Jennifer L. McClellan and Delegate Delores L. McQuinn (both Democrats like Northam), Richmond Mayor Levar Stoney (who served as secretary of the commonwealth when Northam was lieutenant governor) and Cynthia Hudson (who served as chief deputy state attorney general while Northam was lieutenant governor and governor).