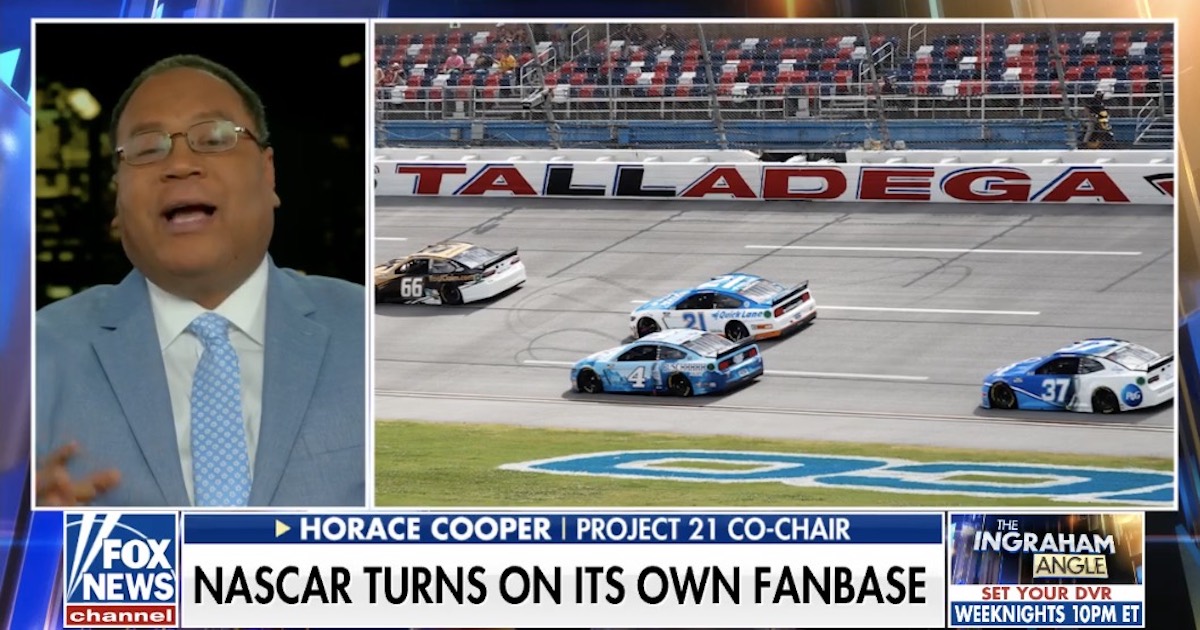 As we say down in Texas, you gotta dance with the ones who brung ya.

NASCAR is suffering from a decline in television ratings and unreliable attendance at the racetrack. Fox News Channel host Laura Ingraham pointed out that a “wokification of NASCAR” is “turning on its own fanbase.” This is exemplified by management allowing the perpetuation of the myth of a racial threat to driver Bubba Wallace, and forcing out a sponsor for Brandon Brown – the driver who inadvertently helped inspire the chant “Let’s go Brandon!”

During a panel discussion on “The Ingraham Angle,” sports commentator Clay Travis noted that NASCAR has been late to the game of politics, and is not playing it well. While other sports are now shying away from a previous embrace of politics – particularly strong during the Black Lives Matter protests of 2020 – NASCAR is stepping on its own feet, trying to do the “delicate dance” of politics and sports while heading “headlong into the culture wars.” This, Travis said, is “alienating their audience” that is already in decline.

Noting that NASCAR has a different fan base from most other sports, Horace explained:

If you happen to go to any of these events, what you’re gonna see is a really, really raucous crowd. An exciting crowd of people that predominate from the southeast part of the United States of America. Those individuals happen to bring a different set of values that aren’t easily crammed into what we look at today as the woke agenda.

Horace commented that injecting politics into racing insults “NASCAR fans who have stood with this fantastic sport.”

While Travis noted that the NFL has “pretty much abandoned” woke politics after seasons of disappointing ratings, Horace remarked that professional football still has far to go in getting people to embrace the league again, and not just their favorite teams. This is the problem NASCAR is setting up for itself:

I got to see those terrible NFL lies in commercials claiming that blacks are somehow systematically denied loan applications and the like. It’s a real turn-off. And, for a lot of my friends, it’s enough to say: well, if my boys aren’t in it, why are we gonna watch it?

And I think NASCAR is taking itself in the same direction.