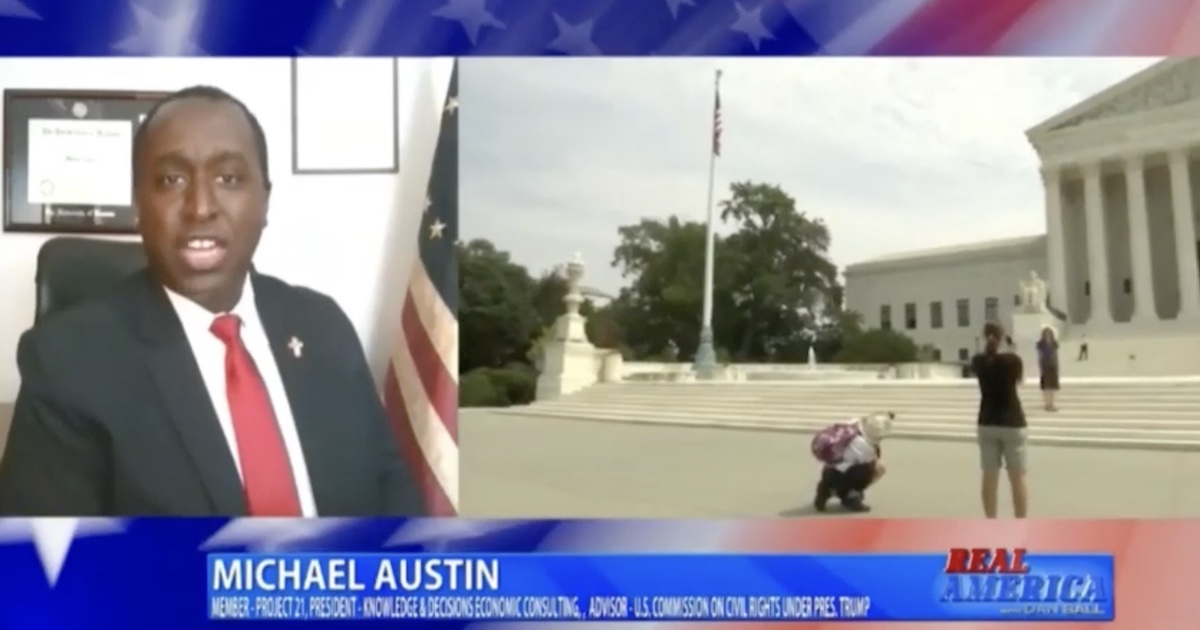 In an interview on “Real America With Dan Ball” on the One America News Network, Project 21 member Michael Austin warned that Judge Ketanji Brown Jackson – if confirmed – would further radicalize the U.S. Supreme Court, even though she would be replacing arch-liberal Justice Stephen Breyer.

Michael explained that the left has sought to transform the Court into a policymaking instrument. Contrary to the Founders’ intent, the judiciary has become “the most dangerous branch” of government, he said. He pointed out that radical leftists are trying to install radical judges and justices so the courts can be used “to approve all of their agenda items that they know couldn’t get passed” in Congress.

Noting that “every type of major issue… makes its way to the highest court,” Ball condemned the trickle-down impact of decisions on abortion, gun rights and more that have been and may be imposed by judicial action: “It still seems that the ones getting hurt by all of the problems out there are – of course – the less fortunate in the country.” Rhetorically asking what the “elites” are doing about it, he answered himself: “not much.”

Remarking that Breyer and Brown are “cut from the same cloth,” Ball then asked if a Brown confirmation might have minimal effect on the Court. Michael replied that she would undoubtedly bring about unwelcome change:

She has a history of under-sentencing crime – being soft on it. She has a history of supporting race- and gender-baiting theories, like the Critical Race Theory that’s being pushed on our children. And I think that, if she’s going to be confirmed to the Supreme Court, she’s gonna push that body well beyond what our original framers had intended at America’s founding.

Pushing back, Ball suggested the bigger concern would be “down the road,” when a conservative justice retires. Michael still insisted, however, that Brown is deflecting questions that would reveal how she would have a profound impact for the worse should she be confirmed:

At her most recent hearing, I think this was her appellate hearing, she talked about how the cases she had seen were never reason for her to develop any interpretation of the Constitution. I mean, how crazy is that?

Think back to your high school civics. The job of a U.S. judge is to interpret the U.S. Constitution. And yet, this Judge Jackson says she does nothing of the sort…

It’s not a net change of zero. The type of person we’re putting on this Court is such a radical departure from anything that we’ve seen before that I unfortunately believe that we are gonna see some changes if she’s confirmed.

Biden said from the outset – as far back as when he was campaigning for president in 2020 – that his first Supreme Court appointment would be a black woman. With this in mind, Ball asked Michael: “Is she the right one?”

Michael said the circumstances of Brown being pulled from a pool of candidates selected simply for their physical characteristics is particularly demeaning:

It’s so offensive. It’s just as bad as the 100-year-old racist rhetoric that we’d hear from the Klan.