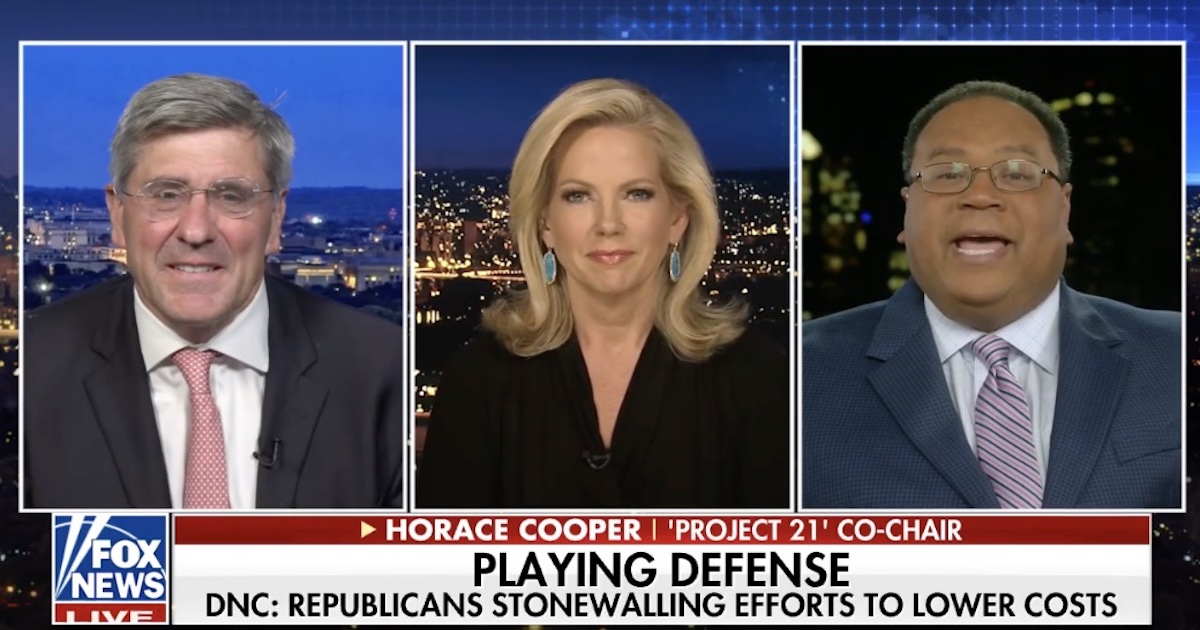 It’s not the “Putin Price Hike.” It’s not the “MAGA crowd” behind the economy’s downward spiral. It’s Joe Biden.

Inflation is causing prices for things like energy, vehicles and groceries to skyrocket, and the Biden administration is beginning to acknowledge that this is not temporary or transitory or any of the things previously said in attempts to deflect criticism. But the White House still tries to say its performance is something to crow about, and that the polling that shows growing discontent registers a misguided public.

“This is what I find ironic,” said Project 21 Co-chairman Horace Cooper. “This administration probably polls more, like nightly, than any other of its predecessors. And then it goes out and says these polls don’t reflect anything that real Americans think.”

As part of the “Bream Team” segment, in which he was joined by economist Stephen Moore, Horace said that it is the White House that needs a dose of reality:

The problem here isn’t that Americans have a misperception of what’s going on. When you go to the gas station – I’ve been here in Houston for four days – the price of gasoline at the station closest to me has already jumped 15 cents. That’s not a perception. That’s a reality. Americans are going to the grocery store and seeing the same thing.

This administration should pay attention to what people are having happen – not perceptions, what is real. And they should stop making it worse.

Horace advised: “Change course, and not leave it so the American people are left only with a little change.”

As Horace has warned in the past during his Fox News appearances, Joe Biden should embrace the policies he inherited rather than trying to blame his predecessor and the “MAGA crowd” for his own mistakes:

This president has the reverse Midas Touch.

Everything he touches, he destroys. It would have been so much easier for him to be president to steal all of the Trump policies – and maybe not tweet.

He’d have found he would be a lot more popular. Instead, he has made it worse.