Imagine if your bank closed your account or declined to process a transaction because it objected to who you voted for, where you worship, or even your so-called “carbon footprint”! Sound farfetched? Think again!

But Chase’s debanking isn’t just targeted at oil and guns. They’re coming for your free speech and religious liberty!

Recently, Chase closed the account of a religious liberty-focused nonprofit group headed by former U.S. Ambassador Sam Brownback, without explanation. Chase then demanded that the nonprofit disclose its top donors and provide a list of the criteria used for selecting political candidates it planned to support, as a condition of resuming service!

If Chase can debank a former U.S. Ambassador for arbitrary or discriminatory reasons, they can do it to anyone of their 60 million+ customers!

That’s why NCPPR is calling on Chase to respond and adhere to the standards laid out in the Viewpoint Diversity Business Index, the first comprehensive measure of corporate respect for free speech and religious liberty.

By participating in the survey component of the Index and adopting its recommendations, Chase can ensure that all customers and employees are respected regardless of their religious or political views.

Sign the petition and tell Chase to respect your constitutionally protected civil liberties! 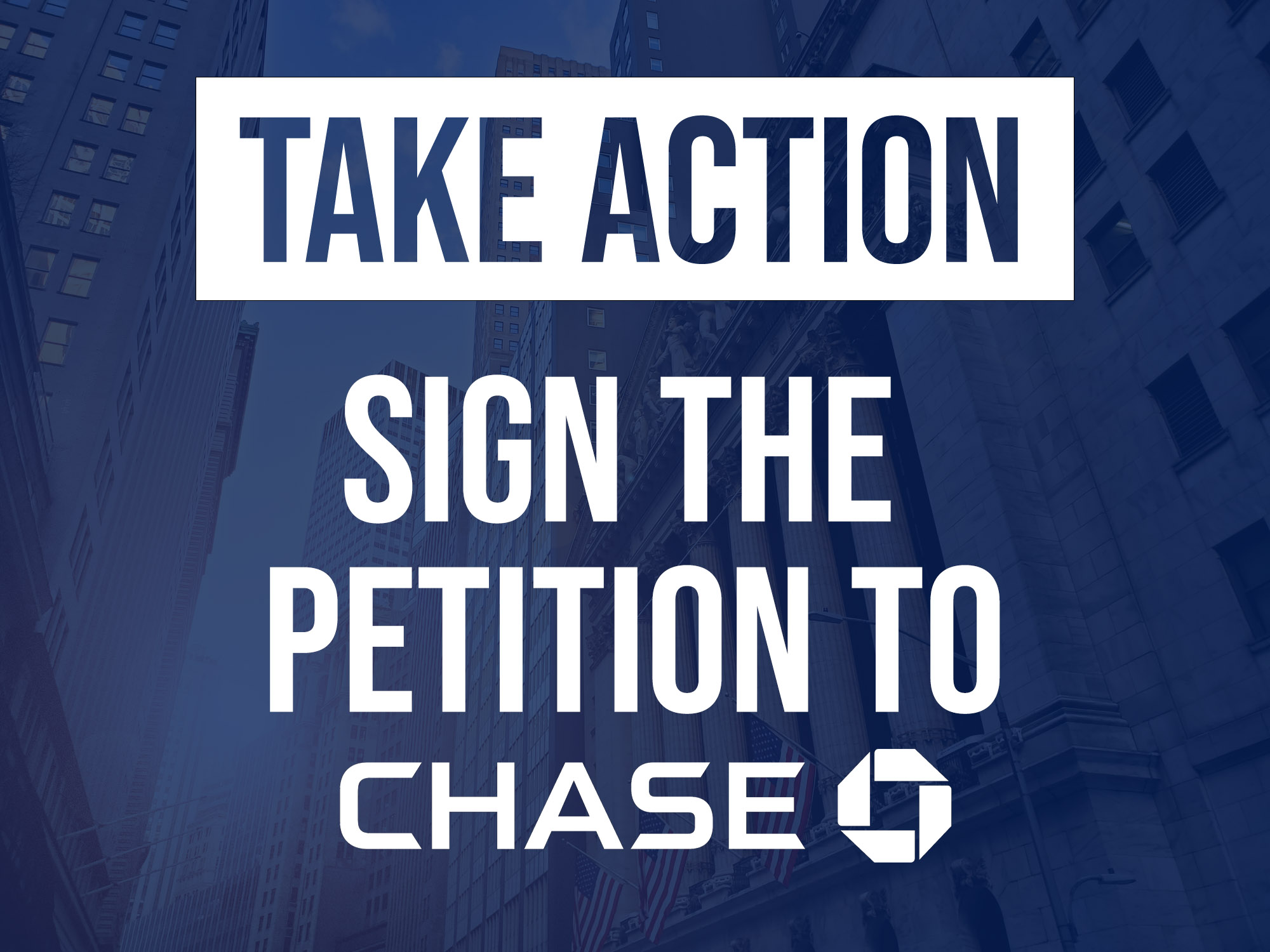 I am writing to voice my concern with the company’s poor track record of respecting free speech and religious liberty.

This is clearly evident from your recent debanking of Ambassador Brownback’s non-profit, the National Committee for Religious Freedom, as well as your abysmally low score on the Viewpoint Diversity Business Index.

I understand that Chase was asked to participate in the Viewpoint Diversity Business Index, and I request that you do so this year. By participating in the survey component of the Index and adopting its recommendations, Chase can ensure that all customers and employees are respected regardless of their religious or political views.

Chase openly celebrates its participation in the Human Rights Campaign’s Corporate Equality Index, but refuses to complete, even part of the Viewpoint Diversity Survey recently sent to the company. This is a double standard, and it needs to stop!

Your participation would go a long way in demonstrating to people like me that Chase takes its respect for constitutionally protected civil liberties seriously.