Remember when Netflix was an awesome new streaming service that allowed you to binge-watch Friends and luxuriate in a fantastic American remake of the British masterpiece House of Cards?

Yeah.  Good times.  They seem so very long ago.

Netflix has become a preachy, hypocritical and politically toxic mess. It runs headliner projects attacking Hollywood’s self-policing Hayes Code and past discrimination against disfavored groups and ideas. Yet it actively supports new McCarthyite blacklists and subject-matter prohibitions that target whites, men, conservatives, centrists and everyone else who the far left has cancelled.  It actively pushes the country to the far left under the direction of board members from left-wing administrations.

But now Netflix has really descended to new depths.  It has featured a French movie – Cuties – that glories in the sexualization of young girls. And when called out, Netflix – the company that thought viewers needed to be schooled by the Black Lives Matter organization before streaming Gone With the Wind – replied “just watch the movie.”

This is absurd – and grotesque.

We are contacting Netflix to express our outrage. We demand that Netflix drop the far-left ideology that permits the sexualization of young people even as it deems masterpieces of American history “unsafe.” And we need you to lend your voice.

Netflix needs to know that a majority of Americans – including millions of its customers – have had enough of the filth and the double-standards. 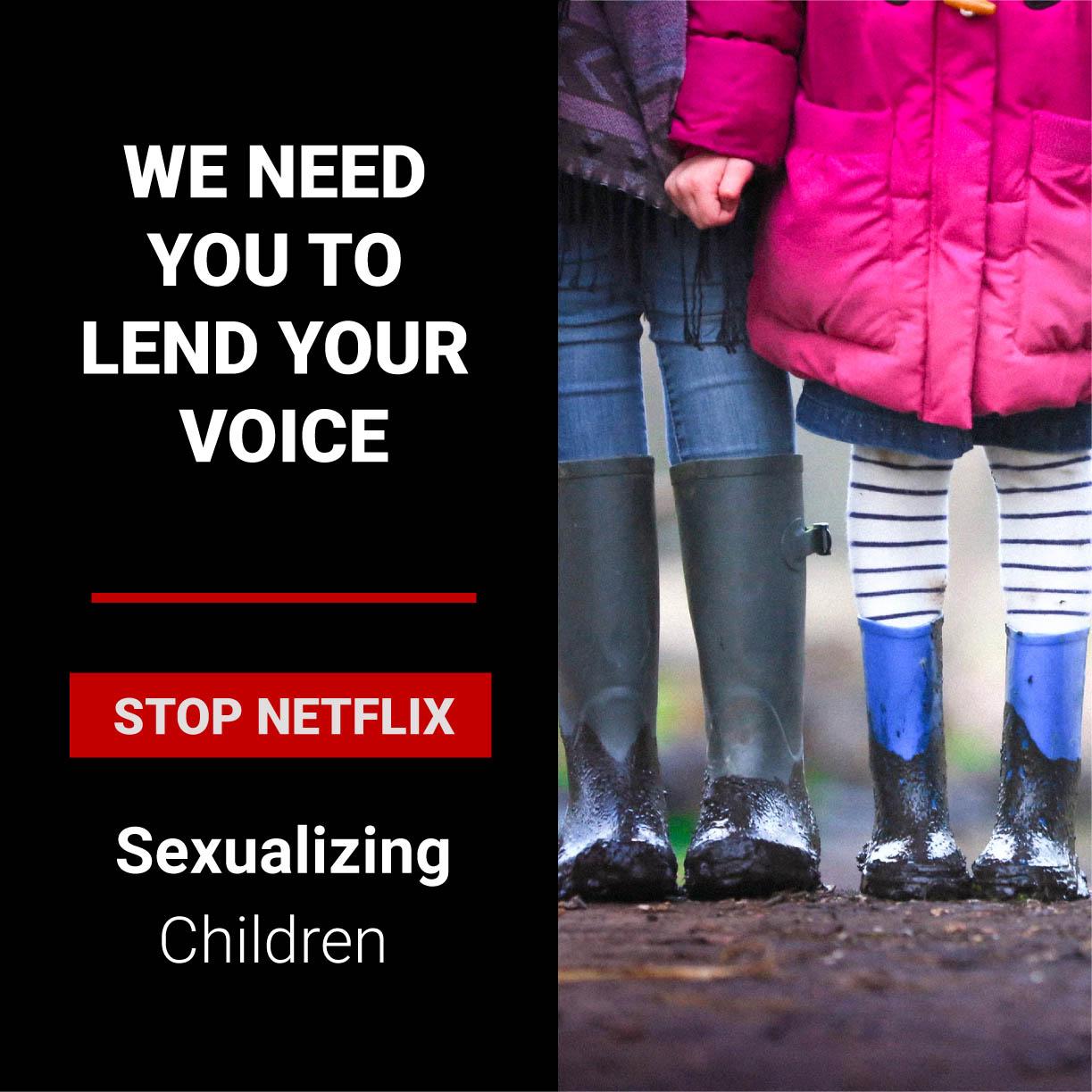 Americans have had enough of Hollywood’s embrace of the worst and most radical aspects of the hard left.  We are sick of being lectured to, of having racial divisions worsened and racial discrimination revived.  We are tired of the United States being demeaned and reviled at every opportunity while traditional values are denigrated and mocked.

In particular, we are disgusted with Netflix. Despite its oh-so-precious trigger warnings and content warnings and close adherence to the ever-shifting sensibilities of radical “victim” groups, it purchased and amplified a movie that straightforwardly sexualizes young girls.

Netflix has defended showing and promoting Cuties by asserting that it is really an “examination and critique” of child sexualization, rather than a celebration of it.  But this won’t wash. It’s like defending yourself against a charge of attempted murder for beating someone about the head by claiming you were just demonstrating all the horrible consequences arising from the scourge of lead-pipe violence.

We have had enough.  Netflix is infantilizing adults and sexualizing children – all in the name of radical politics that poison society and civil discourse.

Netflix seems intent on walking the knife’s edge between menace and farce. It should – for its good and ours – abandon both and return to its roots of providing a platform for good entertainment of all kinds. It should reject the aggressively exploitative fare it has now so gleefully embraced.

Therefore, we the undersigned request and require that Netflix draw back from its insulting and degrading embrace of the far-left worldview to which few Americans ascribe. Drop the sexualization of children and the infantilization of the rest of your viewers. 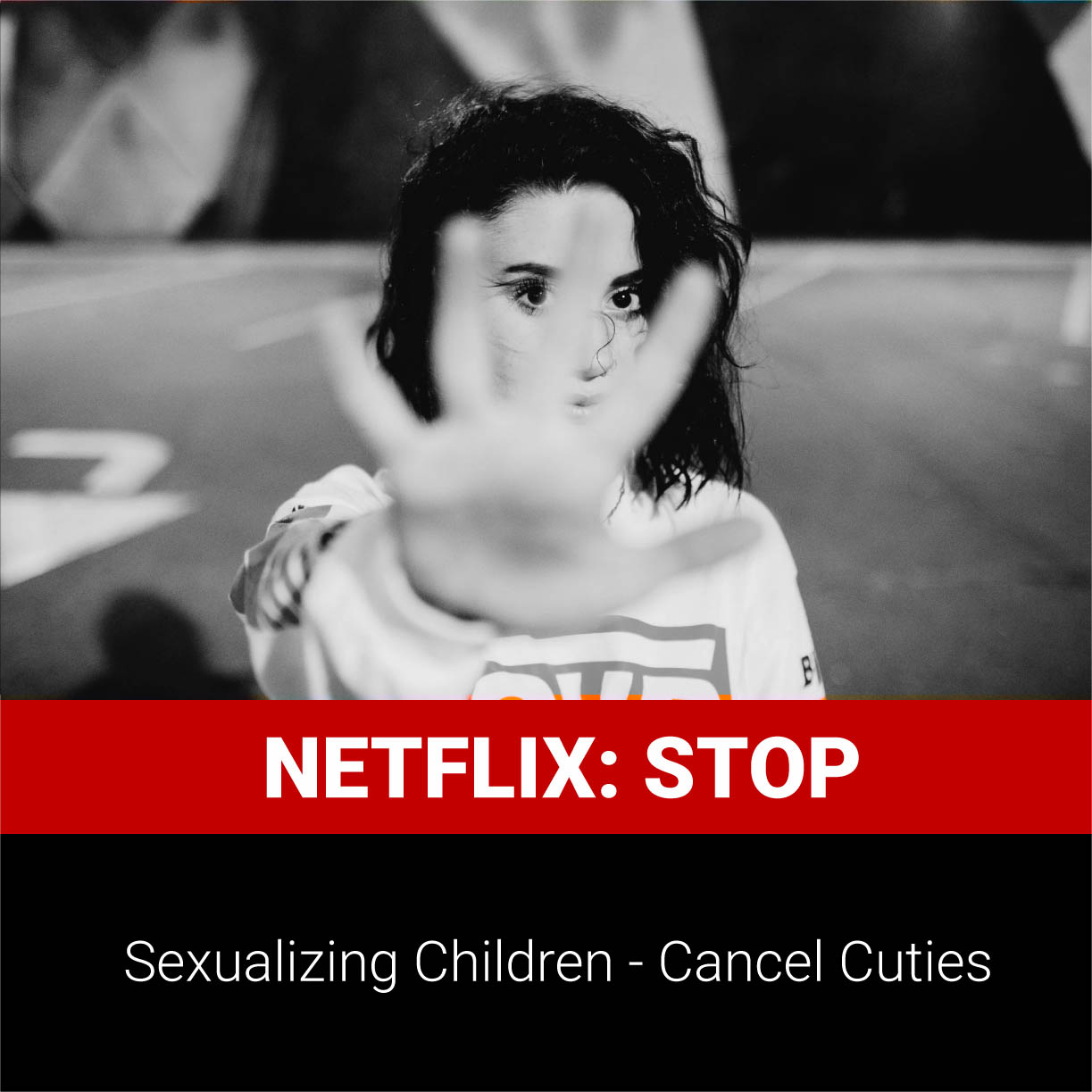