The professional left has been calling for years for the erasure of Native American representation in the broader American culture, desiring to strip Native names from professional sports teams and schools across the country.

If the left gets its way, Native Americans will play a much smaller role in American life.

This is an infuriating tragedy. It’s particularly vile considering that all honest polls of Native Americans have demonstrated an overwhelming preference to keep the names. The only exception only polled Natives living on reservations; the authors deemed Natives who had dared to leave the reservation to join in American life “not Native enough” to count.

How’s that for privilege and supremacy?

What makes this all so much worse is that social-science research has demonstrated that destroying this representation – of which most Natives are very proud – hurts the mental health of Natives who are aware of the erasure, especially vulnerable children.

Native American suicide rates fell in years in which the Redskins won the Super Bowl. Representation matters.  Imagine what permanently erasing the name might do.

We are contacting the corporations that have been pushing hard for the Redskins to be renamed to tell them to do their duty: find out what Native populations really want and what effect erasure of representation really has, and reverse their companies’ positions in order to support Native dignity and Native well-being.

Read more about these polls and research studies here. 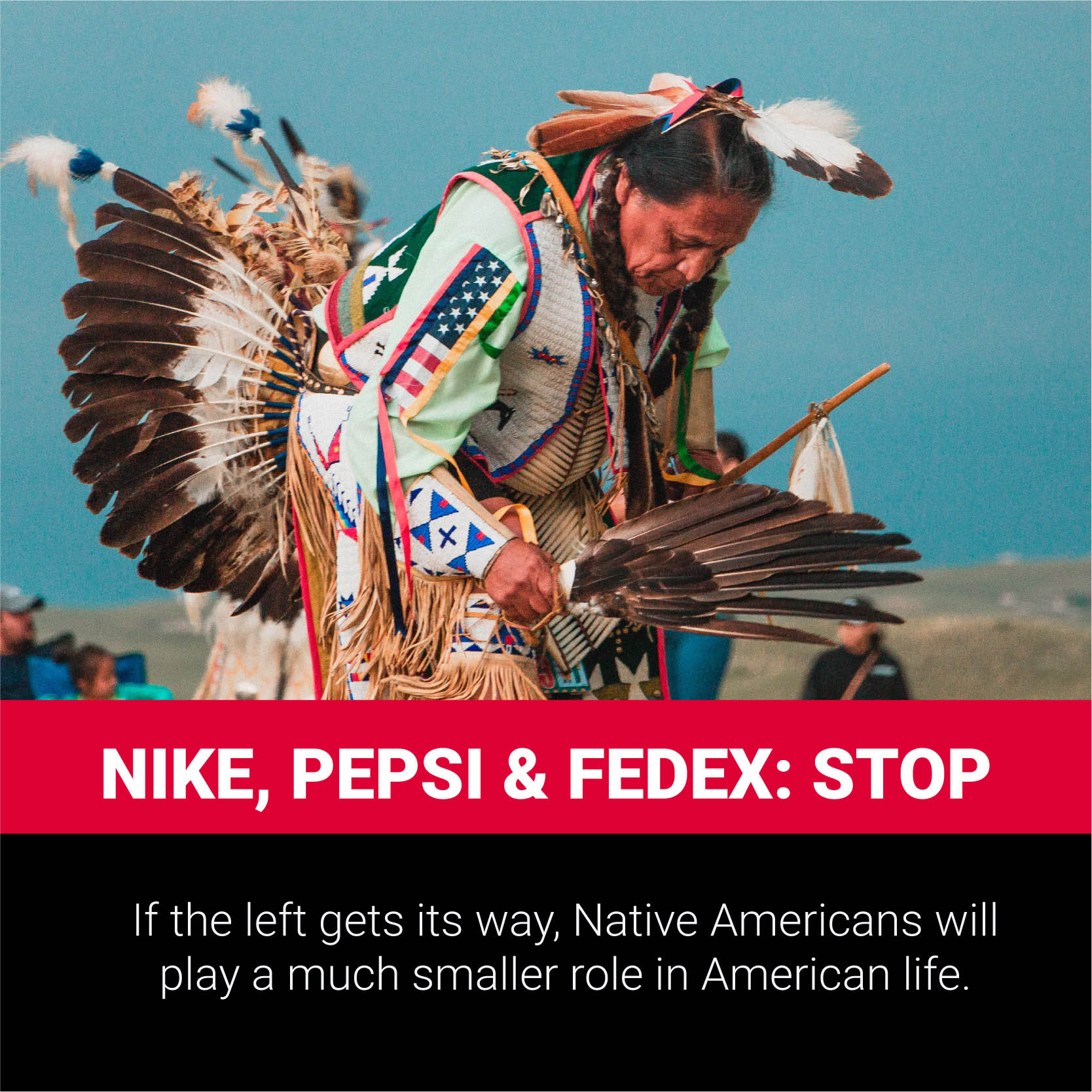 (Petition which will be sent to Nike, Pepsi & FedEx)

Nike, Pepsi & FedEx have pushed hard for the “Washington Football Team” to drop the Redskins name.

They have done this despite significant evidence of an overwhelming and long-standing Native American desire to keep the names. The only data point that suggests otherwise ignored the vast majority of Native Americans in order to focus on the group that the researchers – who sought to engineer the answer they wanted – decided were “Native enough.”

This is appalling. It is made more appalling by the fact that the Natives whom the pollsters deemed “not native enough” are those who have left the reservations to participate in wider American society. And it is they, social-science evidence has discovered, who particularly suffer when Native American representation is erased, whether in professional sports, in college and school names, or anywhere else.

We, Native Americans and allies, demand that Nike, Pepsi & FedEx stop arrogantly insisting that they get to decide which Native American voices count. We demand that they follow the evidence and reverse their discriminatory and dangerous positions. We urge them to tell Redskins owner Dan Snyder to reverse his ridiculous renaming of the team to “the Washington Football Team” and restore Native representation. And then we demand that they get out of the business of Native erasure entirely! 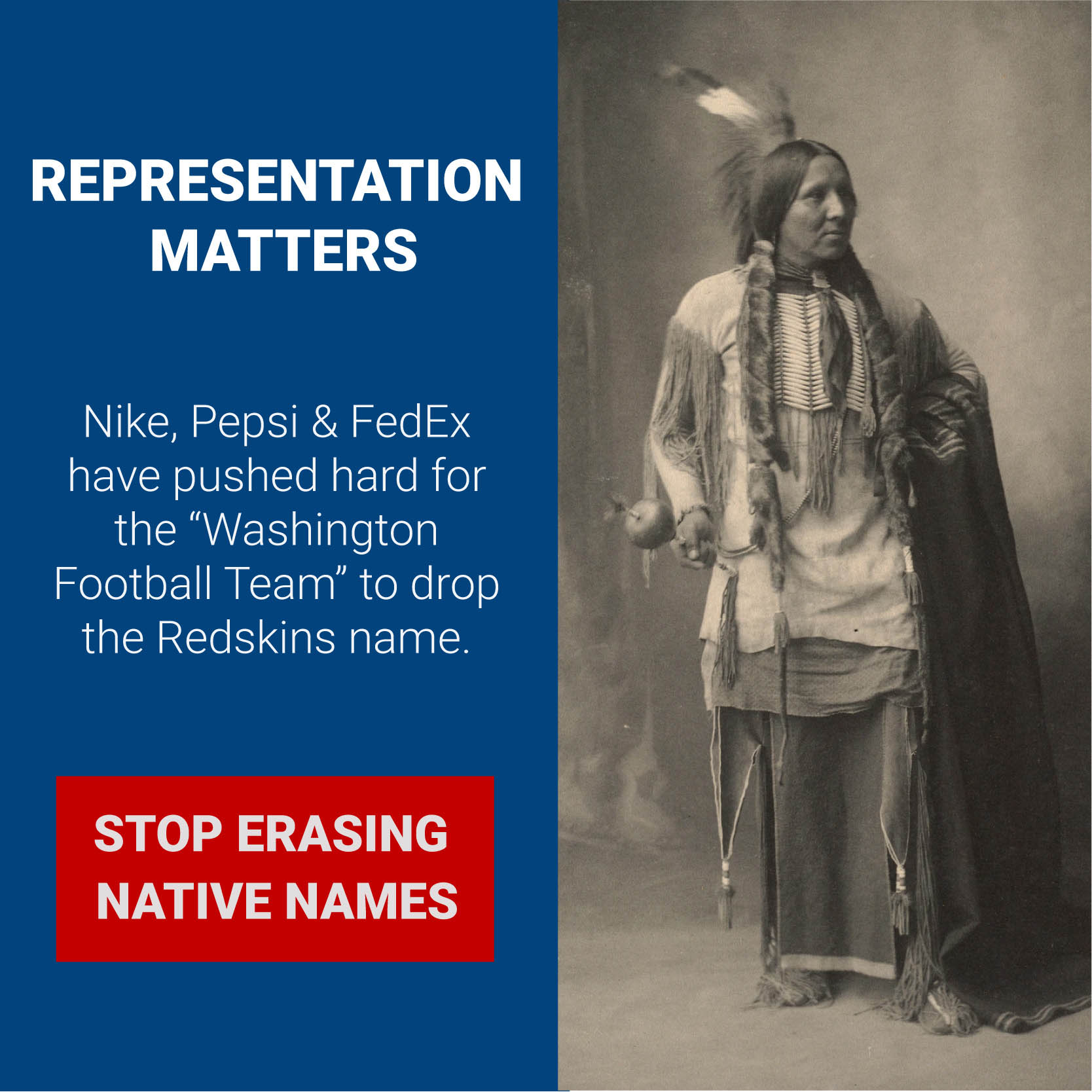