10 Jul 2012 Pennsylvania Voter Disfranchisement Claims Much Ado About Nothing

ConservativeBlog.org
Posted at 06:49h in Articles, Blog by David Almasi 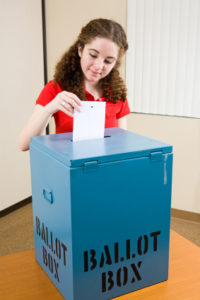 A new report out of Pennsylvania says there are more than 750,000 people on the voter list there who don’t have driver’s licenses.  But, contrary to the assertions of breathless media reports on the disparity and the cries of ballot protection law opponents, this does not mean that the Keystone State’s new voter ID law will be disfranchising three-quarters of a million people this November.

As I point out in a new commentary published by the Daily Caller:

Upon closer inspection, such reporting is much ado about nothing.  If anything, it makes a stronger case for reforming the voting process to protect against identity fraud at the polls….

It’s only past these shocking leads that one learns that other forms of ID are acceptable.  Provisional ballots are available.  Furthermore, a substantial portion of the names on the list may not even be eligible voters.

Secretary of the Commonwealth Carol Aichele noted that all the report chronicles is the number of people who aren’t on both lists.  It is not an indicator of who can’t vote — all sorts of other photo ID is acceptable at the polls and provisional ballots are available on Election Day if no suitable ID can be presented to polling place workers.

Additionally, commonwealth officials will be sending letters to all of the additional names on the voter registration list about the requirements of the new voter ID law and how a free and acceptable ID can be obtained.

This letter is also very important because it will help in weeding out ineligible names on the voter list that could exacerbate the potential problem of ghost voters being used to steal elections.

In the commentary, I note:

What does raise a red flag is that 167,566 names on the list — over 22 percent — haven’t voted since 2007.  If they don’t respond to their letter, they go on an “inactive” list.  If they don’t vote in the next two federal elections, they can legitimately be removed.

These inactive voters may be people who died or moved — thus explaining why there is no longer a corresponding valid driver’s license.  If that’s the case, the presence of these invalid registrations are temptations for identity thieves whose criminal acts nullify the votes of legitimate voters.

There’s no conspiracy afoot in Pennsylvania to keep people from the polls.  In fact, in the end, new photo ID requirements will actually protect the sanctity of the election process.