There has long been a pejorative image of the typical Washington D.C. bureaucrat as a paper-pushing automaton just killing time until he can collect his pension.

Events of the past few months – IRS targeting of Tea Party and conservative groups, DOJ spying on a Fox News reporter, State Department cover-ups and NSA spying – have done much to dispel that myth.   The picture that is now emerging is one of activist government minions hard at work to advance partisan politics at the bureaucratic level.

While the State Department, IRS, DOJ and NSA stories dominate the headlines; there is a lesser-known story of government overreaching developing in two federal courts.

According to the Wall Street Journal:

In complaints filed in federal courts in Illinois and South Carolina, the Equal Employment Opportunity Commission said two companies discount retailer Dollar General Corp. and a U.S. unit of German auto maker BMW AG generally barred potential employees based on the criminal checks, when they should have reviewed each applicant.  The commission said the policies had the effect of discriminating against black applicants.

As the bureaucratic logic dictates, since blacks commit crimes at a higher rate than any other group in America, the disparate impact on a minority population means the criminal class must be treated differently than law-abiding citizens.  If a company wishes to employ moral individuals who display strong personal character, they risk the wrath of activist feds at the EEOC who created and are now combating racial dissention where none previously exists.

This isn’t the first time the EEOC has employed criminal bean-counting to go after corporate America.

In 2010, the EEOC issued guidance that warned employers against using criminal background checks in their hiring processes because it could have a disparate impact on blacks and Hispanics.

At the time, I noted that:

Blacks and Hispanics also have an unfortunate higher high school and college dropout rates than whites and Asians – surely this could be determined to be a disparate impact. Does that mean the EEOC could mandate that employers cannot consider an applicant’s education?  Where will it stop?  It is unfortunate that the EEOC is placing outdated racial politics ahead of the American workforce at a time when employers should be encouraged to hire, but this mentality will likely make businesses think twice about plans for expansion.  Employers should be free to consider the full content of an applicant’s character when making hiring decisions.

Then, in January 2012, the EEOC used this guidance to investigate the hiring practices at some of Pepsi’s bottling plants and concluded – by bean-counting – that, “Pepsi discriminated against African Americans in violation of Title VII of the Civil Rights Act of 1964.”

Instead of challenging the EEOC’s absurd claims, Pepsi shelled out more than $3 million to settle the complaint.  The EEOC distributed some of that money to black applicants with criminal records who did not get hired.  You might call it soda salary reparations for recovering criminals.  I call it a farce.

At the time, I reasoned that:

It could be argued that Pepsi choose to settle the complaint to avoid a public relations nightmare.  But, they didn’t.  Just take a look at some recent headlines:  from ABC News, “Pepsi Beverages Pays $3.1M in Racial Bias Case,” from the Wall Street Journal, “Pepsi Bottling Unit Settles Discrimination Charges for $3.1M,” from the EEOC announcement, “Pepsi to Pay $3.13 Million and Made (sic) Major Policy Changes to Resolve EEOC Finding of Nationwide Hiring Discrimination Against African Americans.”  These headlines do not paint Pepsi in a positive light.  It would seem the EEOC basically extorted Pepsi, and the soda company was too timid to fight back.

I suggested that Pepsi should have fought the EEOC in court, speculating that a federal court might rule that the EEOC’s criminal background guidance exceeds its authority and the intent of Congress in passing the Civil Rights Act.  I wrote:

Instead of essentially rolling over for the EEOC, Pepsi should have gone to court.  The EEOC’s informal guidance misconstrues the legal concept of disparate impact and creates a de facto protected class that Congress never intended.

I also offered hope that the next company to come under EEOC’s racial fire would stand up to the federal bullies and battle the EEOC in court.  I explained that:

Since the EEOC is unlikely to revoke either its criminal background check or its high school diploma requirement guidance, it is up to the legal system to reign in this federal freight train.  Let’s just hope the next company to enter the EEOC’s crosshairs for violating one of these guidances has a little more courage of their convictions.

It appears my hopes have a chance of being realized.  According to the Wall Street Journal, BMW is defending its hiring practices.  The company stated that “BMW believes that it has complied with the letter and spirit of the law and will defend itself against the EEOC’s allegations of race discrimination.… We have a strong culture of nondiscrimination as evidenced by the company’s highly diverse workforce.” 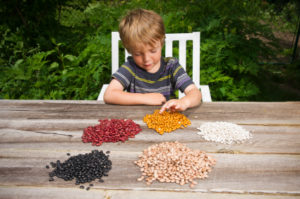 To do so, however, they will need to overcome yet another updated guidance that the EEOC issued in 2012A future EEOC employee hard at work  that further defines why the EEOC thinks it is unfair to discriminate against criminals because blacks statistically commit more crimes than the rest of the American populous.

While the present court cases are troubling enough, the EEOC’s motivation is worse.  The EEOC is not a federal regulatory agency, which means it does not have rule-making authority.  Agencies such as the Environmental Protection Agency have broad discretion to promulgate rules and detailed regulations.  While some constitutional purists abhor this so-called 4th branch of government, the Supreme Court has consistently held that the legislative and executive branches can delegate away their traditional responsibilities to regulatory agencies.

The EEOC, not having this power, is seeking an end-run around this system.

By suing BMW and Dollar General in separate federal courts, the EEOC is hoping to establish a new rule by means of judicial precedent.  If, as a matter of law, the judges accept the EEOC’s argument that criminals are a de facto protected class, the EEOC will have accomplished its desired rulemaking without actually making a new rule and going through the process of public notice and comments, hearings, congressional oversight and other factors that would allow the American people and their elected representatives to participate in the process.

But federal courts have often rejected these super-legislative attempts in the past.  The Wall Street Journal noted that:

In 2011, a judge ordered the commission to pay Memphis-based staffing company PeopleMark Inc. $750,000 in legal fees for pursuing a case after it should have known there was no discrimination.  Among other things, PeopleMark argued that it had hired people with criminal convictions…  In another case, a judge allowed Freeman Cos., a Maryland convention-services company, to question the EEOC’s own use of criminal-background checks in hiring.  Donald Livingston, an attorney who represents Freeman, said the Justice Department has said it will ask for the EEOC information to be placed under seal.  The EEOC’s Mr. Lopez declined to comment on the Freeman case.

The Freeman case is the quintessential example of the liberal elite ruling class attitude.  They dictate to the working class how they can and should operate, but won’t abide the same rules.  Is the EEOC hiring felons, or purposefully not hiring felons?  They won’t say.

For another example of this do-as-I-say-and-not-as-I-do attitude, Congress members are now trying to opt themselves and their staffs out of ObamaCare out of concerns over high prices.

And last year, the U.S. Supreme Court unanimously rejected the EEOC’s position that dictated whom religious employers must hire.  In a rare showing of consensus, all nine justices agreed that the EEOC position was a direct violation of the First Amendment.

Just as blacks should be most offended by affirmative action programs that treat them as intellectually inferior, so too they should be offended by the EEOC’s insistence that they be treated differently in hiring because of black crime statistics.

In a case concerning congressional redistricting, U.S. Supreme Court Chief Justice John Roberts famously quipped: “It is a sordid business, this divvying us up by race.”

Sordid and activist, that is today’s EEOC.