ConservativeBlog.org
Posted at 08:51h in Blog, Health by David Hogberg

Target has dedicated substantial resources to guide our team through every step of the process. First, to help offset the inconvenience of this transition, Target will provide U.S. stores’ part-time team members who are currently enrolled in Target’s health coverage and who are losing access to that coverage a $500 cash payment. Second, we have partnered with a highly respected company that has extensive benefits expertise and asked them to develop a personalized approach to provide one-on-one support to every affected team member.

Translation:  Target is dumping its part-time employees on to the ObamaCare exchanges. 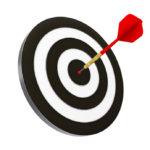 And why not?  Under ObamaCare’s employer mandate, there is no penalty for not providing part-time employees (those who work less than 30 hours a week) health coverage.  Plus, it’s going to cost Target only $500 per part-time employee to get them onto the exchanges, an amount that is surely much less than their current benefits.  I was on a program yesterday where one of the panelists said this was irresponsible on the part of Target.  I didn’t entirely disagree with her, but I noted that ObamaCare provides plenty of incentives to be irresponsible.

Target is following the lead of companies like Home Depot and Trader Joe’s.

Looks like the critics of ObamaCare were dead on again:

-Here’s John Goodman of NCPA citing a study in Health Affairs that showed “that changing theoretical premium contribution levels by just $100 could induce 2.25 million individuals to transition to exchanges and increase federal outlays by $6.7 billion.”

-Here’s The Weekly Standard’s Jeffrey Anderson examining research from McKinsey and Co. that 30% of employers would dump employees into the exchanges.

-Here’s the Heritage Foundation reporting on the findings of the House Way and Means Committee “that the most successful companies would save billions of dollars if they stopped offering coverage to their employees and dumped them into the taxpayer-funded Obamacare exchanges.”

And while we are on the subject, how many companies have announced they will cut back employee hours in response to the employer mandate?  Last time I checked in it was 363.  Now it’s 388.