03 Mar 2015 Republicans Usually Ask for Higher Spending During “Members’ Day.” This Year, Some Called for Cuts

ConservativeBlog.org
Posted at 04:05h in Articles, Blog by David Hogberg

I worked for the House of Representatives from 2007-2008.  While there, I attended the 2008 “Members’ Day” hearing at the House Budget Committee.

Members’ Day is when the Budget Committee gives representatives a chance to testify about their own priorities for the federal budget.  While the hearing usually lasts somewhere between four to six hours, in 2008 45 minutes was all I could stand.  I watched the rest back at the office.  (It can be viewed on Youtube here.) Without exception, the Democrats testified in favor of either protecting various federal programs from cuts or spending more on them.  But the few Republicans who also testified did largely the same.  Very dispiriting.

I tuned in via the internet to this year’s hearing expecting much the same. Thus, I was pleasantly surprised to see some Republicans, and even one Democrat, dash my low expectations! 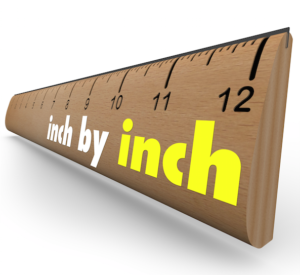 The two best testimonies came from Reps. Bob Goodlatte (R-VA) and David Schweikert (R-CA.)  Goodlatte testified about the need for a balanced budget amendment and an overhaul of the tax code.  Schweikert talked about administrative changes that the federal government could make to save money.  For example, he said if three federal employees working in three different agencies need to take a trip to Richmond, Va. on the same day, why do they each take a separate government vehicle?  He claimed “there’s an app for that” which allows agencies to coordinate such things.  Schweikert said the federal government is way behind the private sector on that (no kidding!)

Rep. Rich Nugent (R-FL) disappointed by calling for the spending cap to be lifted on defense spending.  Not the worst thing in the world, but I’m the type of conservative who thinks budget savings need to be found in all areas.  However, Nugent recovered a bit when he did say that spending cuts were necessary, although he did not talk about specifics.

The biggest disappointment came from Rep. Mia Love (R-UT).  She argued against cuts in the Obama Administration’s budget for a water project in Utah.  Utah is experiencing a drought, she claimed, and Utah will pay 35 percent of the cost of the project.  Supposedly Utah will have to pay back the federal government the rest of the funding over time, although you can be sure it’s at a cushy interest rate that you have no hope of getting in the private sector. Not the worst thing in the world to defend from spending cuts, but since Love has been routinely touted as one of the big up-and-comers, her testimony was a let down.

The most promising start came from Rep. Alex Mooney (R-WV).  He first called for “defunding overreaching agencies,” and he specifically mentioned the Legal Services Corporation.  (To learn more about why we should get rid of the LSG, go here and here.)  He next asked for the Environmental Protection Agency to back off ozone regulations that are threatening coal-fired power plants.

To use a basketball analogy, Mooney had just nailed two three-point shots with nothing but net.  His third attempt was eagerly awaited.

He then talked about the need to fund federal mine-closing services because such services are beneficial to the communities near a closed mine.

But then a Democrat member of the Budget Committee, Donald Norcross (D-NJ), made a save.  He questioned Mooney as to why closed mines were not the responsibility of the companies that owned them.  Mooney didn’t have a good response.

There are two lessons we can take from last week’s Members’ Day hearing.  The first is how much progress the center-right has made in recent years.  Back in 2008, it was almost unthinkable that Republicans would argue for spending cuts during Members’ Day.  That some now do shows how much Tea Party organizations and other conservative and libertarian groups have made in pushing the GOP in the right direction on the issue of spending.

The second lesson is how far we have to go.  Only two Republicans espousing unadulterated conservative/libertarian positions on the budget is not enough.  We’ll know that we’re getting close to our destination when (1) a lot of GOP members testify during Members’ Day about the need for spending cuts and each one singles out a specific agency for elimination, and (2) a few Democrats do the same.