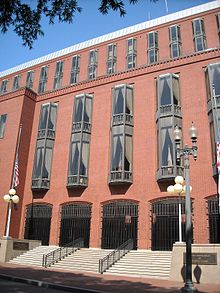 Attorneys John Yoo and Horace Cooper have an op-ed in Investors Business Daily, published just now, asking why the Obama Administration is hiding thousands of documents relating to Fannie Mae and Freddie Mac.

Another clue might come from something a federal judge said when she disagreed with Obama:

The court will not condone the misuse of a protective order as a shield to insulate public officials from criticism in the way they execute their public duties.

John Yoo is Heller Professor of Law at the UC Berkeley School of Law and a visiting scholar at the American Enterprise Institute, while Horace Cooper is a National Center senior fellow and co-chairman of the African-American leadership group Project 21.