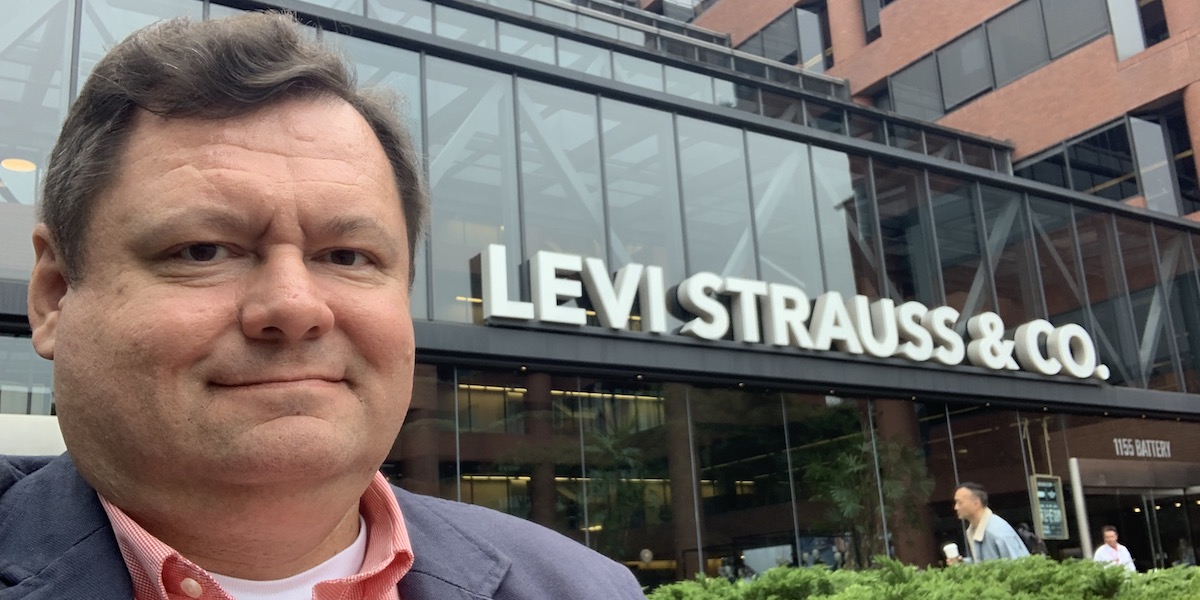 Press Release
Posted at 15:25h in Free Enterprise Project by The National Center

San Francisco, CA/Washington, D.C. – Levi Strauss & Co. executives were presented today with conclusive proof that their politics could hurt sales, and they simply dug their heels in further.

At the Levi Strauss annual shareholder meeting, the National Center for Public Policy Research’s Free Enterprise Project (FEP) presented polling data indicating across-the-board public opposition to the clothing manufacturer’s anti-gun activism. But despite proof that their politics could hurt sales in key demographics, leaders of the clothing manufacturer stood their ground, telling shareholders they would continue to risk profit and the company’s future by pursuing what they refer to as a “values-driven” business model.

“Levi’s is putting itself at risk of becoming a niche brand of the political left, like Smart cars and Boca Burgers,” said National Center Vice President David W. Almasi, who represented FEP at the meeting. “When consumers discover that Levi’s supports efforts aimed at restricting their Second Amendment right to own and use guns safely and legally, our polling suggests they are less likely to buy Levi’s products. The company only made this risk greater today by putting politics ahead of pants.”

At the meeting, Almasi presented the results of an FEP-commissioned poll that showed how Levi’s anti-gun activism made knowledgeable consumers less likely to buy its products.

According to the nationwide survey:

• An overall 89% total favorability rating for Levi’s, Dockers and Denizen clothing fell to 63% after those surveyed learned of Levi’s involvement in anti-Second Amendment activism.

• Upon learning of Levi’s opposition to gun rights and its participation in and funding of anti-gun activism, 63% of overall respondents said they were less likely to purchase Levi’s products. This included 71% of Millennials and 75% of those living in the Midwest.

Full results of FEP’s poll are available here. Summaries of the poll were given to the Levi’s board of directors at the shareholder meeting.

Levi’s Form 10-K contains 16 pages dedicated to risk factors including trade wars, intellectual property theft, earthquakes and pandemics that could threaten the company’s future profitability. Yet just 57 words are dedicated to a clear and present risk you’ve already assumed. It seems there isn’t an ample understanding of the risk when you, in your words, “take positions on social issues that may be unpopular with some customers.”

You note these positions could “impact our ability to attract or retain such customers” and “reduce long-term demand” for Levi’s products. Since it appears the board has failed to effectively address this, I’m here to help with your due diligence…

Mr. Bergh, in your letter to investors, you said you “can’t say definitively that leading with purpose has driven our business growth.” I’m telling you we have proof that it won’t when “leading with purpose” means seeking to deprive Americans of their civil rights.

Some financial experts wonder if there’s any more room to expand. Is it wise to alienate core constituencies – like Midwesterners and Gen-Xers and even Millennials – by adopting political causes? Why can’t you simply remain neutral and just make clothing?

Almasi’s full statement, as prepared for delivery, is available here. The exchange between Almasi and Bergh and Levi’s Chairman Steve Neal is available on YouTube.

Earlier in the meeting, Bergh said the company is “not gonna change” and is “committed” to its political stances. In response to Almasi’s comments and question, Bergh stated that political neutrality is “not the kind of company we are” and that Levi’s is “proud to take stands on social issues of our time.” Later in the questioning, Bergh did push back when a representative from People for the Ethical Treatment of Animals (PETA) asked the company to “ditch cow leather” based in part on its environmental sustainability goals.

After Bergh and Neal cut off public conversation, Almasi was approached by a Levi’s employee with whom he stressed the importance of retailers remaining neutral in an increasingly polarized political climate.

“We are not asking anyone at Levi’s to change their personal opinions about guns. We are simply asking them to respect shareholders’ investments by not making the company a muscle for fringe politics,” Almasi said. “Financial experts worry about the ability of Levi’s to stand out and grow in a shrinking marketplace. Being seen as the company colluding with Michael Bloomberg to restrict gun rights is not the right way to gain favor with blue-collar workers and Walmart shoppers.”

Today’s Levi Strauss meeting marks the 29th time FEP has participated in a shareholder meeting in 2019. Support our work! Click this graphic to make a donation to help FEP defend your Second Amendment rights.