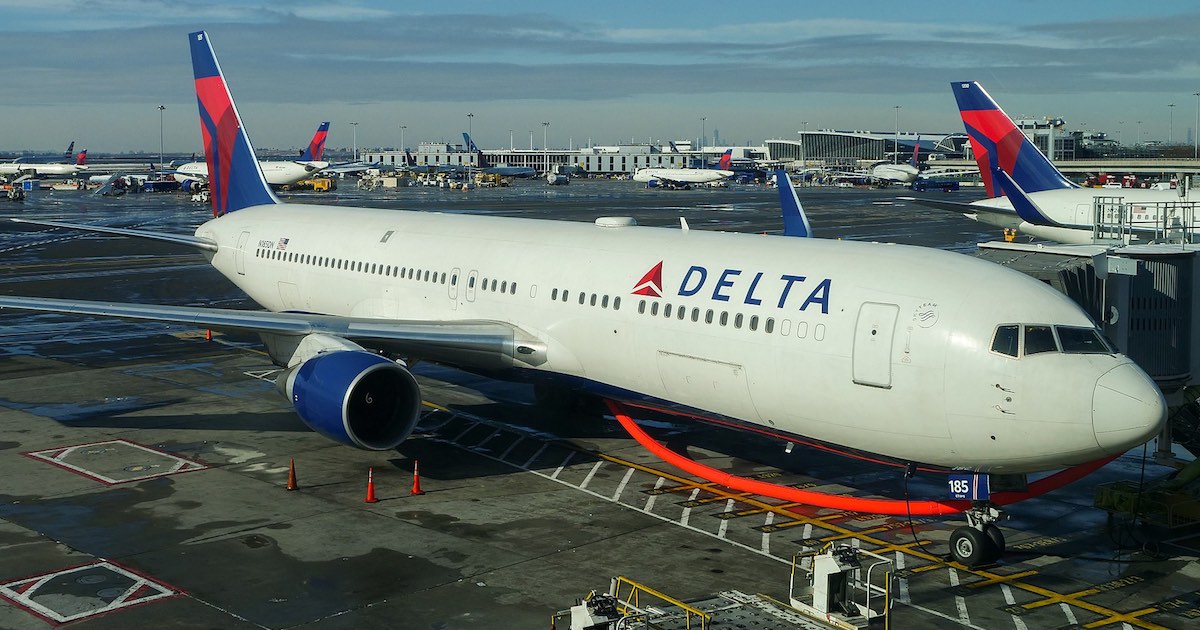 CEO Retreats From Objections to Georgia’s Election Integrity Law, Yet Fails to Explain or Apologize

Washington, D.C. – Delta Air Lines CEO Ed Bastian today backed away from his high-profile opposition to Georgia’s election integrity law, yet refused to explain his U-turn or to apologize for his corporation’s left-wing activism on the issue.

At Delta’s annual shareholder meeting, Scott Shepard, who serves as deputy director of the Free Enterprise Project (FEP) at the National Center for Public Policy Research, submitted this question:

Delta and CEO Ed Bastian were at the forefront of condemnations of Georgia’s voter-integrity law, a law designed to stop election fraud, as by requiring voters to provide ID, which are provided for free in Georgia. You said, Mr. Bastian, that the legislation is racist, fraudulent, and that “I need to make it crystal clear that the final bill is unacceptable and does not match Delta’s values.” Since that time, credible evidence has arisen that large numbers of counted ballots in Georgia were photocopies. Could you now explain in detail which specific provisions of the bill you object to and why – along with what specific substitute reforms you have in mind that will ensure that clean and honest voting is still guaranteed?

Delta employees revised the question, asking simply: “First question relates to Georgia voting. Explain which provisions of the bill you specifically object to.”

Delta’s brand is about uniting people. It’s about bringing the world together. Delta is a brand that’s known for its integrity, respect, understanding and inclusiveness. As a result, we’re now working in consultation with bipartisan and nonpartisan organizations as well as election law experts to see collaborative solutions on this important issue.

Shepard’s submitted and annotated question can be read here. The revised question and Bastian’s response can be heard here.

Delta was one of the giant Georgia companies that came out in opposition to the bill to ensure voting integrity in Georgia. When the bill became law, Delta CEO Ed Bastian asserted that the law was racist and fraudulent, and that “I need to make crystal clear that the final bill is unacceptable and does not match Delta’s values.”

Today we gave him a chance to explain exactly why and how, but he and Delta refused. He appears to have abandoned his opposition to the law, which is good. But we should recognize that Delta is an unthoughtful and unreliable corporate neighbor, one more controlled by woke shibboleths than common sense and good judgment. Delta has embarrassed itself throughout this process, and shareholders should judge it, and Ed Bastian particularly, accordingly.

Delta must also be ashamed of stealth editing our question to take out the evidence of Bastian’s previous position, its errors and the proof that he made wild and false claims about Georgia’s law. In just this episode, Bastian has failed in his duty of care to the company and to shareholders; he has gotten the facts wrong; he has maligned the people of Georgia not only without evidence, but contrary to the evidence; and then he has misled his shareholders by mangling a shareholder submission that would have made all of this clear and put him on the spot to explain himself. This is sorry and frankly unacceptable behavior from a CEO, especially the CEO of a company that relies on constant government bailouts paid by all taxpayers, not just the hard-left ones that appear to run Delta these days.

Today’s meeting marks the 44th time FEP has participated in a shareholder meeting in 2021. To schedule an interview with a member of the Free Enterprise Project on this or other issues, contact Judy Kent at (703) 477-7476.