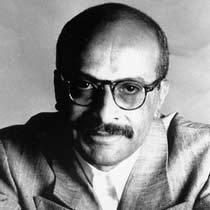 Before his untimely passing in August 2016, Hicks had been an active and high-profile figure for more than 35 years. Beginning in the turbulent 1960s and into the 1990s, Hicks’ views were aligned with what he described as the “orthodoxy of left–liberalism.” By the mid-1990s, however, he began a lengthy re-examination process that resulted in dramatically-altered political views and positions. After this process, his views often stood at odds with the beliefs with which he was long associated, and he identified himself as a political conservative.

Representing Project 21, he was a guest on the Fox News Channel, CNN, NBC, Newsmax TV, SiriusXM satellite radio, USA Radio Network, Salem Broadcasting, Westwood One and other national television and radio networks, and his opinion articles and interviews appeared in national and international print media such as the Washington Post and Orlando Sentinel. A former analyst and commentator for PJTV.com, he hosted “The Hicks File” and “The Minority Report” programs for the web-based media outlet. From 2005 to 2008, he also hosted the weekly “Joe Hicks Show” on KFI-AM in Los Angeles.

Prior to co-founding CAI, Hicks served as the executive director of the Los Angeles City Human Relations Commission from 1997 to 2001. In the early 1990s, Hicks was executive director of the Greater Los Angeles chapter of the Southern Christian Leadership Conference — the civil rights group formed by Dr. Martin Luther King, Jr. Hicks previously served as a member of the Board of Governors for the California State Bar as well as on the California Advisory Panel to the U.S. Commission on Civil Rights.

In 2007, Hicks testified on behalf of Project 21 before the U.S. House of Representatives Subcommittee on National Parks, Forests and Public Lands regarding proposed legislation to create a “special resource study of sites associated with the life of Cesar Estrada Chavez and the farm labor movement.” Hicks, who had worked with Chavez, noted that “labor leaders who lead non-UFW farm worker associations hotly dispute the notion that Chavez or the UFW ever represented their views and challenge what they see as ‘mythology’ surrounding Chavez.”

On “The Glazov Gang,” Joe says black lives only seem to matter when they can be exploited (7/22/16)

On the Fox News Channel’s “The Kelly File,” Joe notes that Eric Garner’s own family doesn’t believe his death was about race. Why can’t America see that? (12/8/14)

On the Fox News Channel’s “The Kelly File,” Joe says some Ferguson protesters are “just flat-out rejecting facts and evidence” (11/26/14)

On the Fox News Channel’s “The Kelly File,” Joe criticizes the Ferguson rioters (11/25/14)

On CNN, Joe disputes the portrayal of Ferguson police as “inherently racist” (8/19/14)

On Fox11-Los Angeles, Joe shares his concerns for justice amidst the anger and politicization of the Michael Brown shooting (8/19/14)

On NBC, Joe says claims of broad employment discrimination no longer make sense in an age when we have a black president and black attorney general (4/22/14)

Publications and Commentary by Joe Hicks:

Why the Rush to Judgment in Ferguson? (September 2014)