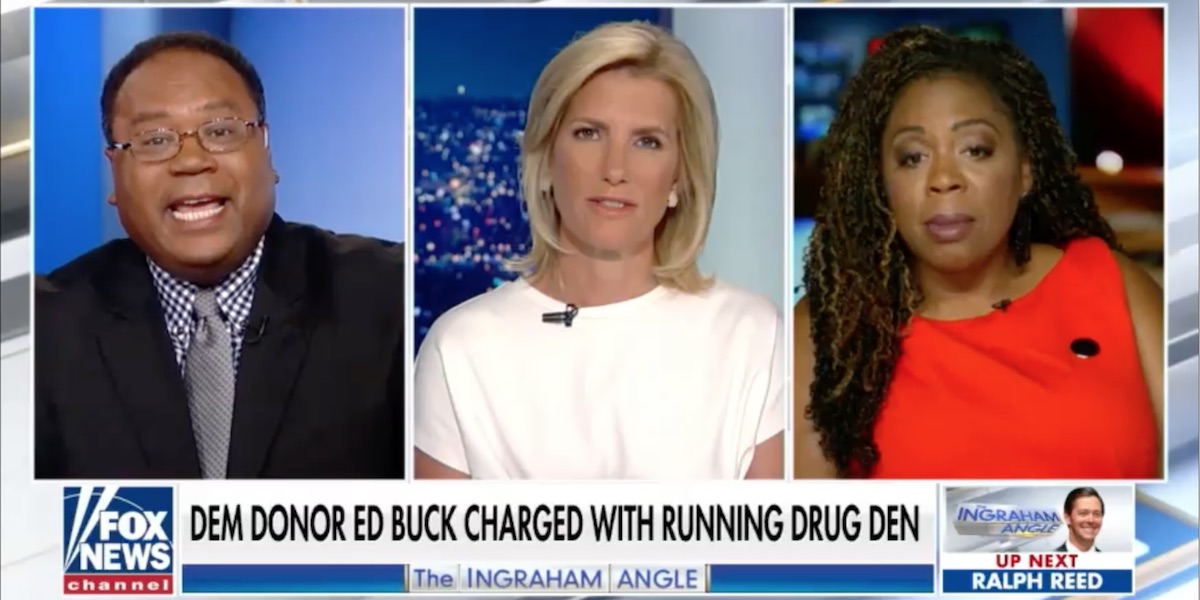 ConservativeBlog.org
Posted at 19:15h in Blog, Project 21 by David Almasi

Two men have died, and a third is currently recovering, from methamphetamine overdoses alleged to have been facilitated by a wealthy, powerful and politically-connected man in Los Angeles named Ed Buck.

The victims were black men — so is this crime about racism, as a person close to one of the victims is suggesting?  Project 21 Co-Chairman Horace Cooper says it is likely Buck’s abuse of influence, rather than racism, that may be more to blame.

In a segment on the Fox News Channel program “The Ingraham Angle,” Horace challenged Jasmyne Carrick, a spokesman for the family of Gemmel Moore. Moore died of an overdose in Buck’s house in 2017.

“I’m not gonna sit here and ignore the fact that the victims were black,” said Carrick. In response, Horace pointed out that the victims were both black and gay. Buck is a prominent gay rights activist, and the charges against him claim that he acted like a “violent, dangerous sexual predator” and had a fetish involving injecting people with large quantities of drugs.

Noting the recent series of revelations about people of prominence using their influence to skirt the law, Horace said:

It is not true to say that this issue turns on race. What this issue is turning on – what we need to watch – is: Are we allowing people right in our midst to use their wealth and influence to literally get away with murder?

That may be her truth, but Horace explained that turning a blind eye to powerful predators is something that has hurt black people in this instance but can affect anyone without regard to their sex or race:

Here’s the much more likely story: This man’s influence allowed him to act with impunity.

Buck has been a prominent donor to liberal political candidates and causes – something that may have led to influential people within his network ignoring the allegations against him. Horace suggested that a conservative facing such allegations would not have been treated in a similar manner.