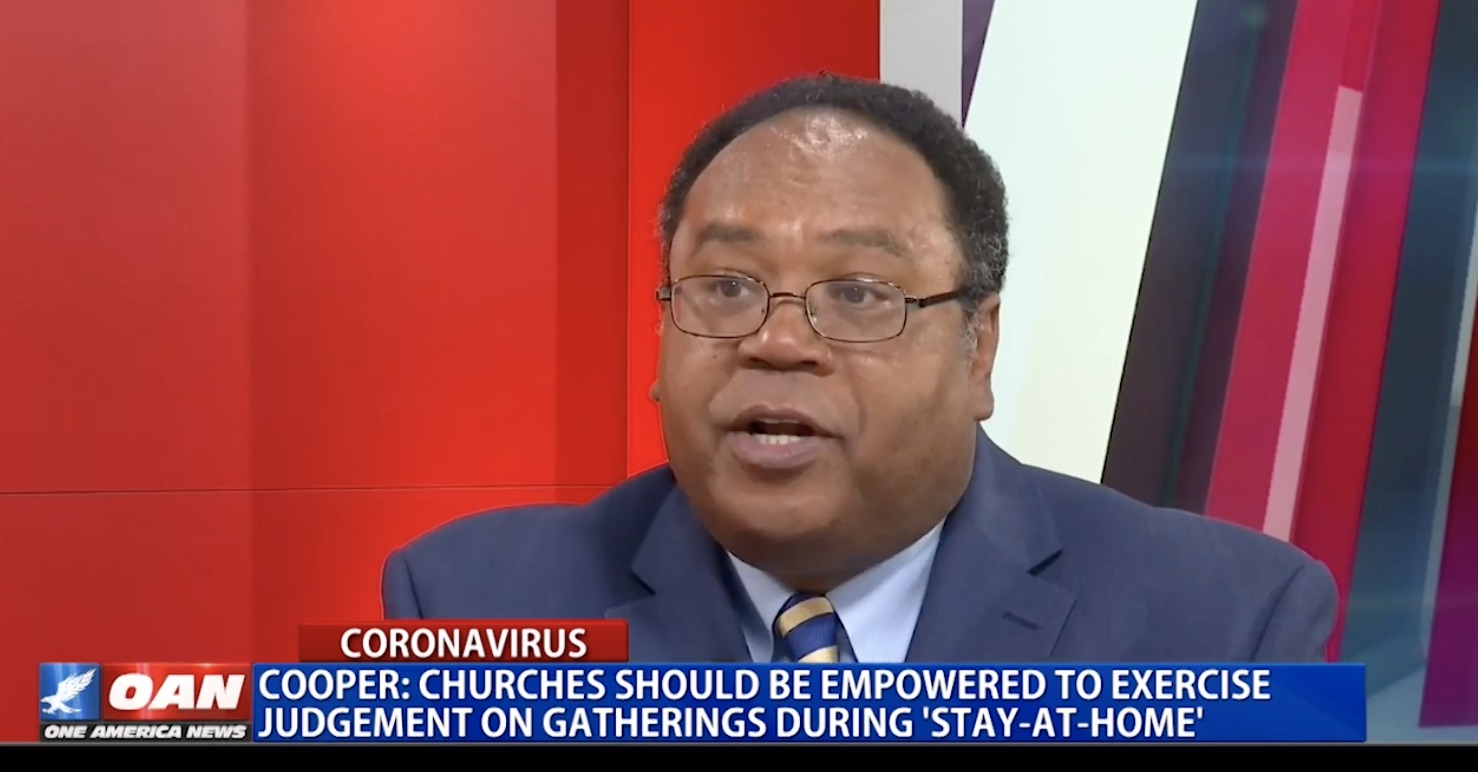 13 May 2020 Protecting Our First Amendment Rights During the Pandemic “The Constitution doesn’t actually go on a hiatus during a pandemic.”

It’s truly sad that National Center Senior Fellow Horace Cooper had to explain this during a recent One America News segment highlighting the erosion of civil liberties during enforcement of policies meant to “flatten the curve” of COVID-19 infections. What’s worse is that it was pointed out during a segment describing how government officials have been particularly harsh on churches despite the express constitutional prohibition on government infringement of religious freedom and the right to assemble.

Noting how the application of some orders were selective in the treatment of institutions of faith, Horace told OAN correspondent Stefan Kleinhenz that “[t]he rule typically is that the government can’t do anything adverse to the church unless the government is doing something that affects everyone.”

Yet there was New York City Mayor Bill de Blasio, threatening to “permanently” close houses of worship that “enforcement agents” found in violation of city edicts. And there was Louisville Mayor Greg Fischer, ordering churches not to hold Easter services – even those that held “drive-in” services in which congregants did not leave the safety of their vehicles. In Louisville, a church sued and a judge ruled in the church’s favor and allowed Easter celebrations there.

In the case of Kentucky, a federal judge – Justin Walker – realized how insensitive, how much in violation of our First Amendment rights [that was]. That separate treatment. That disparate treatment. Church treated one way – McDonald’s treated another way.

That ran afoul of the First Amendment, and he issued an injunction.

Horace explained that it’s important not to be selective in enforcement of the rules, particularly since people should be trusted to make their own reasonable judgments:

We’re the ones that are empowered to exercise judgment. When the government understands that you can go to Home Depot and be trusted to make decisions about whether you need to go or not, the Constitution says the government must act the same way with regard to people of faith.

When the government overreaches, it’s important that we have constitutional judges who recognize the importance of the Bill of Rights.

Horace is a coauthor of the new National Center report, Beyond COVID-19: Blueprint for Restoring Liberty, Rebuilding the Economy, Safeguarding Public Health and Responding to Crises, that analyzes the mistakes made during the American response to the pandemic, and what lessons can be learned and employed to restart America and lay the groundwork for a better response to the next national crisis.