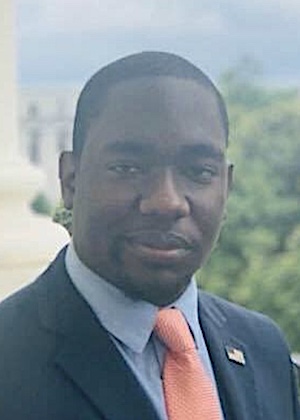 Project 21 member Diante Johnson is the founder and president of the Black Conservative Federation (BCF). A prominent millennial-led organization, the BCF’s mission is to create more black conservatives – and conservative leaders in general – by promoting fiscal discipline, educational advancement and community improvement.

Diante has logged multiple appearances on the Fox News Channel and CNN and has been published by the Washington Examiner. He was recognized by Newsmax and Red Alert Politics in 2018 as one of their “30 Under 30” most influential conservatives.

In 2016, at the age of 20 and while studying political science at the University of Illinois, Diante ran for a seat on the Vermilion County (Illinois) Board. He also ran for a Republican National Convention delegate spot from the 15th Congressional District of Illinois in support of Dr. Ben Carson. He later served as a regional field director for the Donald J. Trump for President campaign. He has both advised and worked on several state and local campaigns.

A native of Chicago, Diante understands the inherent challenges faced by those living in communities with food deserts. After moving to Danville, Illinois, he was the youngest member of the Douglas Discovery Garden – where he played an active role in efforts to promote healthy and sustainable living through projects such as a community garden. He has also been active in volunteer community projects, music, community activism and within his church. His commitment to serve comes from his family. He watched his mother, a lifelong educator, inspire children to be their best selves and never forget those who have been left behind. She taught him that, through hard work and perseverance, people can create a better environment and more promising futures for themselves and their families.