ConservativeBlog.org
Posted at 05:30h in Articles, Blog by David Almasi 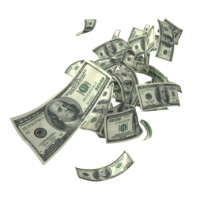 Congressional observers say next week’s debate over the continuing resolution and 2012 Obama budget request (to be released on Monday) will be where Republicans can show fealty to campaign promises to cut spending and reduce the deficit.

But there is a perfect opportunity to test their mettle before that bigger battle and give a cue to a tea party movement waiting to see if this new leadership meant what they said.

On Saturday, February 12, key parts of the government’s Trade Adjustment Assistance programs will expire.  First established in 1974 as a means of retraining, relocating and otherwise offsetting domestic job losses related to international trade agreements, the program has grown into a federally-subsidized “rubber room” that allegedly serves as little more than welfare for out-of-work union workers.

Like most everything else, the Obama stimulus set the program on steroids.  While the TAA cost taxpayers just $406.6 million in 2001, the program is now predicted to cost $2.4 billion this year alone if it is extended.

While TAA is supposed to be about getting people back to work, it seems to largely be about getting people on the dole.  For example, almost a billion dollars in TAA funds were spent on payouts to workers between 1995 and 1999 while only about third as much went to retraining and a hundredth as much to costs incurred in relocation or job searches.  There is no guarantee, by the way, that the retraining will lead to new employment.  Worse yet, a 2008 study conducted at the American University in Washington, D.C. reported that retraining efforts often led to the workers ending up in jobs with lower pay.

That same AU report called TAA a “dubious value.”  That’s apparently been a long-running problem.  In a 2000 report from the U.S. Trade Deficit Review Commission, 19 states at that time found the federal program “inadequate” and 19 more found it needing improvement.

Considering there are also plenty of other federal, state and local job training programs, it would seem this is a great place to cut the budget and save billions.  Right?

Sure, if it wasn’t for politics.

The trouble is that there are three international trade pacts up for congressional approval — with Columbia, Panama and South Korea.  Columbia’s has been waiting for years, having already been negotiated during Republican congressional rule and renegotiated after the Democrats took over in 2007.  Democrats are planning to hold any progress on these trade agreements hostage unless TAA is renewed.

And House Ways and Means Committee Chairman Dave Camp (R-MI) is supporting linking TAA’s renewal to the Columbian pact.  He is said to believe this is the best way to help the trade bill make it through Congress

Allowing increased free trade — and the jobs and profits to American businesses it might create — hostage, or aiding and abetting it, to continue a dubious spending measure is not sending a good message to a public that is clamoring for an end to politics as usual.  It is also not going to help pare down an exploding deficit.This is only a small measure, but the message it could send and the precedent it would create will not bode well for the allegedly new leadership on Capitol Hill.