Posted at 05:16h in Articles by The National Center

Author’s Note:  Mea Culpa.  In the post below, I incorrectly say that President Obama and his speechwriters failed to fact check his 2011 State of the Union Address when claiming a $535 million government investment in a solar panel company (Solyndra) would create 1,000 jobs.  The $535 million is technically structured as a securitized loan and, in fact, the President made this statement in his 2010 State of the Union Address.  This was a regrettable fact-checking error on my part and no one else.

The piece was posted last night, and a former Solyndra employee brought the error to my attention this morning.  My thanks go out to that former employee, who also mentions that at the time he made his 2010 State of the Union Address, Obama likely believed that Solyndra would add 1,000 workers.

The remainder of the article and the underlying economics are correct.  The fact remains Solyndra has not hired those 1,000 additional employees.  Low demand for solar panels has hampered the market, however, President Obama still champions solar and other green energy investments.

In his 2011 State of the Union Address, Obama continued his claim that green energy investments will create jobs and bolster the economy.  The President said:

We’ll invest in biomedical research, information technology, and especially clean energy technology -– (applause) — an investment that will strengthen our security, protect our planet, and create countless new jobs for our people.

We’ve begun to reinvent our energy policy. We’re not just handing out money.  We’re issuing a challenge.  We’re telling America’s scientists and engineers that if they assemble teams of the best minds in their fields, and focus on the hardest problems in clean energy, we’ll fund the Apollo projects of our time.

Again, I apologize to those who read the initial post and were misled. 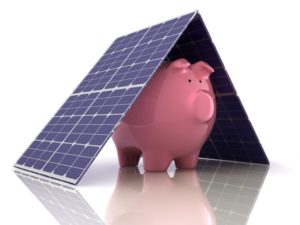 stop lying to the Americansource: istockphotopeople.  There is no middle ground.

In his speech, the President said:

No area is more ripe for such innovation than energy. You can see the results of last year’s investments in clean energy – in the North Carolina company that will create 1,200 jobs nationwide helping to make advanced batteries; or in the California business that will put a thousand people to work making solar panels.

And what California company did the President reference?  All evidence points to Solyndra – a Fremont-based solar panel company.

There’s a problem: the President’s “put a thousand people to work” claim is false.  It’s something he – or, at the very least his staff helping prepare the address – should know.  Obama and Solyndra have a history.

In late 2009, the Obama Administration gave Solyndra a $535 million taxpayer handout from the stimulus bill.  Obama has toured the Solyndra facility and championed Solyndra as an example of successful solar energy investment.

Since 2009, however, things haven’t been so bright for Solyndra.  As I pointed out in a commentary published this past Sunday in the Salt Lake City Deseret News:

If this is the best solar success story he can find, the future looks dim … Heralding Solyndra as the cornerstone of its $787 billion stimulus bill, the administration claimed at the time that the taxpayers’ investment would create as many as 1,000 jobs. In November [2010], however, Solyndra announced it would not expand as planned and would not hire 1,000 new workers. Instead, Solyndra announced the layoffs of 175 full and part-time workers.

Perhaps Obama repeated the claim about Solyndra creating a thousand jobs because the White House has said it so many times, he has come to believe it’s the truth.  Vice President Biden makes the same false claim in this September 2009 announcement; it is repeated in this May 2010 White House press release; and President Obama repeats it in this May 2010 speech at a Solyndra plant (at the 14 minute mark).

So what did the White House say when I called and emailed to confirm that it was indeed Solyndra that President Obama referenced in his State if the Union Address?  Nothing.

Over the span of a week, I left four voicemails and sent three emails to the White House Press Office.  I left the messages with White House spokesperson, Clark Stevens, who I was told is the point person for the President’s energy statements.  Mr. Stevens did not have the decency to pick up the phone or send a quick email in response to my simple request.

After Obama fires that fact checker, he may want to retract the claim that his is the most open and transparent Administration ever.

Frustrated with the White House’s obstinacy, I called Solyndra directly.  I spoke with an employee named Joe who confidently confirmed that it was Solyndra that President Obama was talking about in the State of the Union Address.  Joe claimed the company was proud of this accolade.

Considering the company knows that it lost the American taxpayers $535 million and actually lost jobs since 2009, it may want to cancel any plans for a ticker-tape parade.

Solyndra’s announcement that it would not hire 1,000 additional workers and that it would in act lay off nearly 200 employees was last November 2.  President Obama gave the State of the Union Address January 25 this year.  In that nearly three-month span, someone at the White House should have noticed that it wasn’t getting much return on its “cornerstone” green energy investment.