ConservativeBlog.org
Posted at 04:48h in Articles, Blog by Amy Ridenour 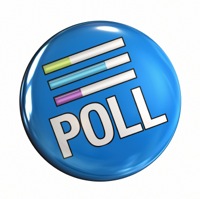 A poll indicates that Wisconsin Gov. Scott Walker is not going far enough. There is substantial public support for ending all public sector unionism.

A Feb. 4-8, 2011 poll by the nonpartisan Clarus Research Group reveals that only 29% of voters support government employees being represented by unions. Walker is merely attempting to reduce the power of a few of them.

Only 10% of Republicans and 23% of independents think public employees should be represented by unions. On the other hand, 49% of Democrats do so. Voters in the Northeast were most supportive of public employee unionization (42%) and the South was least favorable (24%).

“As pressures to cut state and federal budgets intensify, government employee unions are likely to become a major issue in the 2012 election,” said Ron Faucheux, President of Clarus Research Group.

The survey was taken by Clarus Research Group, a nonpartisan polling firm based in Washington, D.C., Feb. 4-8, 2011 of a representative, nationwide sample of 1,001 registered voters. Interviewing was conducted by live telephone calls. The margin of error is +/-3.1 percent. Poll questioned asked: “Do you think government employees should be represented by labor unions that bargain for higher pay, benefits and pensions… or do you think government employees should not be represented by labor unions?”

Note that less than half (though within the margin of error) even of registered Democrats support the unionization of government workers, an amazing statistic given that the Democrats officially have supported this, and virulently so, for half a century now.

This suggest to me that elected representatives have a great deal of room to maneuver in terms of attracting public support to decertify public unions and bring labor costs under control (especially true in the South, West and Midwest, where only 24%, 29% and 27% of voters respectively support government unions, but even in the Northeast, government unions receive only 40% support). This would help states meet their Medicaid (health care for the poor) obligations. The federal ObamaCare “health reform” law is requiring states to dramatically expand their Medicaid expenditures.