ConservativeBlog.org
Posted at 11:38h in Articles, Blog by David Almasi 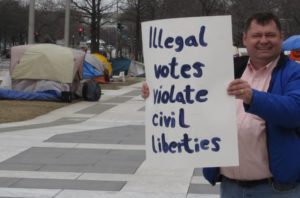 On a cold Monday morning, the National Center “Occupy Occupy D.C.” street team hit Freedom Plaza to fight for civil liberties.  In particular, they advocated today to make sure that every vote counts in American elections by making sure that no voter has their ballot stolen from them or cancelled out by a fraudulent voter. 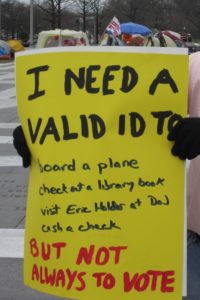 In other words, states are right to enact voter ID requirements at the polls. 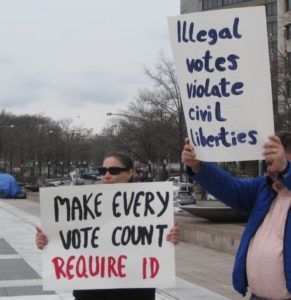 If one needs an ID to do so many other things in America, how crazy is it that the solemn and important practice of voting can be so lightly protected?  And why are new protections at the state level being denounced by the liberal establishment?  After all, aren’t liberals the ones so concerned about the voting process in 2000?

Looking at the arguments and the facts, it would seem that the only ones who could be opposed to increasing ballot security are those exploiting the laxity of the system as it is now.