ConservativeBlog.org
Posted at 09:37h in Blog by David Almasi 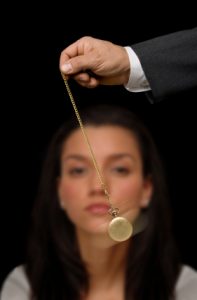 Your eyes are getting heavy… you are falling into a relaxed state of consciousness… what color Chevy Volt would you like to order?

Klepto the Mediocre, a self-taught hypnotist, will appear in Washington, D.C.’s Freedom Plaza (13th and Pennsylvania Avenue NW) at noontime on Tuesday as part of the National Center for Public Policy Research’s “Occupy Occupy D.C.” series of events.

“I’m usually detailed to the Transportation Security Administration, where I try to convince people that excessive pat-downs of the elderly is an effective way to fight terrorism,” said Klepto, “Selling the Occupy hippies on electric cars should be like shooting fish in a barrel, but I expect problems. They don’t seem to have steady incomes, and being green takes a lot of green if you know what I mean.”