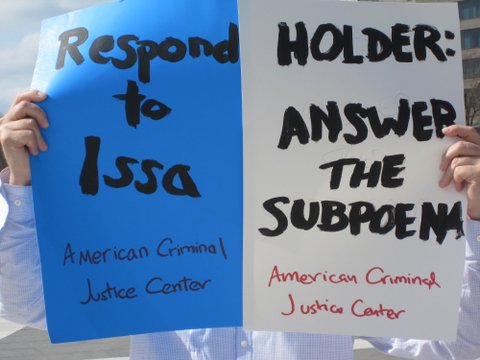 Demanding that Attorney General Eric Holder answer House Committee on Oversight and Government Reform Chairman Darrell Issa’s subpoena for Operation Fast and Furious records from the U.S. Department of Justice is a major concern of the supporters of the National Center’s American Criminal Justice Program. 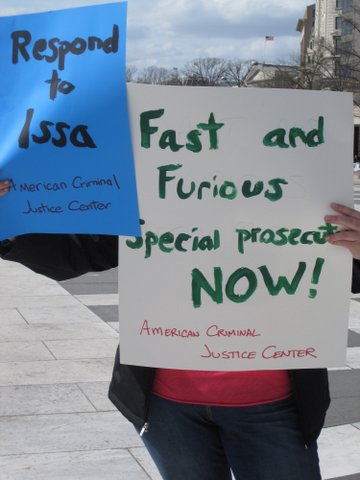 “Occupy Occupy D.C.” acted as their megaphone on Thursday.  Posted here are some of the signs that graced the granite at Freedom Plaza demanding that Holder feel the heat. 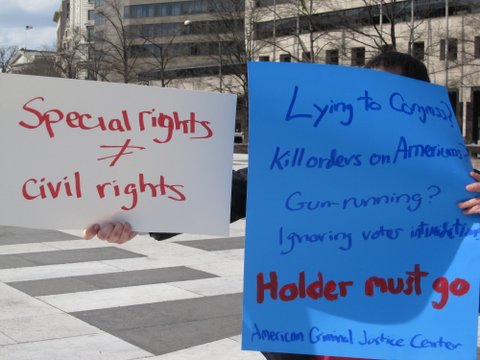 Despite the differences with the Occupy D.C. folks on the size of government and tax policy, one issue that should be of concern to just about everyone is the issue of holding federal law enforcement officials accountable.  That’s why it’s time for Eric Holder to answer the Issa subpoena.