ConservativeBlog.org
Posted at 03:32h in Articles, Blog by David Ridenour 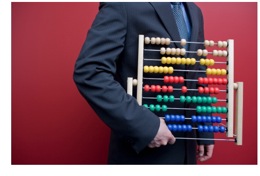 The Washington Post’s Dana Milbank provides a link to a tax calculator that purports to show taxpayers how much they’ll benefit should the Buffett Rule – President Obama’s proposed tax hike on millionaires – be enacted. (See Milbank’s excellent column here).

The problem is that when you use the calculator, it shows that taxpayers won’t receive any benefits whatsoever. That is, unless you consider the vicarious thrill of seeing Uncle Sam stick it to someone else a “benefit.”

The calculator is pretty funny.

If you enter an income of $250,000 or more (married with children), it won’t show you either what the typical tax rate is on that amount now nor what it would be under the Buffett Rule. Instead, it shows you what the tax rate would be if your income is $42,500, which is 20.6%.

When you hit the button to find how you’d benefit from the Buffett rule, the calculator shows no change in your tax rate, no matter what your income level.

Let’s say you’re a couple with children with an income of $80,000 per year. Your typical tax rate would be 16.6% before the Buffett rule. After the Buffet rule, it would drop to an incredibly low 16.6%.

The good news is that, with the Buffett rule, you can feel good about the fact that millionaires and billionaires – such as the 400 top wage earners who’ve been getting away with paying an average of just 18.1% – would be forced to pony up 30%.

Hot damn! Sign me up! Don’t know about you, but I know exactly how I’m going to spend my Buffet Rule windfall… of zero.

I don’t think that sticking it to somebody else without a corresponding tax benefit is going to be as effective an inducement for the public to support the Buffett Rule as Mr. Obama thinks.