To celebrate convicted cop-killer Mumia Abu-Jamal’s birthday, a leftist rabble congregated outside the Justice Department on April 24 to push their various radical causes.

Among the seven stated demands (including freeing Mumia and “hands off immigrants”) or any of the other causes (freeing Wikileaks accomplice Bradley Manning) of the “Occupy the Justice Department” rally, not one person was there to protect ballot integrity in light of the Attorney General Eric Holder’s war on state-level voter identification legislation. 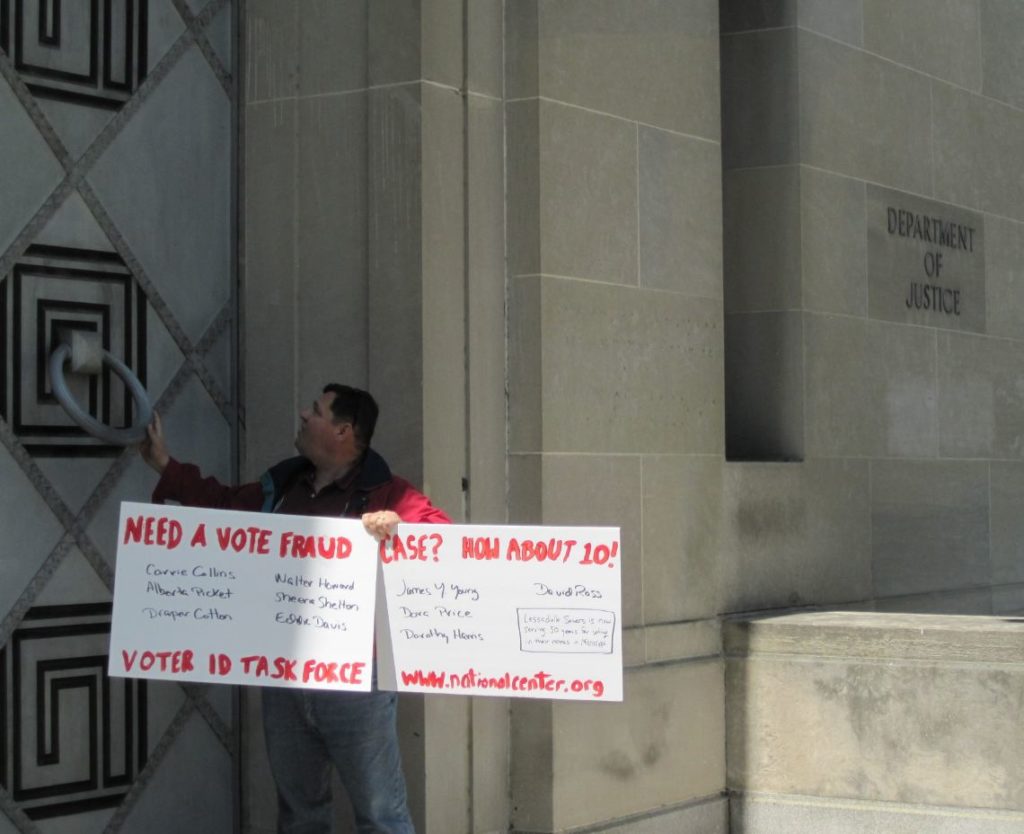 That is, until the National Center arrived. 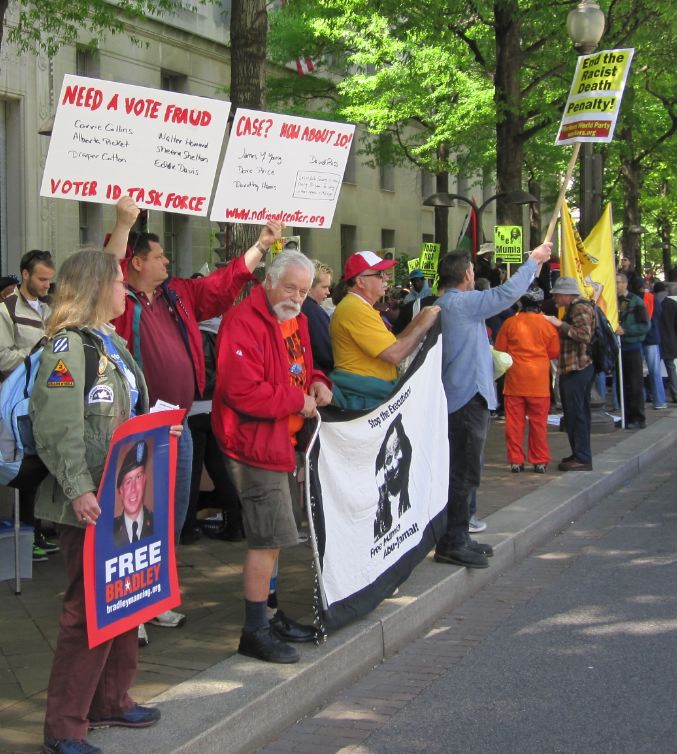 Lessadolla Sowers, a one-time county official for the NAACP in Mississippi, was convicted of voting in their names and sentenced to 50 years in prison for her crime.  Here’s ten people — four of them dead — who had votes cast in their name without their consent.  Is that enough for them?  Aren’t these the people who say an injustice to one is an injustice to all?

While the crowd was lackluster — perhaps 250 at best in the first hour and a half of a two-hour rally — there was at least one celebrity guest there early.  Actor Danny Glover and professional radical Frances Fox Piven had not yet arrived, but King Samir Shabazz — one of the three New Black Panther Party members whose case was settled by the Obama Justice Department for alleged voter intimidation in Philadelphia in 2008 — was there early.

The National Center left before the planned “acts of civil disobedience.”