ConservativeBlog.org
Posted at 13:38h in Blog, Health by David Almasi

When New York City’s mayor/bully Michael Bloomberg announced his intention to ban what businesses he can regulate from selling some sugary drinks over 16 ounces at a time, he acknowledged there were loopholes large enough to drive a New York City bus through.

For example, groceries and convenience stores are apparently not within the reach of his handpicked Board of Health.  There is nothing stopping 7-11 from introducing an 80-ounce soda cup on the same day that New York City street vendors must stop selling Gatorade or Sprite to parched patrons more than a pint at a time.

At the press conference announcing his newest addition to his empire’s nanny state of mind, Bloomberg admitted the 16-ounce cup wasn’t even an effective governor of behavior: “Your argument, I guess, could be that it’s a little less convenient to have to carry two 16-ounce drinks to your seat in the movie theater rather than one 32 ounce.” 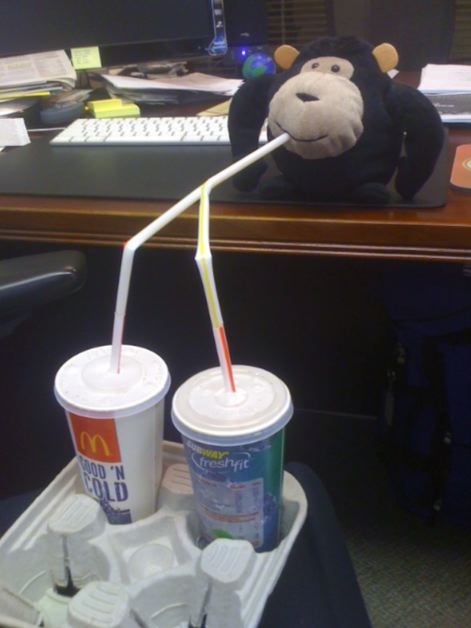 Great minds at The National Center developed the “Bloomberg Super Straw” to beat back the mayor’s assault on freedom of choice.  Using the straw and the carrier, New Yorkers can easily continue to enjoy 32 ounces of soda or other banned beverages to the Mikey’s great consternation.