ConservativeBlog.org
Posted at 18:16h in Articles, Blog by David Almasi

South Carolina v. United States is being argued at the E. Barrett Prettyman Federal Courthouse, right by the National Mall and the U.S. Capitol Building where Constitution and Pennsylvania Avenues meet.

While Obama Administration lawyer Bradley Heard argued earlier this week that South Carolina’s law to prevent identity theft at the polls by requiring proof of identity such as a driver’s license will have a “retrogressive effect” on potential minority voters, armed guards at the entrances of Prettyman Courthouse operated on orders that “all visitors must show a photo ID issued by a government agency, such as a driver’s license.” 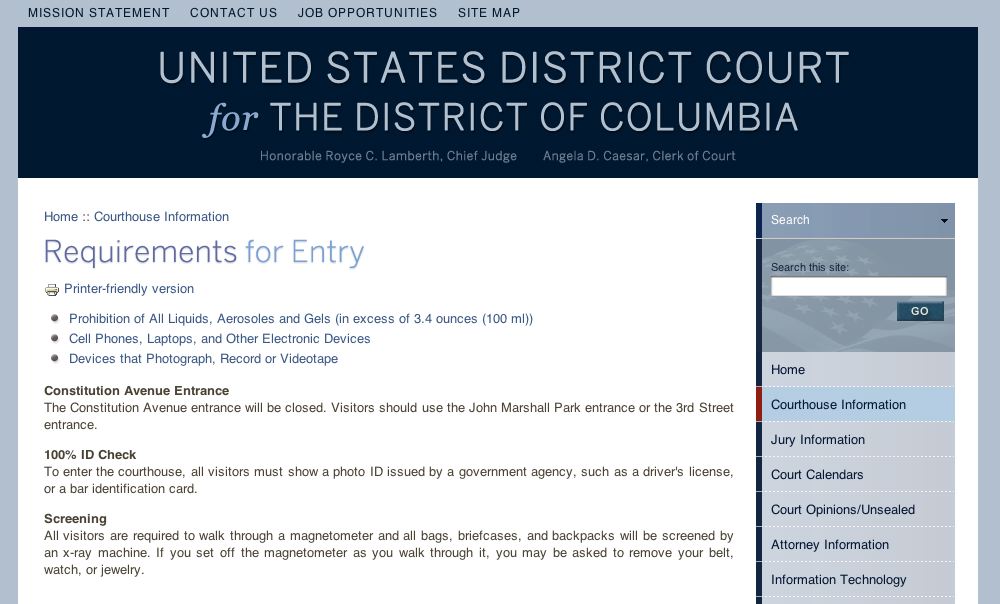 This fact, by the way, was acknowledged by South Carolina lawyers in a pre-trial legal brief.  They noted: “Voter ID laws do not burden the right to vote 9or any other right) any more than courthouse ID checks burden the right of access to the courts.”

Oh, and the Obama Administration’s case against the Texas voter ID law was also argued at the Prettyman Courthouse.