ConservativeBlog.org
Posted at 16:32h in Blog, Health by David Almasi 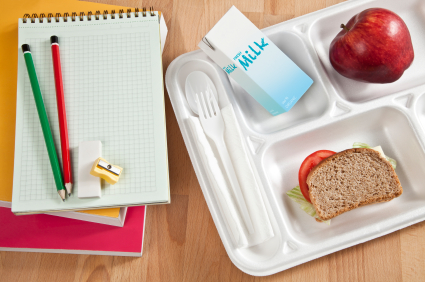 While the media fixated on the teachers’ strike in Chicago, there was little notice of a student uprising just across the border in Wisconsin.  Their beef?  A lack of beef in their lunches, among other things — thanks in part to First Lady Michelle Obama.

Students in the Milwaukee suburb of Muckonago went on strike earlier this week — boycotting cafeteria-served lunches.  They were protesting the federally-mandated small portion sizes imposed that are being imposed on them and students across America in a one-size-fits-all effort by the Obama Administration to allegedly keep kids in smaller clothing sizes.

But students, teachers and administrators feel that these mandated smaller portion sizes put students at a greater risk because they are not addressing the fact that there is a diversity of sizes and caloric needs among any student body.

Last week, this blog reported how the Alexandria (Virginia) City Public Schools were removing peanut butter and jelly sandwiches from the school-sponsored lunch menu because the popular sandwich could bust the cap on federally-regulated student “grain intake.”  This cap was set in place by the “Healthy Hunger-Free Kids Act,” signed into law in 2010 as a stick to enforce Michelle Obama’s “Let’s Move” anti-obesity campaign to get more kids to eat carrots.

Because school administrators do not want to lose their U.S. Department of Agriculture-administered lunch subsidies for needy kids, students nationwide are finding their schools are revising their lunch offerings and portion sizes to adhere to standards dreamed up by D.C. desk jockeys and not the planning of school district dieticians.

The trouble in Wisconsin and other places is that this same regulatory standard applies to the tiniest girl and the brawniest guy equally.  In short, the rules do not take into account the rich diversity of the student body and why people eat the way that they do.

Consider the plight of Muckwonago High School senior Nick Blohm.  The Milwaukee Journal Sentinel reported that the 6’ 3”, 210-pound Blohm — a linebacker on the school football team who spends over three hours in weight training and football practices in addition to going to class — likely burns over 3,000 calories a day at school while being restricted to only 850 calories in the school’s lunch line.  The cafeteria’s Obamasized “super nacho plate,” for example, contains only eight tortilla chips.

School lunches also cost a dime more this year to be comparable to the higher federal reimbursement rate for USDA-subsidized lunches.

Clay Iverson, the school’s head football coach, fears for the safety of his players under Washington’s new weight-loss plan.  He’s concerned that hunger-ravaged students will go home and binge on fare that’s not as healthy as what they might have otherwise gotten at school.

But, in the end, it was the students who showed the responsibility and wisdom that seems to be lacking in their government.  They decided it was time to organize and make a statement.

On September 17, when only select Chicago schools were open for the purposes of serving subsidized meals to needy students, most of the students in Muckwonago boycotted cafeteria service.  The Journal Sentinel reported approximately 70 percent of the high school students joined the lunch out, and almost half of the district’s grade schoolers also joined the protest.

Students in Muckwonago schools are still allowed to bring their own lunches.  These homemade meals are not yet subjected to USDA approval.  Yet.

The students’ protest did not fall on deaf ears — at least not locally.  Pam Harris, who runs the school district’s food services, heard their cries for sanity wants to find a common ground.  She certainly wants students to eat better, but she also realizes what Michelle Obama and the USDA seem to forget (or choose to ignore) — that food preferences and obesity are not always the same thing.

Harris plans to send the USDA student and parent comments she collects on the new food dictates in hopes that this school protest can make D.C. regulators reconsider.