Posted at 12:34h in Articles by The National Center 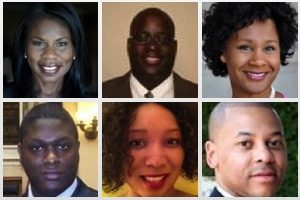 What does Barack Obama focus on in his State of the Union Address? Increased spending (call it investment). More taxes (call it revenue). Throw in a healthy dose of class warfare to ease it down the throats of the opposition and the American people. And a hilarious promise we’ve heard before that all this won’t raise the debt by “a single dime.” Black conservatives with the National Center’s Project 21 black leadership network found President Obama’s speech appalling in its sheer scope of big-government overreach and in its profound disrespect for America’s founding principles. Read commentary from Lisa Fritsch, Darryn “Dutch” Martin, Cherylyn Harley LeBon, Coby Dillard, Stacy Washington and Derryck Green. Full story here.

Where’s the Lefty Outrage as More Jobs Cut Due to ObamaCare?

Leftists howled over Papa Johns and Denny’s cutting back employees’ hours due to ObamaCare. Now the Commonwealth of Virginia, various colleges and universities, and more big-name private employers are cutting back, too. The National Center’s newest senior fellow, David Hogberg, Ph.D., asks “Where’s the lefty outrage?” Perhaps even the liberals are starting to understand the unpleasant effect ObamaCare will have on the U.S. labor market. Full story here.

Interviewed on the Fox News Channel, National Center Adjunct Fellow and Project 21 Co-Chairman discussed the “staggering” amount of information newer automobiles gather about driver habits and travels. He also warned how proposed federal regulations to allow government access to that data does not adequately protect Americans from having personal information about their time behind the wheel abusively mined by the government or even by private entities that may include advertisers and even stalkers. As Horace notes, “If you create data, people are going to come for it.” Full story, including video, here.

When It Comes to Gun Violence, Why Won’t the White House Criticize Hollywood?

President Obama is demanding gun control legislation from Congress immediately, but one thing Obama still hasn’t adequately addressed is the culture and how games and Hollywood could do their part by marketing less violent fare.  Why?  National Center Executive Director David Almasi says it likely boils down to politics and money.  He says, the White House won’t criticize Hollywood because so many people in the film industry have given him money. Full story here.

Are Electronic Cigarettes Bad for You?  Our Jeff Stier Debates in The Daily Beast

Are electronic cigarettes bad for you? The Daily Beast’s Eli Lake says he’s addicted to them, but compares their safety to “inhaling Chinese-made antifreeze.” The National Center’s Jeff Stier and Gregory Conley of the Smoke-Free Alternatives Association counter that Lake’s comparison is “silly,” adding: “By giving readers the false impression that the toxicity of the carrier ingredient used in some e-cigarettes is somehow comparable antifreeze, Lake has potentially warned off hundreds or thousands of smokers from a method that has been estimated by the real experts to be about 100 time less harmful than smoking.”  Full story here.

Interviewed on Glenn Beck’s The Blaze TV, Project 21’s Derryck Green says the recent minor compromise for religious institutions that the White House offered on its ObamaCare contraception mandate must “go a lot further.”  Derryck told host Amy Holmes of the Blaze TV program “Real News” on February 5 that the HHS mandate is still unacceptable because it discriminates against people of faith. Full story, including video, here. A paper by the National Center’s Horace Cooper on why the HHS mandate is unconstitutional is here.

How to Interview Our Personnel