ConservativeBlog.org
Posted at 14:44h in Articles, Blog by The National Center

What does the owner of a chain of funky natural food stores, revered for the quality of its fruit and produce, have in common with the buttoned-up, multi-billionaire scion of a publishing empire? 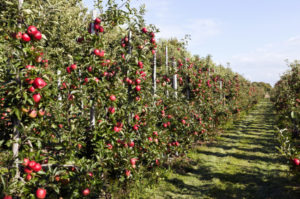 While, at first glance, they’re as different as apples and oranges, Whole Foods CEO John Mackey and publishing executive Malcolm Stevenson “Steve” Forbes are both passionate about capitalism, seeing business as inherently good.

As Chairman and Editor-In-Chief of Forbes, Inc., Mr. Forbes is very much Mr. Establishment, supervising the global conglomerate originally founded by his grandfather in 1917.

But as authors of books on business, both men believe free enterprise and free markets create opportunities for people seeking to serve one another while striving for self-fulfillment and personal happiness.

The 72,000 dedicated employees at Mr. Mackey’s Whole Foods serve loyal customers through 344 stores in the U.S., Canada and the U.K., racking up an impressive $11.7 billion annually and record profits in the process.

In his Conscious Capitalism: Liberating the Heroic Spirit of Business, Mr. Mackey explains how it’s Whole Foods’ business philosophy that’s behind the company’s success; that a commitment to good business practices will secure a “more cooperative, humane and positive future.”

Business is fundamentally about people working together cooperatively to create value for other people.

This is what we know to be true: business is good because it creates value, it is ethical because it is based on voluntary exchange, it is noble because it can elevate our existence, and it is heroic because it lifts people out of poverty and creates prosperity.

Both authors share a disdain for big governments that confiscate company’s profits – or family earnings – and transfer them to politically connected rent-seeking corporations in the form of subsidies.

Mr. Forbes describes this as a struggle between meritocracy and crony capitalism:

Big government is supposed to promote ‘equal opportunity,’ ‘fairness,’ and ‘equality.’  But it actually encourages few-dalism.  Political cronyism and crony capitalism channel privileges to the favored few – the bureaucratic elite and their special interest constituents.  The most egregious examples of political aristocracy are found within the biggest governments, especially socialist or communist regimes ostensibly dedicated to ‘equality.’

Crony capitalists and governments have become locked in an unholy embrace, elevating the narrow, self-serving interests of the few over hte well-being of the many.  They use the coercive power of government to secure advantages not enjoyed by others: regulations that favor them but hinder competitors, laws that prevent market entry, and government-sanctioned cartels.

Mr. Forbes argues that capitalism and free markets succeed in “creating opportunity and abundance,” and “bringing out the best in people.”

…are the by-product of higher purposes, great products and service, customer delight, team member happiness, and social and environmental stewardship.

To describe his particular brand of “conscious capitalism,” Mr. Mackey uses words like “love” and “healing,” ususual words for a book about business and economics.

He describes a commitment to a “higher purpose” and the process of “self actualization,” left-speak for Ayn Rand’s philosophy of “selfishness.” 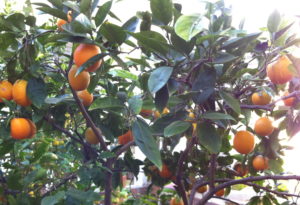 While Steve Forbes and John Mackey are both successful businessmen, they come from very different backgrounds.

Apples and oranges, they should see the world very differently.  But they don’t.

They are bound by a shared philosophy, a profound belief in the fine fruits of free market capitalism.

When engaged in consciously and respectfully, Mr. Forbes and Mr. Mackey believe capitalism is inherently good and liberates people.  Simple but true.